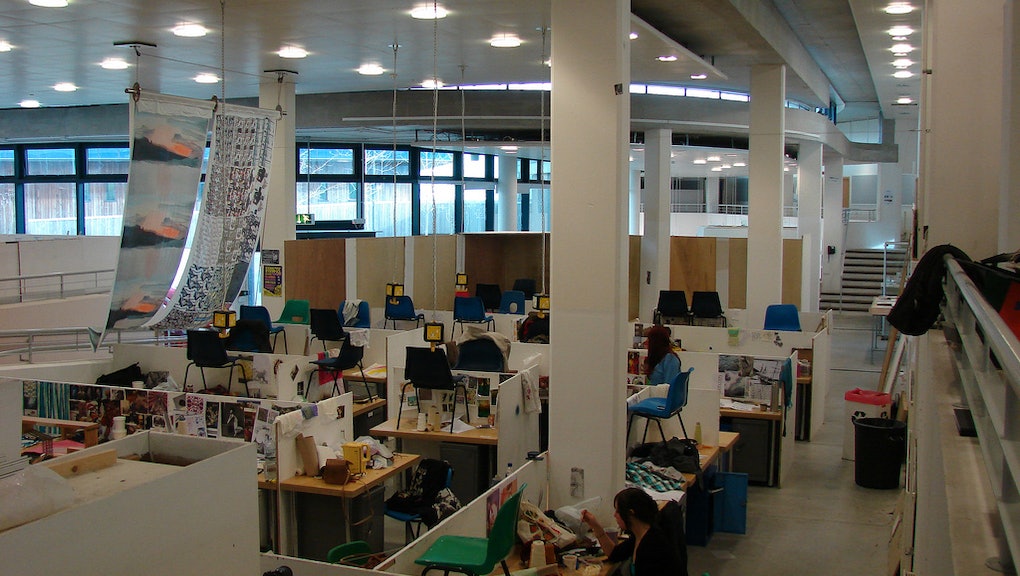 Older generations have long told millennials that, in order to be successful, we must find a mentor. To that I say: why should I bother?

It's not that I don't have mentors, our relationships are just different than generations past. Take the former boss who has taken to calling me "Special Snowflake" ever since I wrote this piece about millennial haters, and who regularly jokes that "snowflakes melt." Of course, he says such things in jest, but I do look to him as a reliable sounding board for me in my career. It's just not the same as having a steady, older person to show me the ropes like in days of yore .

Consider this: an older CEO of a company I know still works closely with the man who brought him into the business, who he credits with investing in him and helping him achieve great success. They have the classic mentor-mentee relationship. Although retired and in his late 80s, the CEO’s mentor visited the company office to address the entire staff, sharing his expertise and the history of the their relationship. These are the mentors of the past: solid, steady, titans of expertise.

Our generation has had to shift our perspective about mentoring, and the institution of the relationship has changed dramatically in just the past two decades. We don’t have what that CEO had. The traditional mentor ended with the Boomers, and Generation X and millennials are coping with that reality, approaching both mentoring and being mentored in entirely different ways.

First, we have to examine why things changed. Sometimes, we millennials are a little dismissive of the challenges faced by our immediate predecessors, but their experience plays an important role in shaping our own search for guidance and expertise.

Millennials may be called the "Me, Me, Me" generation, but Generation X was the slacker generation. They entered the workplace in the '90s to criticisms not dissimilar to the ones we get. By the time they got into management, political and economic upheaval began to change their fortunes. The recession of 2002 and 2003 essentially forced Gen X to pivot towards protecting their own careers and livelihoods, ramping up fierce competition between those that are our managers today.

This set the stage for a perfect storm for a mentor-less environment for millennials.  Economic and professional angst doesn’t easily lend itself to the confidence needed to guide younger workers, and may have led to an even greater incidence of impostor syndrome among highly successful professionals. This feeling of fraudulence thrives when competition is intense, and with Gen X just as likely to leave or lose their jobs due to mergers, downsizing, restructuring, or recession, the psychological impact is apparent. Gen X managers scarcely have time to consider mentoring millennials when they are struggling to remain competitive themselves and fighting their own internal demons.

Sue Howarth surmises that the reason millennial mentees and boomer or Gen X mentors aren't finding each other might be either a disconnect in networks (online vs. in person) or our willingness to leave a job instead of stay and work our way up, like earlier generations. The simple connections between a manager and a non-manager take time to develop, and because millennials communicate differently and change jobs rapidly, the emotional ties between potential mentors and mentees aren’t materializing.

Add that to the broader economic conditions that have exacerbated a deep misunderstanding of the priorities of many millennial workers, and it’s no wonder we haven’t met in the middle.

That’s not to say we don’t want someone helping us to learn new skills and perspectives that advance our careers. A study released in September found that millennials largely had positive views of their Gen X managers, but that only 33% of those surveyed believed their managers showed a willingness to mentor them, and 53% indicated they felt a mentor would help them become better and more productive in their positions. Another survey suggested a full 75% of millennials want a mentor who can act as a friend and a guide, while simultaneously indicated that millennials felt they could teach something to their elders.

Those who perceive this symbiotic approach to mentoring as narcissistic and entitled are missing the underlying conditions.

Millennials are adapting. While many lament the loss of face-to-face interaction, millennials are learning to embrace it. We have begun supplementing mentoring, seeking affirmation from peers and crowd-sourcing mentors from a personal board of directors. Tools like LinkedIn give us the opportunity to develop relationships with other professionals and to cull our pools of contacts into specialized sounding boards for guidance.

Why have one mentor when you can have eight?

As for Generation X, they face growing calls to urge others to mentor young people and view us as something other than the competition, and even suggestions that doing so will advance their own careers. Introducing a mentee to upper-level management helps them to see value in skills such as delegation, providing training, and delivering superior work products. Feel like you can learn something from your mentees who are eager to share just as much as they want to absorb? Try reverse mentoring says the Harvard Business Review, or group mentoring that feeds directly into the type of guidance and assistance millennials seek.

A shift is occurring as it becomes more apparent that the long-term relationships of the past are nearly impossible to revive. We special snowflakes are changing the game.

Don’t mistake that for a bad thing.