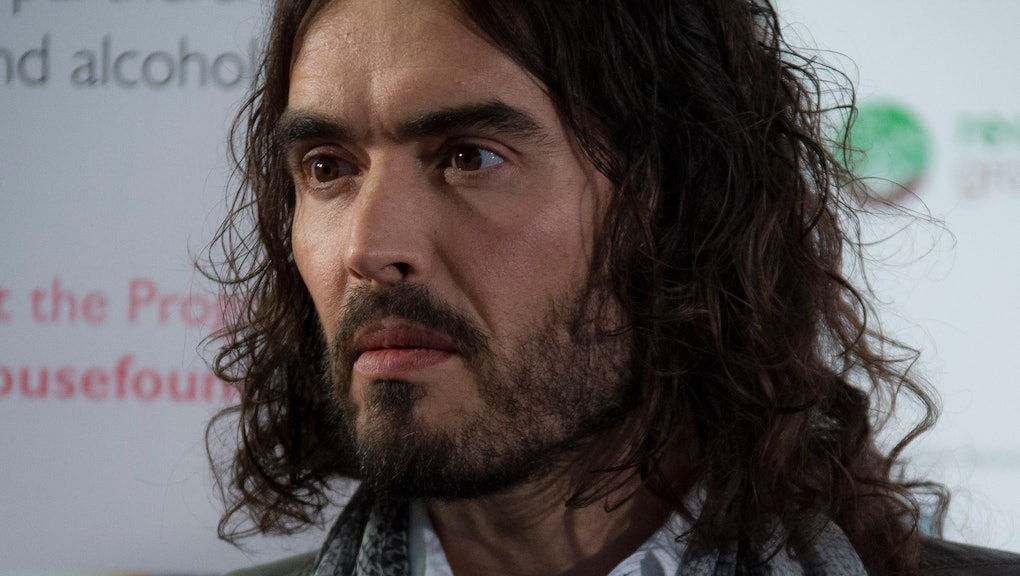 Russell Brand BBC Interview: He Was Impassioned, But Dead Wrong About Voting

A time-honored tradition of the left: A popular figure launches into an unexpected polemic, speaking barn-burning truth to a figure of establishment authority. Word spreads quickly. Soon, there is a newly minted hero, and fire burning in the eyes of young liberals.

The latest such episode came on Wednesday, when Russell Brand sat down with BBC Newsnight’s Jeremy Paxman and delivered a scathing indictment of Anglo-American politics.

It was the best kind of righteous fury, delivered in broad proclamations and imbued with an Old Testament sense of moral certitude. More than articulate, it was impassioned in the best sense. Its strength came not just from speaking truth but from speaking it with the ineffable ring of revolutionary fervor. It was poignant, in the way that makes the listener nod in involuntary agreement, not just knowing but sensing that what they’re hearing is important.

No wonder it went viral so quickly.

And Brand was right, for the most part: The democratic capitalism of the West has systematically failed to fulfill its promise. Despite the ostensible rule of the people, many are undeserved, or not served at all. Imperial war continues. Economic disparity widens while the planet erodes. Our system seems unable to stop any of it, and so radical, perhaps revolutionary solutions are needed.

Yet all Brand’s salience came with a command, given in the form of self-defense: Until a genuine alternative is offered, he says, casting a ballot represents “tacit complicity” in the crimes of ruling classes. So he doesn’t vote. If you share his outrage, he implies, neither should you.

On this, Brand is dead wrong, and if his interview causes even one young leftist to stay home next election, he has done more harm than good.

I don’t say this from a place of phony moderation. Civics-class cheerleading withers in the face of polemics like Brand’s — just look at Paxman. No, I say this because like Brand, I care about the left. The necessity of strategic voting is a moral imperative for any leftist, and must be defended with fitting fire. Brand says voting is complicity in an oppressive system? I say that failing to vote for the most viable left-leaning candidate every chance you get is complicity in starvation and murder.

There are problems with our current system, deep ones that no amount of voting can redress. But this does not mean that the outcomes of elections don’t seriously affect the lives of real people. Consider the recent election: In 2012, there was a one in 1,000,000 chance that the presidency would come down to a single vote in Colorado (despite how they sound, those aren’t trivial odds: Illinois was closer to one in 1,000,000,000,000). If Mitt Romney had won, the Affordable Care Act would be repealed, and as a consequence 30 million people would have remained uninsured. Of every 30, conservatively assume just one would have died as a result. Apply some simple math to get the following: If Romney had prevailed, anyone who could have voted in Colorado (and would have voted for President Obama) but didn’t killed at least one person through negligence.

This is an American example, of course, but do you really believe there are not similar stakes in Brand’s England?

No matter where you are in the West, if a reactionary wins office, then the chances of cuts to vital services — education, food, and medicine — go up. Each vote not cast contributes to these odds, and many elections are close enough that just a little bit of apathy can make the difference. If you had the power to influence the outcome but didn’t, you are complicit in whatever comes.

We cannot forfeit what influence we have right now, no matter how imperfect, just to maintain an abstract sense of moral purity. Not when mothers cannot feed their children and women might not keep the right to choose.

We are not such simple people that our choices are vote or revolution, complicity or seeking change. We can do both. Yes, we must seek fundamental change, but in the meantime, we must use present means to do what good we can. There will be many days yet when an election is being held, and not a revolution. Allowing future greatness to become the enemy of present goodness will not sweeten the suffering of those presently in need.

Anger can be useful in politics, and anger used to lend emotional resonance to truth doubly so. Brand is right: We must seek genuine alternatives, and if rage fuels you in that cause, then keep raging. But first, let me add a little more kindling to the fire: If you fail to mitigate the suffering of even one person by refusing to cast a vote every chance you get, you aren’t refusing complicity in an evil system — you’re becoming complicit in evil.