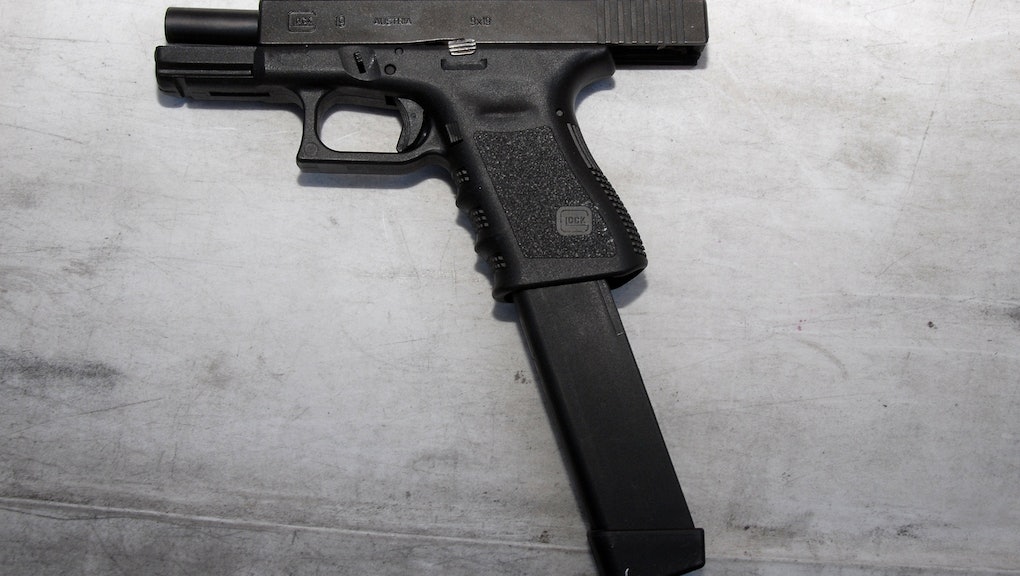 Every time there is a mass shooting by a deranged shooter, talks of enacting more gun control measures resurface. On Tuesday, a 12-year-old boy at a middle school in Sparks, Nev., shot and killed a math teacher, Matthew Landsberry, with a 9mm semi-automatic pistol. Two 12-year-old boys were injured. The teacher, a former Marine who served in Afghanistan, heroically placed himself between the killer and other students and tried to talk the student out of harming others. Sadly, the teacher was unsuccessful and the student killed him, then took his own life. None of the school district’s 38 resource police officers were on the school’s campus at the time of the shooting.

The Obama administration responded immediately by calling for more gun control measures, but it is extremely unlikely more gun control laws would have prevented this shooting. The current effort to ban assault rifles again wouldn’t ban this 9mm pistol. The student got the gun from his parents' because they apparently failed to keep it securely locked up. The gun control lobby will clamor for trigger locks and gun safe requirements, claiming they would have prevented this senseless murder (some insurance companies will not provide home insurance for gun owners unless there are trigger locks in the home) but that doesn’t stop irresponsible individuals from failing to use the trigger locks and gun safes. Passing more gun control laws just means more mass shootings will involve illegal activity.

The problem isn’t guns, it is people. There will always be evil people, and there will always be irresponsible people. In the modern era, parents are permissively and lazily allowing their children to play unlimited violent video games and watch unlimited violent television. Studies have proved over and over again there is a correlation between high levels of these activities and violent behavior in children. As long as parents are allowing these savage mediums to babysit their kids, instead of taking the time to really parent them, some of these children are going to act out violent tendencies.

Unless this bad parenting can be changed, the best way to reduce these tragic shootings is to arm teachers or ensure that an armed school resource officer is nearby. Gun Owners of America is urging teachers to learn how to shoot firearms and carry concealed weapons. As NRA CEO and Vice President Wayne LaPierre said after the Sandy Hook school shooting, “The only thing that stops a bad guy with a gun is a good guy with a gun.”

Banning guns won’t stop violence. There have been killing sprees with knives and bombs. Three people were killed and 264 injured when the Tsarnaev brothers set off two bombs at the Boston Marathon in April earlier this year. In September, a student in Houston stabbed four other students with a knife at Spring High School, killing one of them. It is generally illegal to make a bomb, whereas owning a knife is generally not illegal. This reveals that it does not matter whether a particular type of weapon is banned or not; deranged people do not care about the law. The 9/11 terrorists did not use firearms. When they took over the airplanes with boxcutters, if there had been armed marshalls or pilots (and some would argue, passengers), the terrorists might have been stopped.

Countless statistics reveal that increasing gun control in countries does not reduce crime. A recent Harvard study found that countries with higher gun ownership often had lower murder rates. If people really want to stop senseless shootings, they need to get to the root of the problem and stop trying to apply a superficial Band-Aid that doesn’t work. Playing on people’s emotions by blaming guns does nothing but cruelly leave the door open for more victims down the road.