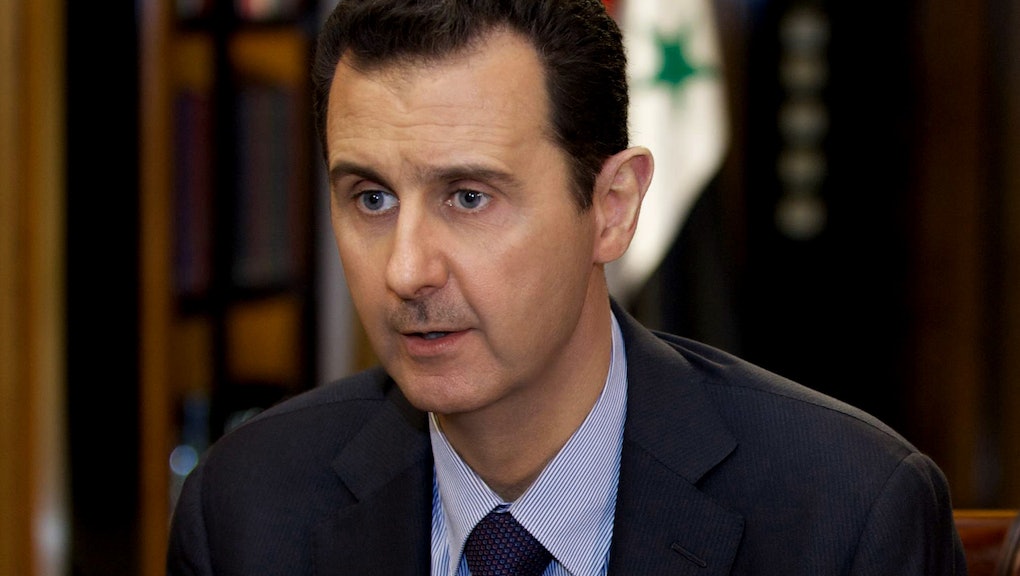 Geneva 2 Peace Summit Will Only Work If the Opposition Shows

Last summer in Geneva, major world powers including the United States, Russia, and China met with key Arab states to discuss ending the civil war in Syria. Meeting for only a day, all of the parties agreed that a “political transition” was necessary for peace, but did absolutely nothing to stop the fighting. Both Russia and China succeeded in stopping the other countries from demanding Bashar al-Assad’s ouster. Even worse, not one Syrian opposition party was present at the conference, suggesting the increased futility and lack of purpose of such a meeting.

A few days ago, the United States and Russia took the lead to schedule a second conference, known as Geneva 2, that they hope will take place in late November. The goal of the conference is to implement a ceasefire in Syria. Furthermore, it calls upon opposition groups to take substantial efforts to further peace and stability .

So, the fundamental question is this: Will Geneva 2 help end Syria’s crisis and resolve the matters pertaining to refugees and the establishment of peace?

If you look at the current situation, the conference is not really going to change the character of the conflict. Here’s why.

Syria's government, led by the dictator Bashar al-Assad, together with Russia and Iran support the meeting’s date and purpose. However, opposition groups, including the Syrian National Council, have refused to participate, a harbinger of greater disagreement and conflict. The Syrian National Council operates within the larger Syrian National Coalition (SNC), which serves as the umbrella group for the opposition. Their immediate demand is for Assad to step down as president of Syria (an unlikely move at this time); only then will they come to the negotiating table.

And you can't forget the more fundamentalist Islamist groups that want to turn Syria into an Islamic state. They are refusing to attend negotiations with the SNC, who they deem untrustworthy.

These factors explain how the deadlock in Syria will not be going away. Syria is so heavily polarized along political differing ideologies that a conference with only one side present will get nothing accomplished. We should all know by now that the future of Syria rests with its people, who include the entire opposition; simply having Assad present will not produce the peace everyone wants. For the first time, these opposition groups are actively expressing their hopes of self-determination in a regime that so ruthlessly suppresses dissent and targets potential challengers within the system. If they are not willing to find a diplomatic solution, then the conference will not accomplish its desired goals.

At the same time, a military solution will not end the conflict, as shown by the more than two-year struggle that has killed more than 100,000 and has displaced millions of Syrians. What need to be addressed are the political aspirations of the Syrian opposition and their visions on the future of the country. If Geneva 2 does not find a way to include all groups in the diplomatic process, peace may never be fully realized. Diplomacy in this situation should be privy to all parties involved.

The international community, including the UN and world powers, should more delicately approach the opposition groups, regardless of their ideologies. If we are hoping for real peace in Syria, pragmatic methods must be employed that favor cooperation over disagreement.