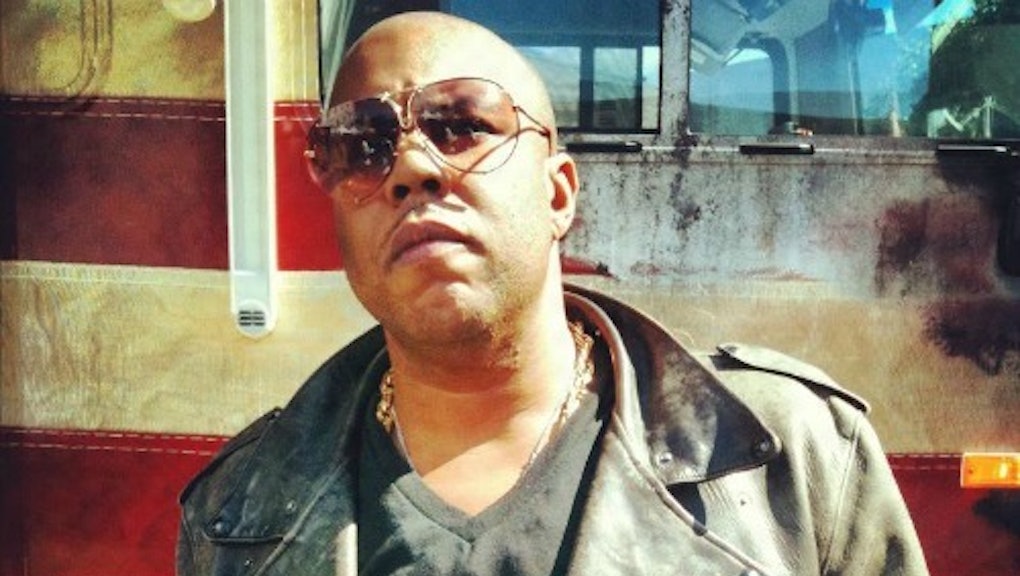 Dice Raw, singer and producer of The Roots, has a bone to pick with today's hip hop.

"The narrative that motherf*ckers use is overdone," he recently told PolicyMic in an interview. "It's like, 'Oh, I'm a gangster, I'm badass, I got all the bitches, I got all the money, I got all the drugs' ... I think that that is, kind of, leading people down a [wrong] path."

This beef with mainstream hip hop is but one motif in Raw's upcoming solo album Jimmy's Back, which is based on Ohio State Professor Michelle Alexander's book The New Jim Crow.

Dice's lyrical grievances are not just directed at those he sees as poseurs in the hip hop community. The album, scheduled for release on Thanksgiving, also takes issue with the larger problem of mass incarceration and what Raw sees as a system rigged against people of color.

"What's important to me is mass incarceration," he said. "Michelle Alexander — she's a Harvard graduate, doctor — her projections are [that] 75% of black males could be incarcerated 10 years, 15 years from now. That's 75%. What's to stop it from being 100%?"

He said that a lot of black youth are "desensitized to jail and what jail means." He continued, "Most people that I know that get locked up, like, they don't even view being incarcerated as a big deal. It's just an afterthought. They're like, 'Yeah, I gotta go do some time. By the way, what's for dinner tonight?' And I'll be like, 'Yo, what the f*ck you talkin' about?' That's a serious f*ckin' thing."

Raw's concerns are borne out by America's well-documented crime statistics. According to the New York Times, "The United States has less than 5% of the world's population. But it has almost a quarter of the world's prisoners." A vastly disproportionate number of these prisoners are black. And though policymakers have begun addressing America's staggering rate of imprisonment, it will likely be years before any real changes are made. It is against this depressing backdrop that Raw's new album is centered.

Yet his emphasis on social commentary should come as no surprise to fans of The Roots. The group has been ubiquitous in its commentary on issues facing America's poor and less fortunate, and has been active in promoting change and betterment of society. For Raw, a primary driver of those changes is the music.

"It's not about money for me," he said. "When I do sing, I feel like if it's not coming from the heart, what is it? This is something that's very dear to me. Like I said, my best friend, Wallace Peeples, he's been f*ckin' locked up since he was 13. That's a problem. He gave his life to the streets of Philadelphia when he was a kid and he really didn't know what that meant.

"The idea of someone standing up for that and saying, 'Yo, we don't have to necessarily subscribe to criminality,' I hope it will attract some people. And it will maybe deter somebody ... It may deter one person, and if it did, then I'm fine with that."

His belief in the power of social movements reflects a disillusionment with government and its institutions. This was a topic upon which Dice was more than happy to expound, particularly in regards to the President. "I knew I was being duped. [Barack Obama] is like the scam that you wanna believe is true ... Everybody was so happy, I kind of got swept up into it."

And yet, after a few minutes of airing his disillusionment with the president, Raw eventually came around. "Actually, I'm not disappointed with Barack Obama. He did slow-jamming the news with Jimmy Fallon and Black Thought. Done. I'm good," he said.

"[And] if George Bush comes back out of retirement and does the Arsenio Hall Show, I'll forgive him too."