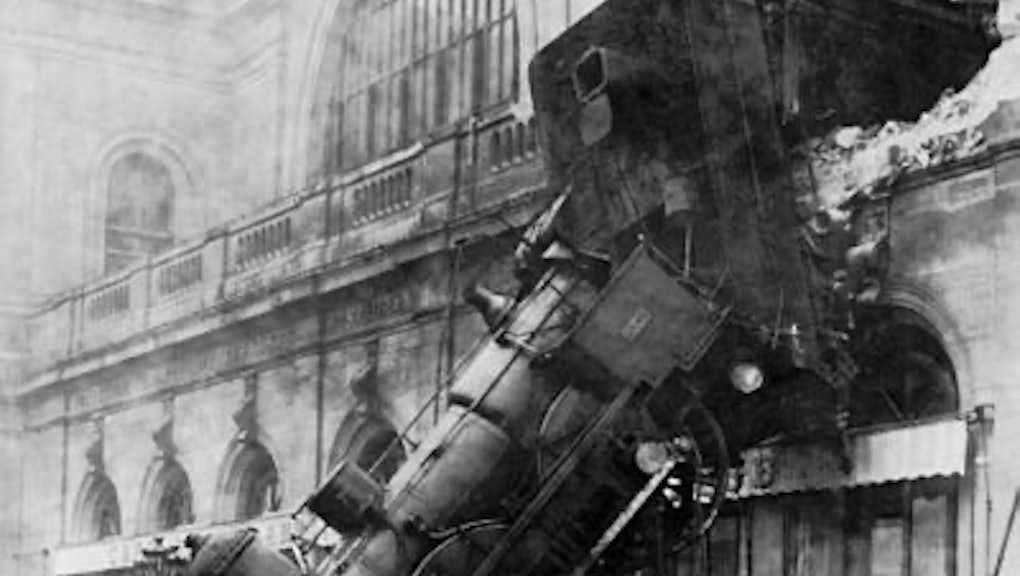 Every week, we see new examples of how our politicians and pundits have failed to set an example of civil debate, and have instead resorted to derisive, undefined, or otherwise unfair, unproductive, and evasive rhetoric.

Radio pundit Rush Limbaugh insists that Obamacare was never supposed to work, saying, "We've all known that this thing's designed to fail, to implode, to just create mass chaos and confusion, so as to facilitate what? Single payer. … You've got to take the private sector insurance industry out so that they are not an option when this thing bombs out, and that's being done" (October 24, 2013).

Limbaugh has made this accusation repeatedly against President Barack Obama and his allies, saying what they really want is a single-payer health care system. But he doesn't offer any evidence for the hidden, sinister intentions Democrats have behind Obamacare (any more than Democrats offer evidence for the hidden, sinister intentions that they allege Republicans and conservatives have). In other words, Limbaugh is just demonizing his opponents.

Facing questions about whether there was adequate preparation for the roll-out of Healthcare.gov, White House Press Secretary Jay Carney said, "These questions stem from the general direction of people who wanted to either eliminate Obamacare or delay it so they could eliminate it later" (October 24, 2013).

First of all, this is false. The malfunctioning website has been criticized by a lot of people, many of whom don't want Obamacare to fail. But, more importantly, who cares about the motivation behind the criticism? Carney is trying to dismiss the criticism on the basis of who is offering it, which is just to say he's engaging in ad hominem reasoning. All that matters is whether the content of the criticism is true, not who it comes from.

Facing criticism for the malfunctioning Healthcare.gov website which her department oversees, Health and Human Services Secretary Kathleen Sebelius answered calls for her resignation by saying, "The majority of people calling for me to resign I would say are people who I don't work for, and who do not want this program to work in the first place" (October 24, 2013).

Now, it's fair to argue whether somebody should be fired be fired or resign because of the problems with Healthcare.gov (and, if so, whether it should be Sebelius who goes). But, the fact that Sebelius doesn't work for her critics is irrelevant. Back in 2006, when the U.S. military was facing rising violence in the Iraq War, many people called for Defense Secretary Donald Rumsfeld to resign, and most of his critics were people Rumsfeld didn't work for. Was their criticism irrelevant?

More to the point, Sebelius is giving an ad hominem dismissal of the calls for her resignation, just like Carney was doing to criticism of the Healthcare.gov rollout.

During a congressional hearing on Healthcare.gov, Rep. Frank Pallone (D-N.J.) rejected criticisms of the website's privacy compliance, saying, "Here we have my Republican colleagues trying to scare everybody … No, I will not yield to this monkey court … you are trying to scare people so they don't apply, and so therefore the legislation gets delayed, or the Affordable Care Act gets defunded, or it's repealed. That's all it is, hoping people won't apply" (October 24, 2013).

There's a legitimate (and complicated) debate to be had about whether the website protects the privacy of peoples' medical and personal information. But Pallone is trying to dismiss these criticisms with accusations of fear-mongering, derisive language, unproven allegations of sinister intentions, and ad hominem reasoning. He would do better just to stick with the facts about what the website does and whether it complies with the law and peoples' expectations about what should happen with their medical and personal information.

Former Secretary of State Hillary Clinton faced a heckler recently (he accused her of letting Americans die in Benghazi, Libya), and responded by saying, "We have to be willing to come together as citizens to focus on the kind of future we want, which doesn't include yelling, it includes sitting down and talking with one another" (October 23, 2013).

This has been taken by some as a noble appeal for civility, but it's not a very convincing one. Politicians tend to appeal for civility in the abstract, leaving listeners with the impression that someone other than the speaker needs to clean up their act.

Clinton herself has a long career in politics in which she's engaged in a lot of derisive name-calling, and her appeal for civility didn't involve her taking responsibility for her own behavior. To the contrary, days after instructing us to avoid "suspicion, hatred, anger, anxiety" in politics, she gave a speech caricaturing her opponents as living in an "evidence-free zone," implying that Republicans and conservatives don't care about facts (which is a fairly standard insult in politics).

Psychiatrist Dr. Keith Ablow, appearing on "Fox and Friends," explained President Obama's policies, saying, "There's a real victim mentality here, and it really explains the president's whole mentality and many of his policies … Going back to when his dad abandoned him, when his mother left him with his grandparents … all of those things led him to feel victimized. … The president sees himself as the victim-in-chief, he is the dis-empowerment president" (October 16, 2013).

First of all, as a statement of President Obama's mental state, this is derisive and based little evidence. What's the proof that Obama isn't simply motivated by an intention to help people? Second, even if Ablow's characterization of Obama were true, it would tell us nothing about whether Obama's policies are good or bad. It's ad hominem to dismiss a policy on the basis of who supports that policy. Maybe Obama's policies, even with the best of intentions, are bad. But that's not going to be proved by psychologizing the intentions of the president or anyone else.

Sen. Ted Cruz (R-Texas), speaking at the Values Voter Summit, responded to hecklers who interrupted his speech by saying, "It seems that President Obama's paid political operatives are out in force today … And you know why? Because the men and women in this room scare the living daylights out of them! … Oh, they don't want the truth to be heard. The left will always, always, always tell you who they fear — and they fear you. They fear the American people" (October 11, 2013).

Again, this was a bit earlier than this week, but it's worth noting on a number of counts. First, Cruz refers to the hecklers as "paid" operatives, though it's not clear what evidence he has for this, and it carries the derisive implication that they don't have legitimate political concerns, they're just in it for the money (which, in turn, would be ad hominem).

Moreover, Cruz resorts to name-calling and caricature by saying that President Obama and his political allies on "the left" fear the American people and don't want the truth to be told. It's fair for Cruz to chastise hecklers — if they have a point to make, they should hold their own event, rather than interrupting someone else's — but that's no justification for Cruz to demonize his opponents.