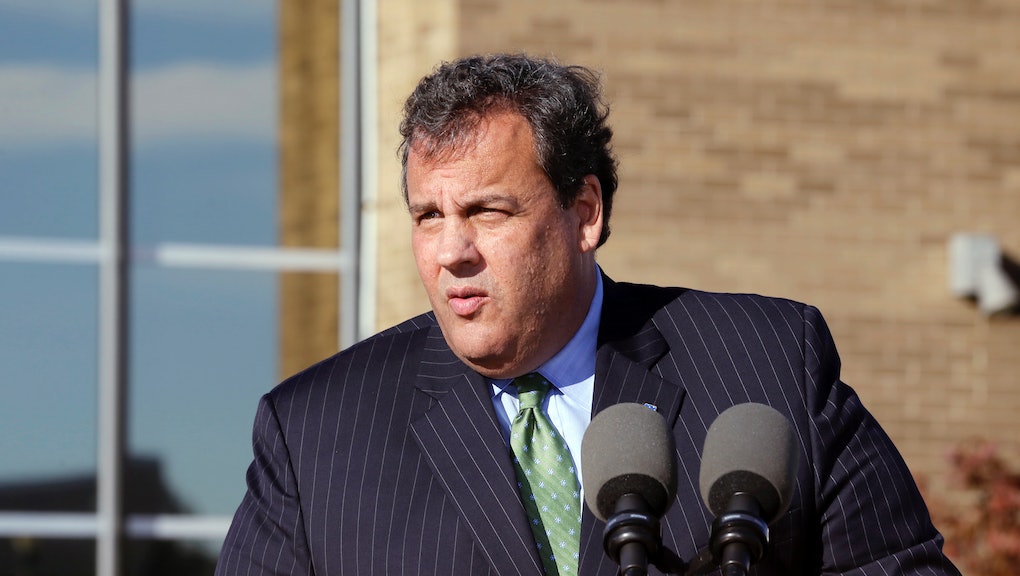 LGBTQ youth deserve to be protected from bullying and harmful practices, but not their adult counterparts? I guess, if you're Chris Christie.

That’s essentially the message that the New Jersey governor sent when he put up a fight against same-sex marriage, bringing the issue all the way to the New Jersey Supreme Court, after signing an anti-bullying bill protecting LGBTQ youth.

Banning same-sex couples from getting married is a form of bullying just like yelling homophobic slurs in a school corridor. Why is Christie contradicting himself? When he passed the state’s Anti-Bullying Bill of Rights in 2011, it was among the toughest anti-bullying legislation in the country, and it includes new protections for LGBTQ students. Then he fought hard against giving those same kids the right to eventually grow up and get married. Though he backed down after losing his battle to keep same-sex marriage out of New Jersey, that doesn’t mean that he’s suddenly changing his stance on the issue.

Christie’s ideology is certainly perplexing, and it’s difficult to understand his position on LGBTQ rights. But the mystery might be not that mysterious. According to Troy Stevenson, executive director of Garden State Equality, Christie’s position on banning reparative therapy for youth might have more to do with the idea that he wants to protect all youth, not just certain sub groups.

"It’s hard not to want to protect children," he says. "Christie has a history of being supportive of LGBT youth and he saw these children on television who had undergone ex-gay therapy and he had to listen to their painful stories," said Stevenson.

According to Stevenson, two-thirds of New Jersey residents now support marriage equality, making Christie’s fierce opposition out of touch with his state.

Millennial children were deeply involved with the New Jersey case, and several were plaintiffs along with their same-sex parents. By opposing marriage equality for their parents, Christie was harming these children and going against his mission of keeping children safe.

"Minority stress" can affect children too, says Gorenberg. Young children are capable of understanding the obstacles their same-sex parents face. They can see that the lack of protections at the state and federal levels can take a toll on the lives of the entire family. But if New Jersey’s any indicator, millennials could continue to play a starring role in winning marriage equality for their parents.

"The court was able to see the full impact that this issue has on children and I wouldn’t be surprised in the slightest if we see more cases like this in the future where children are front and center as plaintiffs," said Gorenberg. "The message is really starting to shine through and the analysis will hopefully help other states."

Perhaps Christie and others should realize that protecting youth means also protecting their same-sex parents — that it's all for the good of the children, after all.