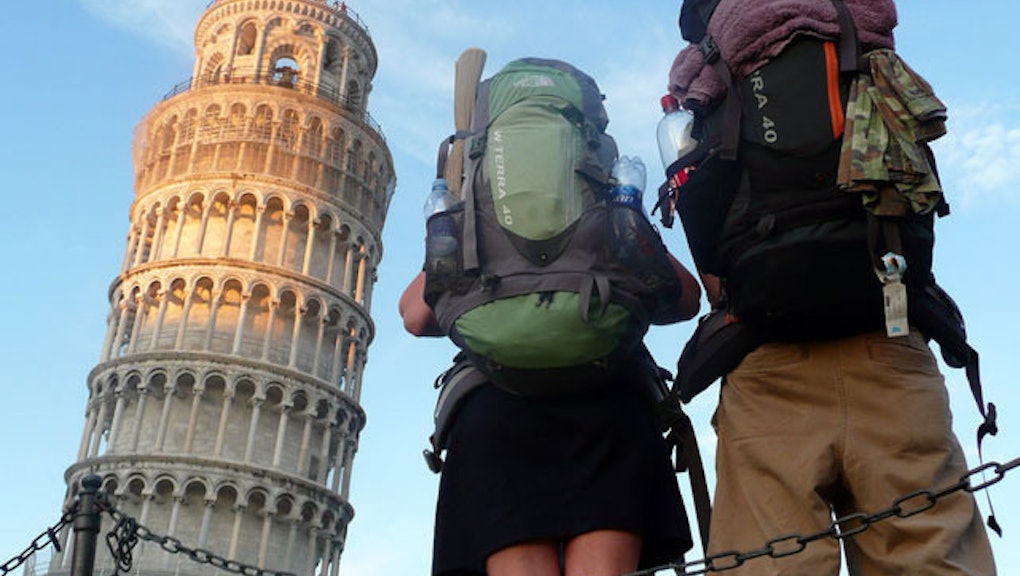 6 Reasons Every Student Should Consider Taking a Gap Year

Gap years are a relatively new phenomenon in the United States, compared to Britain or Australia, where it is almost common for students to take some time between high school graduation and college enrollment to focus on things other than academics.

The subject of a gap year is taboo in certain households, as many believe that is simply one big holiday financed by mommy and daddy dearest. This is a huge myth that needs to be debunked immediately. As someone who never took a gap year, I am totally for the idea, and I want to outline a few reasons why a gap year is actually a good idea.

First, let's some common concerns that parents and students may have regarding gap years.

1. A gap year is expensive.

Or, as Alina Tugent wrote in the New York Times, “Why pay for [students] to take a year off?” It is true that gap years are “unproductive” in that the child is not earning academic credit, and that he or she is too young to be working at a job that could finance an entire year’s living expenses.

Yet, there is a way to offset this, whatever one may decide to do during a gap year. Some work throughout, some travel. Many of my friends took gap years, and most of them split their years in half, working at a café or shop during the first half of the year to earn enough money to travel during the second half. Some may decide to work throughout the year and live at home, and the money gained from working at home can go to their parents as rent money. At the end of the day, as long as students are willing and parents are understanding, it all works out.

2. Students may experience negative consequences when they return to college.

The Daily Nebraskan writes that going through the readmission process, and getting back into a study routine after a year of not doing so can make the process of readjusting to college tough. But then again, isn’t that us after every summer break?

These should not be reasons that deter students from taking time off from school. Now here are some reasons students should consider taking a gap year.

3. By taking a gap year, students learn to be independent before going to college.

During their gap years, students are away from family and friends, and thus have to practice a sort of independence that being in college — where social life and academics are institutionalized through classes and the ubiquity of extra-curricular activities — cannot offer.

I'm speaking from experience here, as someone who is currently studying abroad. Although I know a few people from my university studying here, too, we do not take classes together, and my college doesn’t even have people on the ground to take us to monthly dinners or weekend trips like other colleges do. I am forced to be independent, and I alone have to structure my days and make my own friends. There is no organic way to meet friends here – there are no such things as dorms in Paris, and students tend to live far from campus.

Let's return to the context of the gap year — it forces you out of your comfort zone, and this makes settling into college a much smoother process. Many college students who have never lived away from home find themselves in tough situations when they arrive at college. In many cases, these tough social situations can lead to changes in psychological or physical well-being, distracting students from academics.

4. During a gap year, students truly get to know themselves and what they want to do in life.

According to Tiffany Yanagida of the University of Nebraska-Lincoln, her gap year gave her “time to decide [her] future career path, which was something [she] didn’t know at 18.” Similarly, according to Eden Full of Princeton University, “For my entire life up to that point, I’ve just been going straight down the academic path... Taking time off really helped me realize that there are so many skills and so many interests I have that I had never had the chance to explore.”

Now let's look at some more practical reasons to take a gap year.

5. The rate of increase in college tuition is slowly falling, so it may be a good idea to wait until prices settle.

Earlier this week, USA Today revealed that the rate of increase if college tuition is slowly falling – from 8.5% in 2011 to 4.5% in 2012 to 2.9% in 2013 – and so is the net price, thanks to larger amounts of grant aid and tax benefits. But this should not distract from the larger point: that college is still becoming more and more expensive. The slowdown of the rate of increase in college tuition, according to economist Sandy Baum, “does not mean that college is suddenly more affordable.” It means that the trend of increasing tuition fees is “not turning around, not ending, but moderating.”

6. Worried about missing out on what peers are experiencing at college? Don’t be.

Some students shy away from taking a gap year because they want to have the college experience at the same time as their peers, but according to Yanagida, this is not an issue: “Unless you count being the oldest in some beginning courses, [college has] really been no different.”

In fact, according to a census report, college enrollment has been falling. In fall 2012, it decreased by half a million. Although this decline in enrollment was driven mainly by older students, it still indicates an overall drop in college enrollment. This includes college deferment, as an increasing number of American students take gap years – showing that you won't be alone if you decide to take some time off.

There are so many other benefits of gap years that are worth mentioning. If I could do it all over again, I probably would have taken a gap year. I would have learned so much more about life in general, rather than being thrown from one academic environment to another. It wasn't until Paris that I realized how caught up I was in campus life – both in high school and in college – and that life is about so much more than that. If I had taken a gap year, I probably would have realized that much earlier.