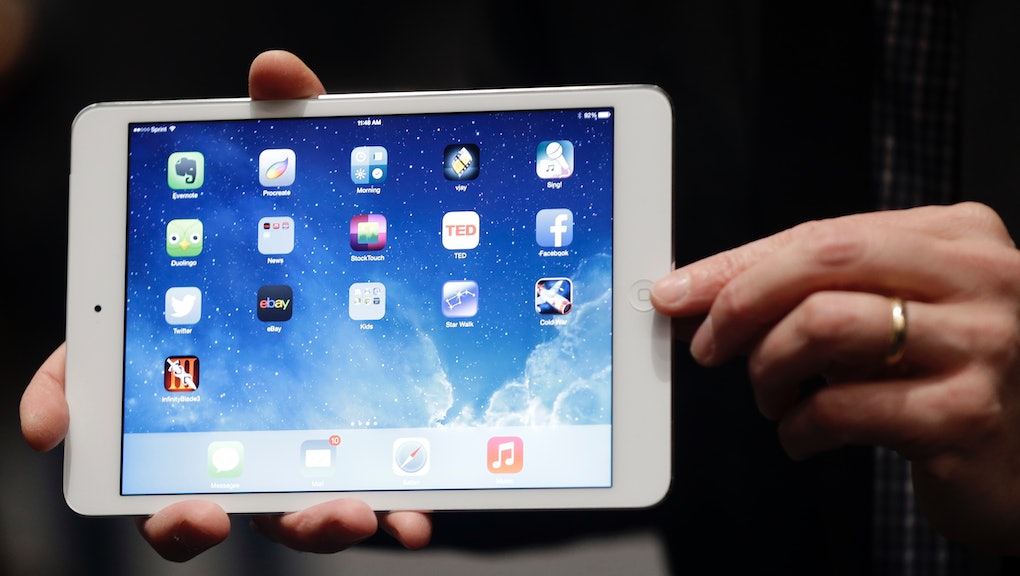 Correction: a previous version of the story stated that jailbreaking smartphones is illegal. In fact, an exemption was made for jailbreaking, and it is allowed until 2015. Unlocking phones made after 2013 remains illegal.

When you purchase something, say a tool or a cooking utensil, from a store, the item then changes hand to become a part of your belongings. Therefore, you are free to tinker with it, build upon it, improve its functionality, or smash it with a hammer when you are angry, right? What you do with your own property within your home is not the government's business. That is not the case, however, when it comes to electronic products. What is called "jailbreaking," or modifying a digital device to make it do things the manufacturers do not want you to do, is illegal. If you unlock your iPad or XBox so you can play unauthorized games on them, you can be arrested. A Cal State student learned that the hard way when he confronted the possibility of a 10-year prison term.

If you think this is wrong, blame every member of Congress and Bill Clinton for foisting upon us the Digital Millenium Copyright Act, or DMCA, 15 years ago on October 28, 1998. The DMCA was introduced by Rep. Howard Coble (R-N.C.), and breezed through all of the hoops and hurdles in both chambers of Congress. It was passed unanimously in the House Commerce Committee and prevailed in the full House with a "voice vote." Then, even the filibuster-prone Senate embraced it, sending the bill straight to the White House without a single senator dissenting, let alone anyone using obstructionist tactics to block it. Sound like the good old days when bipartisan consensus, rather than polarized bickering, was commonplace? More like a bipartisan nightmare where politicians worked hard to boost corporate profits to the detriment of people like you and me.

Behind the DMCA's swift passage was lobbying by Hollywood movie studios and big record labels. The Motion Picture Association of America (MPAA) has an interest in preventing individuals from ripping DVDs, even for personal use, because it prefers to charge consumers multiple times for the same content. Therefore, DVD makers insert a code into their products called "Digital Rights Management," or DRM, to block any copying. With DMCA in place, police can then knock on your doors if you attempt to use computer skills to dismantle the restrictive code in the DVD. This anti-circumvention provision applies to all kinds of DRMs, not just ones that prevent DVD-ripping, thus unlocking phones or consoles is outlawed, although a narrow exemption was made for unlocking smartphones purchased before 2013, and jailbreaking phones until 2015.

This law violates free speech and academic freedom: researchers who study DRM technologies cannot divulge information from their findings that would be in any way helpful for circumvention. In 2001, a programmer named Dmitry Sklyarov was apprehended and incarcerated for working on software that could be used to modify the formats of ebooks. Niels Ferguson, a Dutch researcher, had to conceal the results of his study on video encryption systems for fear of arrest under the DMCA. By discouraging legitimate scientific research, DMCA stifles technological innovation and economic progress.

In addition to its anti-circumvention provision, there is another part of the DMCA called "safe harbor." Safe harbor exempts online service providers (OSPs) such as search engines, ISPs, and hosting sites from lawsuits when a user posts copyright-infringing material online using their services. In other words, Youtube cannot be sued if a user posts a TV clip on its site. But the exemption only applies when the service provider promptly takes down the offending material after the alleged copyright holder complains. This is the origin of the notorious and frustrating "DMCA takedown" notices sometimes we see while surfing the web. Abuses of DMCA takedowns are frequent, and are used to censor materials with legitimate fair use of copyrighted content.

Supporters of the DMCA argue that without the safe harbor provision Youtube would not exist. They may be right that the exemptions give more freedom to businesses like Youtube, but the consumers and users who are on the receiving end of the takedown notices get shafted. There is protection for the tech industry but not the individuals affected. Fritz Attaway, the MPAA's lobbyist, said, "The ISPs wanted safe harbor provisions in return for their support for the anti-circumvention provisions, which was one of the major and most important compromises in this legislation." Their compromise was a win-win situation for the powerful and threw us, the ones without lobbyists, under the bus.

Several prominent organizations and companies such as Reddit, Mozilla, and the Electronic Frontier Foundation have come together to call for a reevaluation of the DMCA. It will certainly be an uphill battle as they are fighting a leviathan composed of MPAA, the Record Industry Association of America, the rest of Big Hollywood, and a Congress that would be unwilling to admit that all of its members made a colossal mistake.