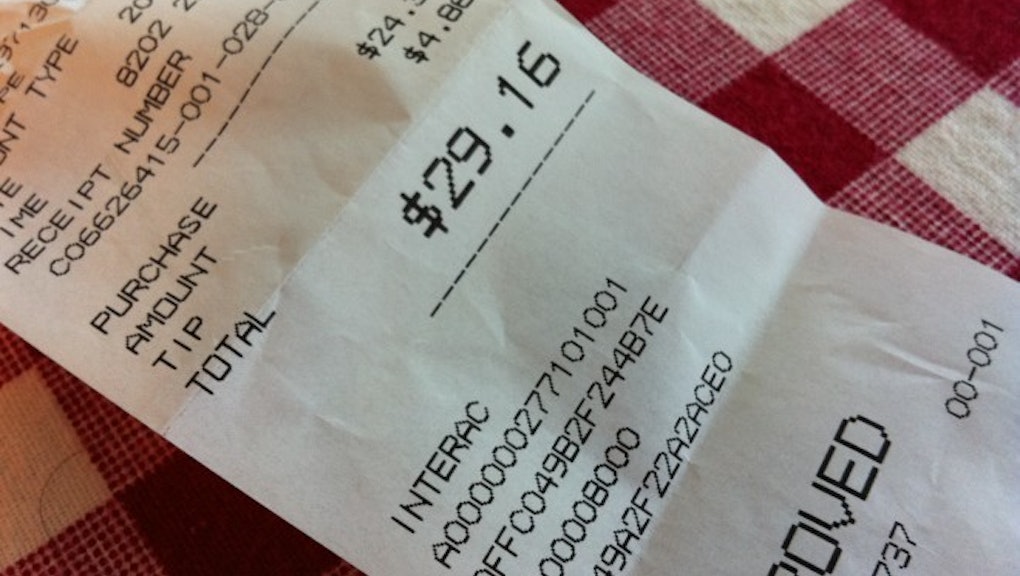 On Thursday, a couple dining at Carrabba's restaurant in Overland Park, Kansas, decided not to leave their waiter a tip. Their reasoning? Gay people lead a life of sin and should be punished.

In lieu of a tip, the couple left a note on the back of their receipt:

"Thank you for your service, it was excellent. That being said, we cannot in good conscience tip you, for your homosexual lifestyle is an affront to God. Faggots do not share in the wealth of God, and you will not share in ours. We hope you will see the tip your faggot choices made you lose out on, and plan accordingly. It is never too late for God's love, but none shall be spared for fags. May God have mercy on you."

This is obviously an overt act of homophobia. Furthermore, as TakePart reports, workers who earn tips in Kansas receive a minimum wage of $2.13 an hour. Tips become the majority of a waiter's income. To deny somebody his income because of who he is rather than the work he does is not only discriminatory, but also puts his livelihood at risk.

In response, KCTV 5 reports that the discrimination has ignited a "social media firestorm," inspiring people to come to the restaurant to support the waiter. Dr. Marvin Baker, one such customer who worked as a pastor for many years, responded to the Christian couple who left the note, saying, "God loves us. God does not advertise or promote hate."