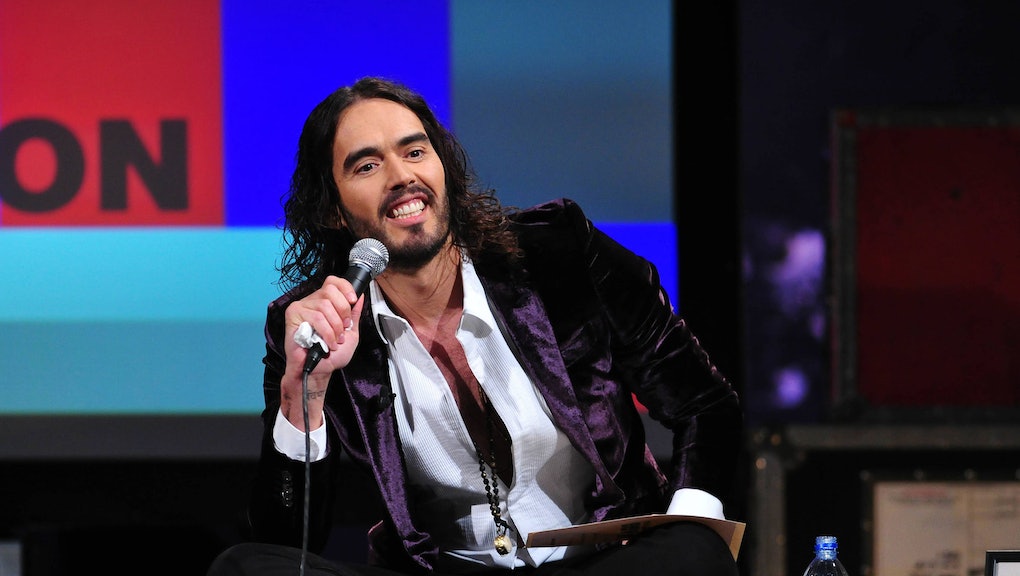 A friend recently sent me this video featuring the well-loved English comedian and actor, Russell Brand. Brand is known for his controversial opinions and his lack of inhibition in presenting those views, and in this particular interview, he discusses the issue of the seemingly inevitable social and political pyramid of American society, with those on the bottom of the pyramid never having the chance to rise to the top. He criticizes the lack of care Americans show towards the planet, and expresses his deep belief that a revolution may be the sole mechanism through which the people can destroy the pyramid.

My friend who sent me the video wrote the following message: "If you have a second, watch the brilliant Russell Brand make a truly compelling argument out of something that we may dismiss initially as outrageous — but I believe we do ourselves an injustice if we don't consider what he's saying. Maybe it's time to start thinking outside the existing paradigm completely.

This is a truly compelling argument — one that's worth a listen, and if your mind is open enough, there is plenty to take away from it.

It's already happening, and with the power of social media growing we have the ability to make a difference. Obviously, the flaw in Brand's argument is the sheer impracticality of it all — he's totally vague — but has his been considered enough by the experts to have had a chance to develop?

Also, so many recent articles simply marvel at the fact that he's an actor and wonder "why don't we have articulate celebrities?" But that kind of attention cheapens this man and his views — it's superficial, and steering the discussion downhill. Let's elevate the power of this viral video and talk about the ideas expressed, rather than people.Wat

When I watched Brand's interview, I wondered about his comments on the American system. Maybe they are worth discussing! Is a revolution the only way to solve the issue of social hierarchy? And does not voting mean anything nowadays; does it actually impact the big picture? How can we make a difference in the system? What about the manner in which Brand conveys his ideas, or the interviewer's style in response to it? Does that lessen the legitimacy of the argument?

I am in no way suggesting that everyone refuse to vote in the next election, or that anyone spearhead a revolution tomorrow. I am merely suggesting that it is important to do what you do intentionally, consciously; to discuss issues intelligently, and make decisions accordingly; to engage in the conversation, and constantly reconsider the possibilities. It is important to question authority, even if in the end, we agree. It is the process of questioning itself, the discussion, that is crucial.