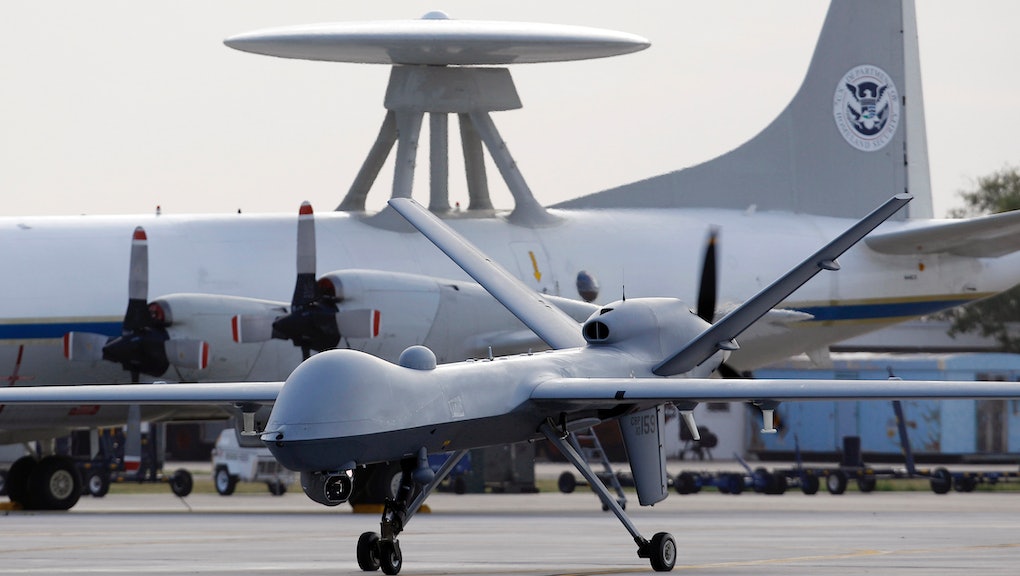 U.S. Drone Strikes Are Illegal and More Sinister Than Most Americans Realize

The United States' War on Terror may have transformed into a war of terror. According to reports released on Oct. 22 by Human Rights Watch and Amnesty International, the United States drone campaigns in Yemen and Pakistan have included several violations of international law, some of which may rise to the level of war crimes. These reports come on the heels of a UN investigation that claims at least 33 drone strikes around the world have resulted in civilian casualties and may have violated international law.

Such allegations, when added to the international backlash in response to revelations of NSA spying against both enemy and ally nations, suggest that the United States is in the process of isolating itself from the rest of the world. This will likely make it difficult for President Obama — whose 2009 Nobel Peace Prize is becomingly increasingly perverse — to find continuing international support for the War on Terror.

The Human Rights Watch report examines six unacknowledged air strikes — at least four of which were carried out by drones — that targeted members of Al-Qaeda in the Arabian Peninsula (AQAP) in Yemen. These six air strikes, carried out between 2009–2013, killed 82 people, including at least 57 civilians. The report concludes that two of these attacks violated international law “because they struck only civilians or used indiscriminate weapons.” It concludes that the other four drone strikes “may have violated the laws of war because the individual attacked was not a lawful military target or the attack caused disproportionate civilian harm.”

The Amnesty International report provides a field research-based qualitative analysis of nine of the reported 45 drone strikes that occurred in Pakistan's North Waziristan region between January 2012 and August 2013. While the United States government's lack of transparency on its drone program has made research difficult, the report concludes the drone strikes in Pakistan may “amount in some cases to extrajudicial executions or war crimes and other violations of international humanitarian law.”

Drone operators are required by international law to take “all feasible precautions” to determine whether a “civilian is directly participating in hostilities,” and when in doubt that person must be protected against direct attack. The fact that the Obama administration has identified low numbers of civilian casualties from drone strikes in Pakistan compared with the estimates made by human rights groups suggests that the United States presumes that unidentified kills are combatants rather than civilians in violation of the procedure mandated by international law.

In a debate on the American use of drone strikes conducted at the United Nations on Oct. 25, the United States defended its air strike policies as “necessary, legal and just.” However, a growing number of nations including Brazil, China, and Venezuela, are critical of the United States' drone policy, and rightfully so. Despite President Obama’s claims that few civilians are killed in drone strikes, the Bureau of Investigative Journalism estimates that as many as 926 civilians have been killed in Pakistan and as many as 194 have been killed in Yemen. The 2011 assassination of Osama bin Laden and the recent capture of Al-Qaeda leader Abu Anas al-Libi in commando raids indicate that United States drone strikes are no more necessary than they are legal or just.

Such psychological stress combined with the deaths of civilians could spawn the next wave of terrorism, and this will likely lead to increased U.S. drone strikes. Obama's drone program is creating a vicious circle of death.