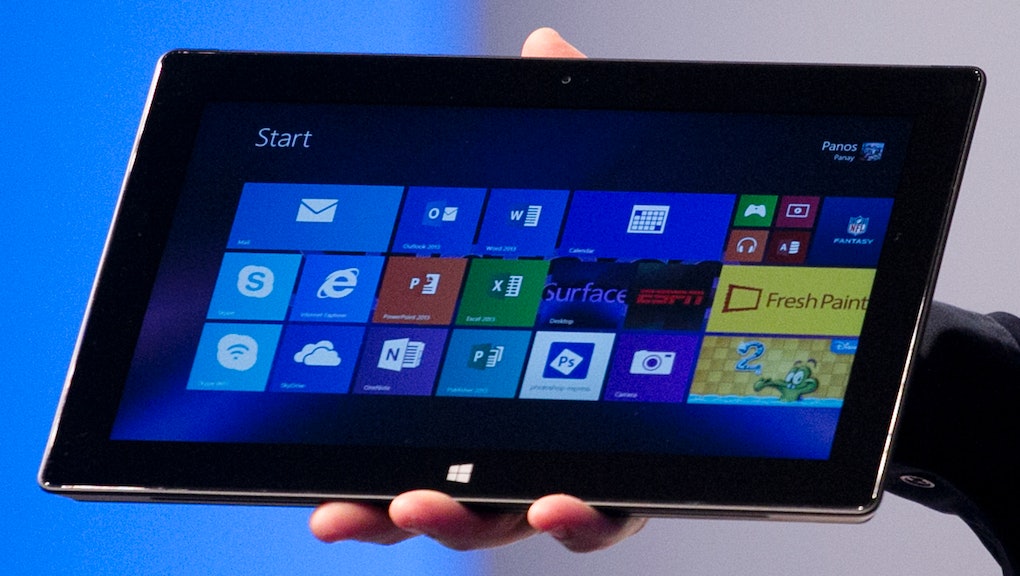 Nokia Lumia 2520: How to Make Sure You're Buying an Ethically Made Tablet

October 2013 is the month of the tablet. Nokia is set to release its first ever Windows tablet, and the gadget will soon overtake laptops as the most popular electronic device on the market. Market research claims that tablet shipments will grow by 58.7% this year alone, and the release of the Nokia's tablet will certainly contribute to this growth in demand. However, the new-found popularity of the tablet has left ethically minded consumers wondering about the implications of purchasing a new tablet this fall season.

The choices that we make as consumers have an unparalleled ability to affect the world we live in, but it sometimes seems that companies go out of their way to hide the unethical origins of their products. Unfortunately, a lot of information about how tablets and other electronic devices are made is still not readily available, and consumers are often too lazy to dig through companies' reports and find out how products are manufactured, and by whom.

Luckily, some NGOs are taking the initiative and doing the research for us. For example, The Enough Project has made a list ranking the world’s biggest electronics companies on their efforts to use conflict-free minerals in their products. Companies are rated based on the steps they have taken to audit their supply chain and push for better legislation in the countries where they purchase minerals. Apple, Microsoft, and Nokia all ranked high on this list, but concerns still exist regarding the labor practices of the supply factories hired by these companies.

Moreover, in countries like Burundi, the Congo, and Rwanda, many of the people extracting the minerals used to make smartphones and tablets are modern-day slaves who work in unsafe conditions. Unfortunately, many people are unaware of the fact that slave labor still exists in many parts of the world, and that today nearly 30 million people live as slaves.

Environmental issues are also important to consider when on the market for a tablet. Electronic waste is become a huge issue worldwide, and most companies have absolutely no rules in place that regulate what happens to these devices after they are no longer in use. Many new tablets have sealed-in batteries that make them difficult to open and upgrade. This means that many tablets are considered obsolete after a year or less, and due to a lack of recycling schemes, the gadgets and their batteries often go to the landfill, leaking harmful toxins into the soil.

Among the many companies selling tablets, Hewlett Packard is notably more ethical than the rest. The company received the highest score in Greenpeace’s Guide to Greener Electronics and was an active participant in the Make IT Fair campaign. Unfortunately, Hewlett Packard's tablet is far from the most popular on the market. So while buying an ethically made tablet may be close to impossible, supporting companies that promote ethical practices lets consumers influence the purchasing policies of big electronics companies, and pressure them to be accountable to both the planet and its people.

Want to check how ethical your consumer choices are? Take this test to find out.