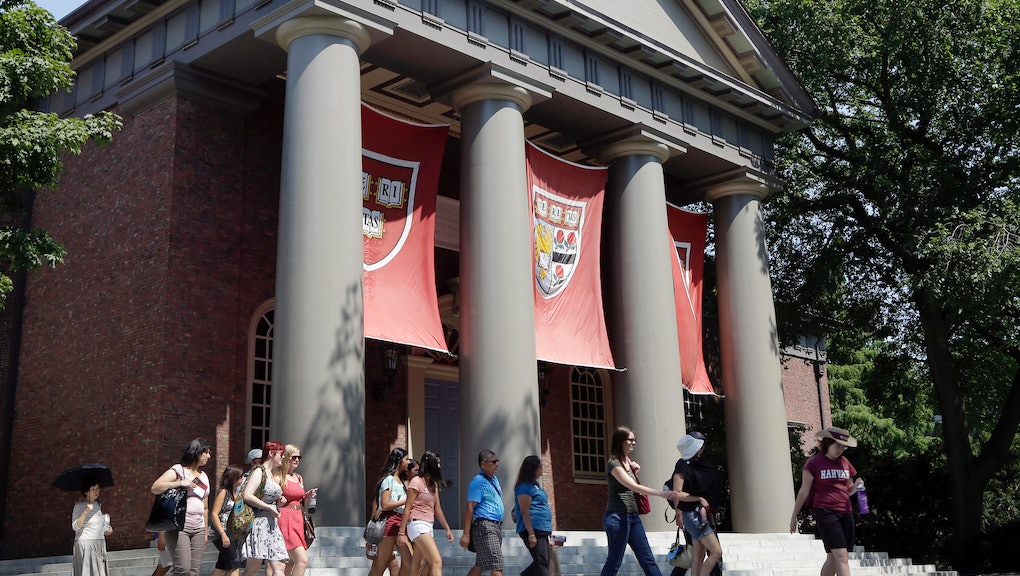 Everyone in college has their favorite study spot. Sitting right next to mine was a recycling bin. This was fortunate, due to my minor (OK, major) addiction to caffeine. My small liberal arts college had finally decided to get quite serious about sustainability and reducing its carbon footprint. This was great, because higher education needs to be leading the charge on sustainability and stopping climate change. So when you have incidents such as Harvard President Dr. Drew Gilpin Faust's refusal to help fight climate change by divesting the school’s endowment from fossil fuels, it is deeply troubling. Institutions of higher education cannot act in the best interests of their students unless they are part of the fight for a sustainable civilization. Fortunately, many colleges and universities are getting off the sidelines.

Sustainability makes sense in higher education. Many sustainability measures, such as efficient heating and cooling systems, proper insulation, and behavioral changes in electricity use, benefit institutions by saving them money. The Association for the Advancement of Sustainability in Higher Education (AASHE) has been hard at work persuading colleges and universities to jump on the sustainability bandwagon. AASHE provides resources to institutions that are looking for a place to start. LEED-certified buildings have been going up on campuses across the United States. Indiana University has even tentatively proclaimed an ultimate goal of carbon neutrality. Such measures have the potential to not only improve the bottom line, but improve the public health of the communities that institutions serve.

In directly confronting the forces behind climate change, however, the conflict between students and administrators is much more heated. Fossil fuel divestment has been the fastest growing divestment campaign in history thus far. Cities, religious institutions, and college campuses have joined in the fight against climate change. On college campuses, what started as a snowball has now become an avalanche of student activism, with campaigns on over 200 college campuses across the United States. The growth of the movement is not without precedent, as divestment is a political action taken that has been taken in the past against apartheid in South Africa and tobacco companies. The movement gained steam under the idea that if it is wrong to wreck the environment, it must be wrong to profit from its destruction. As of right now only six schools have announced divestment from fossil fuels, with pitched political battles at schools like Harvard University. The irony for those defending the status quo of fossil-fuel investment is that fossil-fuel-free mutual funds have kept pace with those invested in fossil fuels over the past seven years.

The purpose of higher education is to serve society by building a foundation of thinkers and workers for its future. The university does this by sponsoring research that benefits society, educating the students who will navigate society’s future, and building the intellectual foundation upon which civilization rests. So when higher educational institutions are actively invested in issues which imperil human civilization, such as climate change and sustainability, it goes against their very purpose. Higher educational institutions must be leaders in the adoption of sustainability principles and the fight on climate change, for the good of the students and the society that they serve.