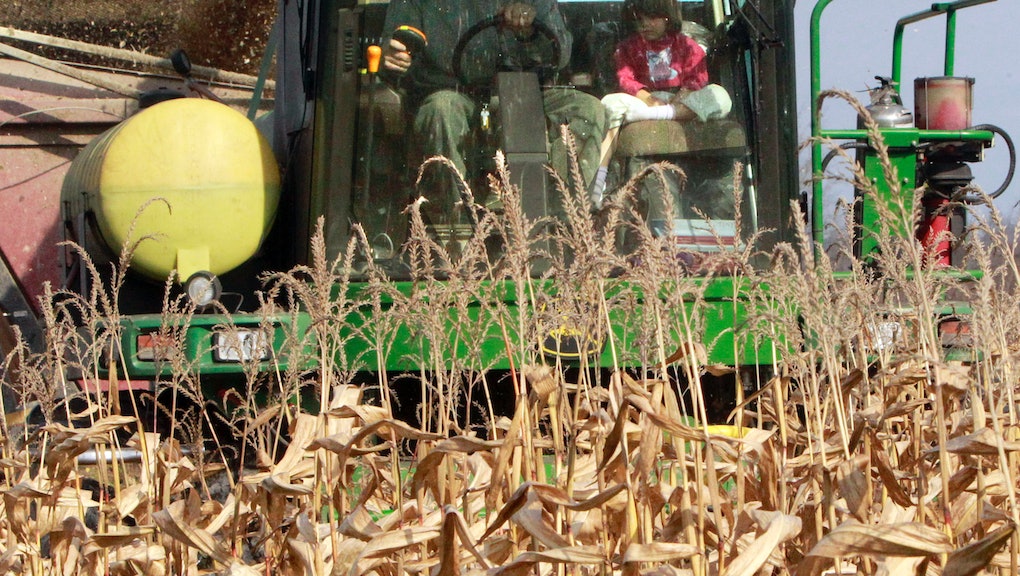 Farm Bill 2013: An Inside Look At the Most Important Bill You've Never Heard Of

This Wednesday, the House and Senate will make yet another attempt to hash out a Farm Bill that’s more than a year overdue. This year, those who will feel the effects of Washington’s penchant for past-due bills and indiscriminate cuts are 47 million Americans who face low or very low food security, two million farms, and 314 million Americans who eat food.

As the House and Senate convene to put together the massive legislation, it is important that we demand a Farm Bill that empowers farmers, businesses, and consumers with the means to grow, distribute, and afford nutritious foods in an efficient and affordable agricultural system. In order to ensure that the new Farm Bill fulfills those needs, everyone must let their legislators know that we are counting on them to: (1) Increase mandatory funding levels for the Emergency Food Assistance Program (TEFAP); (2) think critically about SNAP reform in a way that buttresses its trademark efficiency without taking meals away from those who need it; and (3) reconsider the way crops are insured and subsidized.

The Farm Bill is a comprehensive piece of legislation that is typically approved on a five-year basis. Ever since the first multi-year agricultural bill passed in 1965, the Farm Bill has always experienced bi-partisan fanfare because it addresses urban and rural hunger, as well as farms and agribusinesses. However, the price tag for this year’s contentious bill is a half-trillion-dollars — a reality that does not sit well with fiscal conservatives. The seemingly ballooning size of the bill has pressured all parties to consider revisions, but there are things that years of Farm Bill history can tell us about which programs should and shouldn't get cut.

A TEFAP budget that does not increase with the demand for emergency food will impede food banks’ ability to distribute food to the pantries, kitchens, and shelters that serve over 37 million Americans who face low food security (including over 14 million children and 3 million seniors). TEFAP enables the Department of Agriculture to purchase and distribute surplus foods from American farms to states based on their low-income and unemployed population. Farmers that provide bonus TEFAP commodities receive an estimated 85 cents per dollar of federal expenditure, versus the 16 cents they typically receive from every retail food dollar. In order to protect the families that rely on TEFAP, the program's funding must not only increase from last year’s $260.25 million price tag, it should allocate $100 million for storage and distribution funds, which help support the infrastructure needed to alleviate regional hunger. The last part is important because even when TEFAP funding increased from FY2011 to FY2012, families received fewer TEFAP foods because of other infastructure costs (i.e, fuel and shared maintenance fees). The Department of Agriculture also had less purchasing power or opportunities to buy surplus food for TEFAP this past year.

Second, the Farm Bill must not create barriers to the Supplemental Nutrition Assistance Program (SNAP) for needy families. The bill should incentivize the purchase of nutritious food, and continue to support strategies that have led to record low SNAP errors, low administrative costs, and overall efficiency. SNAP, which is by far the most contentious piece of the Farm Bill (nearly 80% of the Farm Bill’s budget), empowers low income households with the ability to purchase and access nutritious foods. In order to ensure that families are well informed about the program, supporting SNAP-Ed (which was cut by 25% last FY), providing block grants for healthy incentive programs, and matching state funds for outreach to potentially eligible households is a step in the right direction. However, cutting the program by $4 to $39 billion and restricting states from streamlining information between other benefit programs will cause over two million Americans to lose access to an estimated 1.5 billion meals. Moreover, it will increase the cost of administering multiple programs that typically serve the same population. SNAP recipients will be left to pack pantry lines that do not have the capacity to meet their needs.

Finally, the new Farm Bill should tackle agribusiness and its grip on the federal government. No market should be controlled to the extent that the American agricultural system is. But if that is the culture of the economy, there should be no scenario where 10% of subsidized farms receive 74% of all subsidy payments, let alone for products that are either not fit for human consumption (fuel and animal feed), or are unhealthy, regenerated, and widely distributed to low-income communities with a steep medical bill soon to follow. This year’s Farm Bill needs to go back to producing food again. Either we should rid ourselves of large subsidies for agribusiness to produce cloned corn and soy products, or if we insist on manipulating the market, we should pull back on subsidies for the five major commodities in exchange for subsidizing "specialty crops" (the Farm Bill’s term for fruits, nuts, and vegetables).

In a time when farm-to-debt ratios on subsidized farms are at an all-time low, it’s time to realize that Forbes 10 of Agribusiness have been eating steak off of a bailout that dates back to the Great Depression.

The last step is for us to stop being complacent. It’s time to get back to the basics: Call your legislators and take a stand before we hit the hunger cliff. Tell your legislator to support Senator Kirsten Gillibrand’s (D-N.Y.) plea to oppose all cuts to SNAP, support Feeding America’s legislative priorities and re-post widely, and find out who the power brokers in the agriculture committees in D.C. are, and tell them to support a food system that protects people and food.