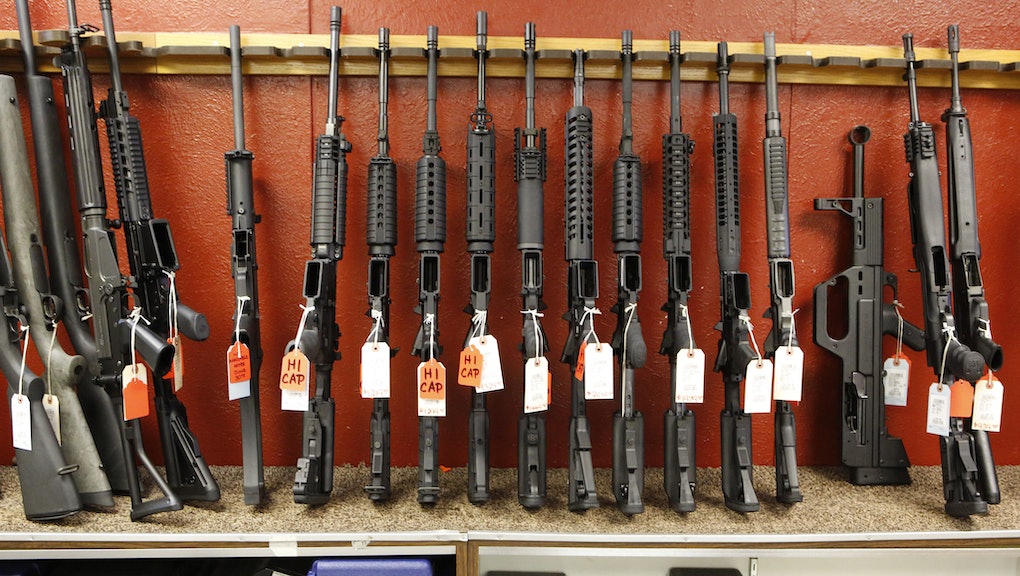 Gun Control Debate is Part of a Vicious Cycle

On September 16, Navy Yard staff member Aaron Alexis came to work with a gun and killed 12 innocent people within a matter of minutes in the nation's capital. Although the event was recognized as a national tragedy, streamed through the headlines for a few days, and prompted several congressmen to speak once again about gun control, the response was not as overwhelming in comparison to reactions to past mass shootings.

According to USA Today, there have been more than 200 mass killings in the U.S. since 2006, more than 75% of which were shootings. These mass killings, defined by the FBI as four or more victims not including the killer, have also occurred at the rate of about one every two weeks since 2006. For Americans, "another mass shooting" means yet another re-ignition of the gun control debate with little to no significant action or progress. So are we risking becoming desensitized to mass murders in the process, or are we already there yet?

The sad reality of the vicious gun-control debate cycle is that America has become desensitized to mass killings, not in the sense that we don't feel for the victims of the latest tragedy, but in the sense that we've lost the energy to believe that there can be any real solution in the gun-control debate that can actually help prevent future massacres. Take for example the typical scenario:

In the wake of a mass killing, President Obama may or may not speak about the new tragedy that has befallen this country yet again. Politicians offer their condolences to the victims and their families and may or may not express outrage and talk about gun control. Those who do advocate for stronger gun control may be tossed out of office. Articles debating whether background checks are strong enough or strong as is will pepper opinion pages. The National Rifle Association and advocates of gun ownership will argue that "Guns don't kill people; people kill people." But despite the fervent lobbying of gun control activists and support for stronger gun regulations by a majority of Americans, Congress will do nothing. We express our own outrage and then move on with our lives until the next shooting flashes on our screens once again.

"Tragically, I think many Americans have become more desensitized, more numb to the mass murder, to the massacre, because it is no longer that unusual," said Howard Kurtz, media critic for Fox News. "It doesn't mean that everybody doesn't get a feeling in their gut when they hear that a bunch of innocent people have died at the hands of one crazy gunman, but it is no longer a story that we've never heard of before. So there's a certain ritual to it. We know what to expect."

It is no surprise that there are more mass shootings than any other form of mass killing in the USA, because despite the popular NRA argument that "guns don't kill people; people kill people," guns do allow for people to kill people more effectively. Based on data compiled by Bloomberg, firearm fatalities are expected to exceed traffic fatalities for the first time by 2015. According to a running tally conducted by Slate and the Twitter feed Gundeaths, as of today, an estimated 28,676 people have died from guns in the U.S. since the Newtown shooting. The only thing protecting us from a bad guy with a gun isn't "a good guy with a gun." Many of those bad guys were once good guys too — the bad thing they did was with a gun.

Many people may have accepted, even begrudgingly, that gun violence has become almost a part of American life and there is nothing or very little we can do about the need for stronger regulations. It is admittedly difficult to argue against the Second Amendment, the powerful NRA, and the inability of Congress to pass substantial legislation to improve gun control in this country. The American people, however, cannot just let empathy, a shrug, and temporary outrage be the only response to "another tragedy." There needs to be real conversation, real action, and a real response to stop this vicious cycle and actually deal with America's problem with gun violence. Because when it comes to the sad and shocking reality of this country's mass killings problem, we can't afford to keep shooting blanks coming up with a solution.