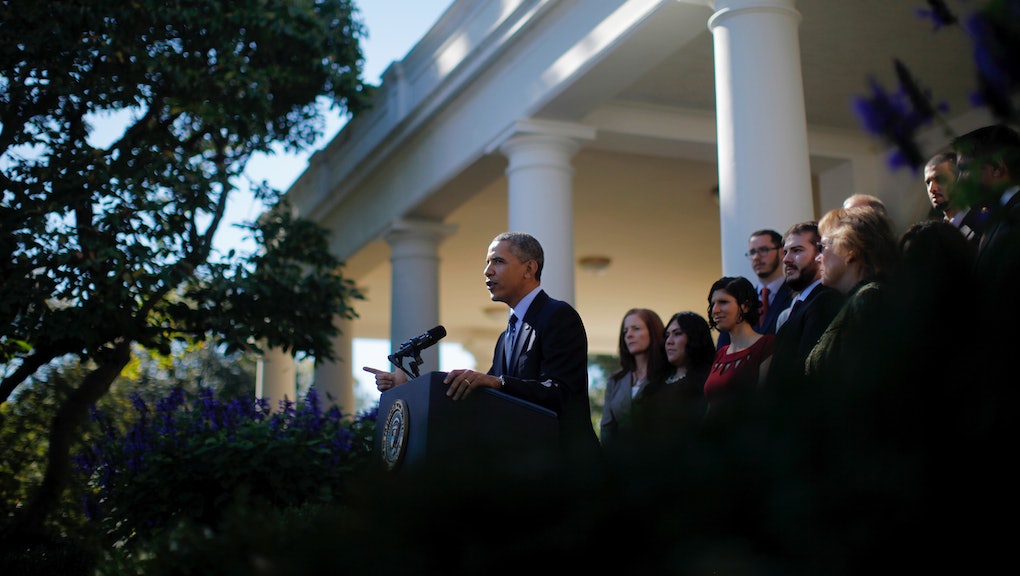 As an American living in Canada, I am often completely baffled with the health care debates that rage in the U.S. Take it from your neighbors to the North, government-run health care is so popular here that in 2011, 94% of Canadians supported public solutions to strengthening the health care system. Government-run health care certainly has a proven track record. That record is not being reflected in the United States, however. One of the centerpieces in the Affordable Care Act, HealthCare.gov, has become consumed by glitches.

Obamacare is far from a socialized government-run system; in many ways it functions as a massive subsidy to the insurance industry. Continuing with this public-private partnership, the Department of Health and Human Services is bringing in Verizon to help solve the website's problems. This raises the question, what can private industry learn from the government’s mistakes with HealthCare.gov?

1. Don't Declar Victory Before the Battle

The day HealthCare.gov came online, President Obama compared the site to Amazon.com, one of the web's most successful companies. This triumphant speech later haunted the president when the site's problems were exposed. By making such a comparison, Obama drove expectations and traffic to the site through the roof. Taking a more modest approach would have been wiser. Declaring victory before the battle is never sound advice.

2. Don’t Launch Massive Projects All At Once

Ever tried to sign up for classes at school at 6 a.m. along with 30,000 other students, only to have the university's system crash, denying service to everyone? That's part of what happened to America when everyone went to HealthCare.gov right after the site's launch. Considering that similar distributed denial of service hacks are the main attack method of Anonymous, you would think the government would be able to deal with problems like this. A gradual rollout of the site would have made far more sense — it would have been far more manageable and a feedback mechanism could have been established to help clear up bugs with the site.

3. Communicate with Your Team

It is now clear that there were major management errors during the whole process of making the website — those who knew about the site's problems did not have the access or authority to inform their superiors. President Obama (or his administration) should have engaged with the site's developers at all levels to get the full story. The lesson is, don't rely on interlocutors for major projects, get the story straight from the horse's mouth.