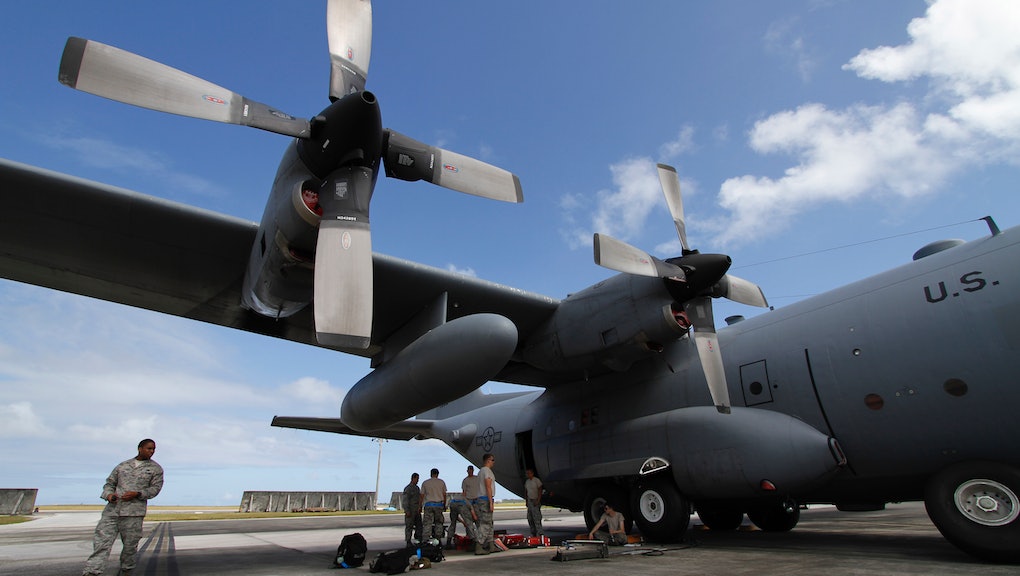 Syria has met the deadline to submit a plan for the destruction of its chemical weapons. Iran has stopped enriching uranium to near bomb-grade levels, and diplomats so far appear to be cautiously optimistic that the current nuclear talks with the country could prove fruitful. It is looking to be a promising year for nonproliferation — except in the U.S., where the government is investing in building five new types of nuclear warheads.

The warheads are part of the National Nuclear Security Administration’s (NNSA) “3+2” consolidation strategy. The plan is to shift the U.S.' nuclear stockpile to consist mainly of 3 ballistic missile warheads and two air-delivered systems (like cruise missiles or bombers.)

The logic from the NNSA seems to be that since these warheads will be based on existing designs, they don’t count as “new” and hence their development does not contradict either the Obama administration’s policy of not building new nuclear weapons, or its international treaty obligations.

It is true that the U.S.’ most recent nuclear treaty, the New Strategic Arms Reduction Treaty (or New START) is somewhat flexible in that it allows for each party to the treaty (the U.S. and Russia) to determine the makeup of their respective nuclear stockpiles, provided they keep the numbers below certain overall limits.

One problem with that logic, according to the Union of Concerned Scientists (UCS), is that the modifications the NNSA is proposing have the potential to make the warheads significantly less reliable. While having a lot of unreliable nuclear weapons would not be ideal for a lot of reasons, the alternative (testing the new-ish designs) would violate another treaty, the Comprehensive Nuclear Test Ban Treaty. While this treaty has yet to be ratified, the Obama administration had pledged to seek its ratification. And since 1992, the U.S. has unilaterally refrained from nuclear explosive testing.

This all matters because of the example the U.S. sets for the rest of the world. Good faith measures to reduce nuclear stockpiles and reduce the possibility nuclear war on the part of the U.S. creates a greater incentive for other countries to follow suit. On the other hand, maintaining or growing a major nuclear stockpile can generate competition.

The Nuclear Nonproliferation Treaty (NPT), which the U.S. is also a party to, lays out three goals: that nuclear-armed states will move to disarm, non-nuclear-armed states will not acquire nuclear weapons, and all countries will be permitted to access nuclear energy for peaceful purposes. The NNSA’s plan may not violate the letter of international or domestic law, but it does violate the spirit of these treaties. And when the U.S. acts against the spirit of these laws, it weakens them on the international level and disincentivizes compliance for other nations. That creates a more dangerous world for all of us. President Obama should live up to his lofty rhetoric and prevent this plan from going forward.