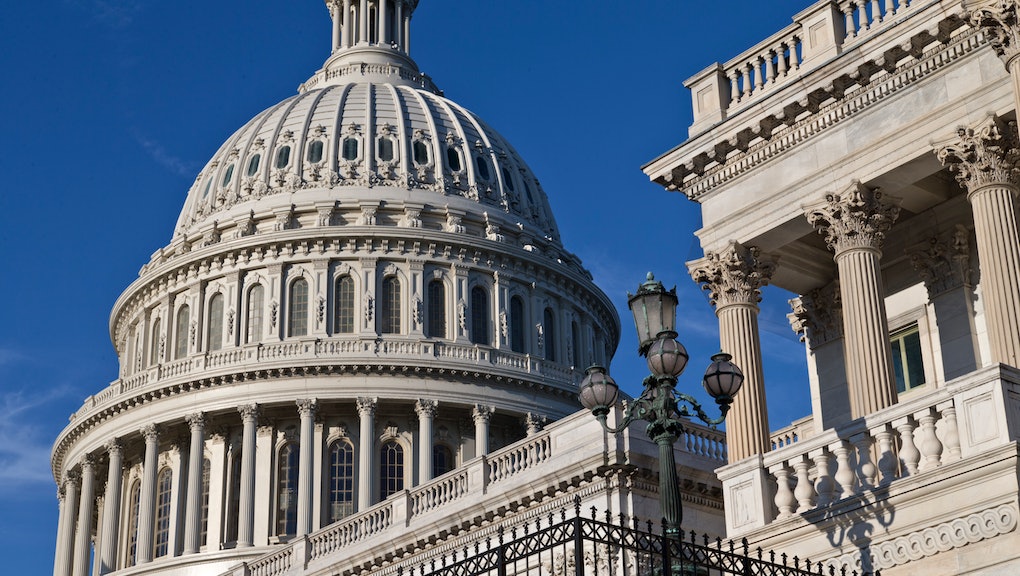 Although America has been granted a reprieve from the chaos caused by the partial government shutdown, the vast differences between the parties going into the budget negotiations mean worse things could be yet to come. As much as the negotiations are drenched in political noise, there are fundamental issues worth arguing over. But one thing that we should not have to focus on is the debt ceiling. It's nonsense and its political usage is dangerous and absurd.

The national debt is all the money that the U.S. government owes. This is divided into two parts: the government's debt to whomever purchased its securities, be that foreign governments or private companies, individuals or the Fed; and its intragovernmental debt, which is owed to program beneficiaries of different federal government accounts such as the Social Security Trust Fund. Currently out of a total $16.8 trillion, the biggest owners of debt outside the federal government are foreign countries, who credit makes up nearly 30% of the federal debt. This is primarily from China and Japan. Within the government, Social Security and Federal Retirement and Disability make up a little over 20% of the total debt.

After 1979, the Gephardt Rule stipulated that if Congress passed a budget, it would automatically pass a corresponding increase in the debt ceiling. This was an informal parliamentary procedure, and it disappeared during the 1995-1996 government shutdown. Republicans used this decoupling again to hold the Democrats hostage in the summer of 2011 and a few weeks ago.

It's unclear how a default on the national debt would pan out. Some claim that no default would occur because of the Fourteenth Amendment. The Treasury did have to operate under "extraordinary measures" earlier this year as the debt ceiling limit was reached briefly in May — which meant deferring intergovernmental payments to meet obligations to the owners of government debt. But long-term default would be a disaster — the government's credit worthiness would be shattered (it's already severely damaged for a lender-of-last-resort) — and there are numerous other less obvious effects.

What does the debt ceiling achieve? It is merely another piece of legislation for Congress to argue over, and one that they should not be able to argue over if they have passed a budget. Given the current strategy of the Tea Party, the debt ceiling has been used senselessly to try to force the Democrats' hand. As the Congressional Budget Office and others pointed out during the last debt ceiling crisis, fiddling around with the amount of permitted debt is a useless exercise, since the reasons (i.e. spending or lack of revenue) for that debt have come through a totally different legislative action.