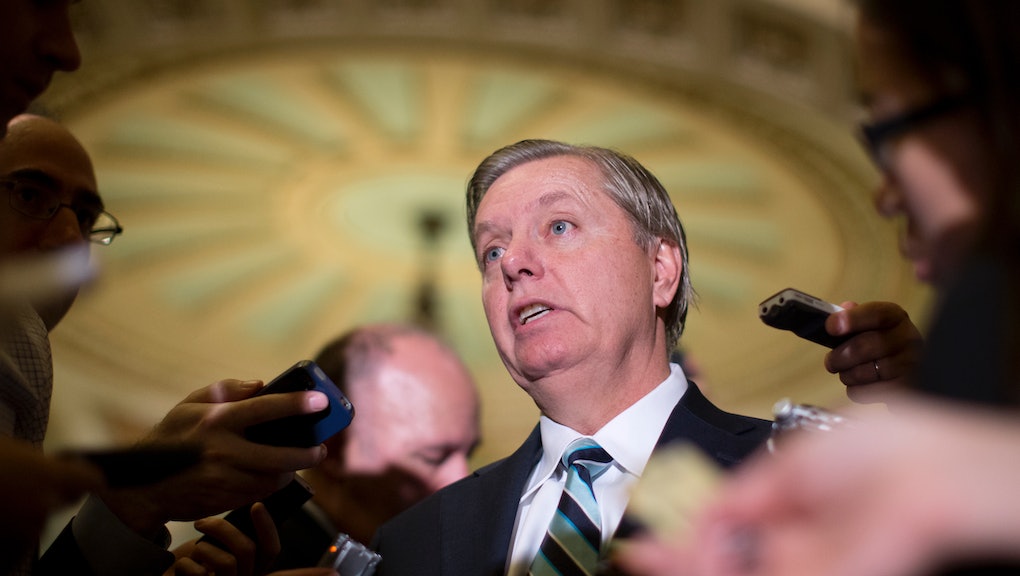 Today is the Senate's first day back from recess, and the nation's most august lawmaking body is already settling in for another round of intractable partisan gridlock. This time, Senator Lindsay Graham is threatening to block all nominations from the White House unless a joint select committee to look into last year's embassy attack in Benghazi, Libya is established. This comes in light of last night's 60 Minutes program about the attack.

Graham's position is dripping with irony, because it was only three months ago that he was calling the filibuster against Richard Cordray (now head of the Consumer Financial Protection Bureau) "wrong." If Graham thinks blocking a specific nomination because the GOP disagrees with the existence of the position itself is wrong, why is it suddenly right to block all nominations over Benghazi? This isn't like the nominations of now-CIA-Director John Brennan and Secretary of Defense Chuck Hagel, where Graham demanded that he be able to ask specific questions before confirming the appointments. In both cases, the Senate GOP failed to find evidence that the White House was behind some sort of cover-up.

The GOP is not in full consensus over this, and Graham is going against party leadership with this move: House Speaker John Boehner and Senate Minority Leader Mitch McConnell have both expressed opposition to setting up a Benghazi commission. Hopefully something will convince Graham to either change his mind, or the Senate might circumvent him procedurally getting rid of the filibuster this session. Fights like this one only lead the president to have a longer and longer backlog of federal appointees. Like most things carried out by Congress, this new blockage is likely meant to send a message to Graham's potential primary voters rather than actually accomplish anything for the American people.