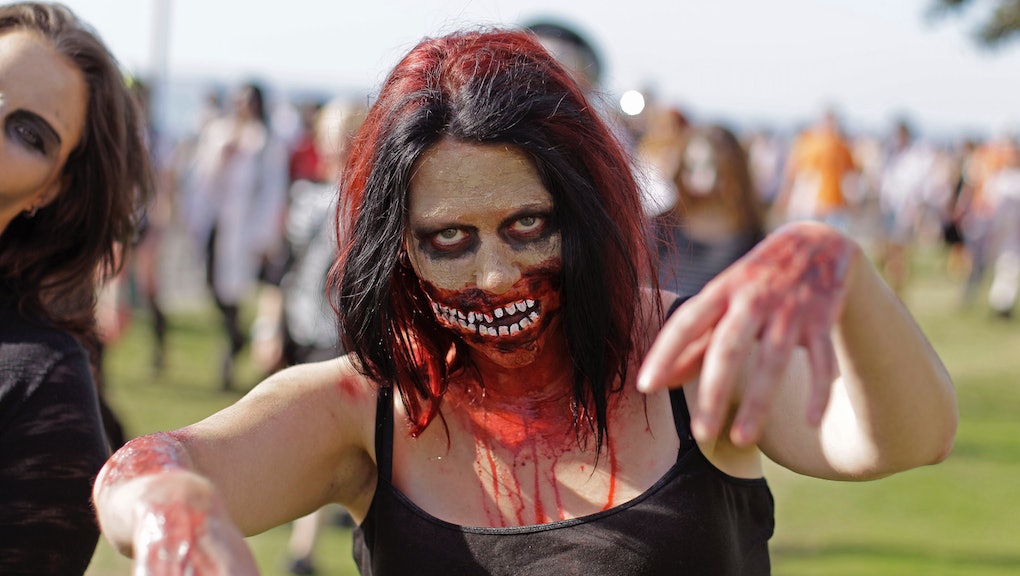 I'm So Over "Sexy" Halloween Costumes

I've never been great at Halloween costumes. I'm not craft-oriented or creative. I often rely on Google and end up sifting through a trove of uninspired fairy costumes (do I want to be a sexy Goth fairy or an ambiguous glittery thing with wings? I would say the possibilities are endless, but they seem to end at these two) along with a vast amount of equally boring costume ideas and outfits, some of which I've actually purchased.

Halloween often gives people an excuse to be offensive and appropriative — and, as Cady Heron famously observed in the masterpiece of our generation, "Halloween is the one night a year when girls can dress like a total slut and no other girls can say anything about it."

I'm not here to rag on sexy costumes. Anyone interested in shaming your personal costume choice for being "too sexual" is not worth your time. The real issue is that the range of costumes available to women is limited — and the selection is fairly dull.

Costumes that rely on sex appeal can afford to be lazy. Manufacturers figure that as long as there is skin showing, the costume is viable. Bitch magazine's list provides women with alternative and interesting options for Halloween and widens the narrow cultural space this holiday traditionally offers women.

Don't let the marketers keep you down. Go as a sexy bumblebee. Or be Xena, Warrior Princess. Or don't dress up as anything at all. The exercise of choice, carving out your own Halloween identity the way you carved your jack-o-lantern, is what's important. Broadening the way women can represent themselves could make Halloween — and ultimately the rest of the year — a more fulfilling, enjoyable time.