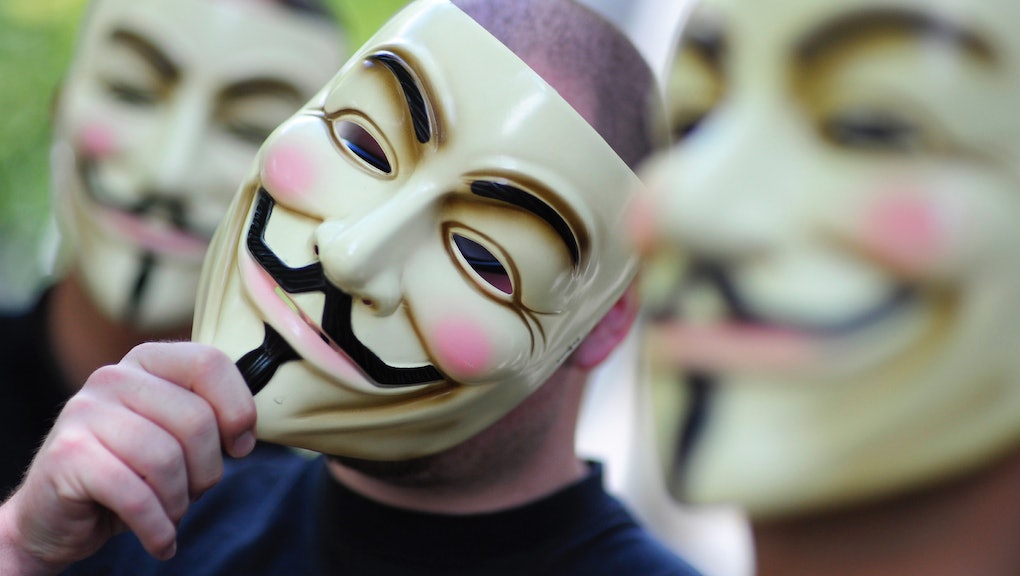 This 12-Year-Old Just Got Busted For Hacking For Anonymous

This week, a 12-year-old Canadian boy pled guilty to hacking into government and police servers during the 2012 student protests in Quebec. According to NakedSecurity, he admitted to working with Anonymous affiliates and breaking into government servers located as far away as Chile.

The police estimate his attacks have led to around $60,000 in damages. But while Anonymous, the loosely-organized internet hacktivist group, generally has a political motivation for its actions, the boy's lawyer claimed in court that he was apolitically breaking into these systems for the challenge alone.

The young hacker's intrusions laid the groundwork for Anonymous affiliates to carry out Distributed Denial of Service (DDoS) attacks and webpage vandalism, and to gain access to databases in order to copy information. And in exchange for providing his services to Anon members, the hacker received video games, according to the Toronto Sun. It's a good thing he at least had his priorities straight.

Young wünderhackers like the notorious Kevin Mitnick have been around since the dial-up modem, but this young man may be the youngest-ever to be arrested for computer crimes. He's being compared to another Montreal-based teen hacker, Mafiaboy, who famously carried out attacks on a number of big-name websites back in 2000. Some estimated that his attacks damaged the tech sector to the tune of $1 billion. He wound up in jail at the age of 15, and now runs a software consulting firm.

The fifth-grade hacker's sentencing hearing is next month, and he will likely receive some kind of penalty keeping him away from those hard-earned video games. Bummer.