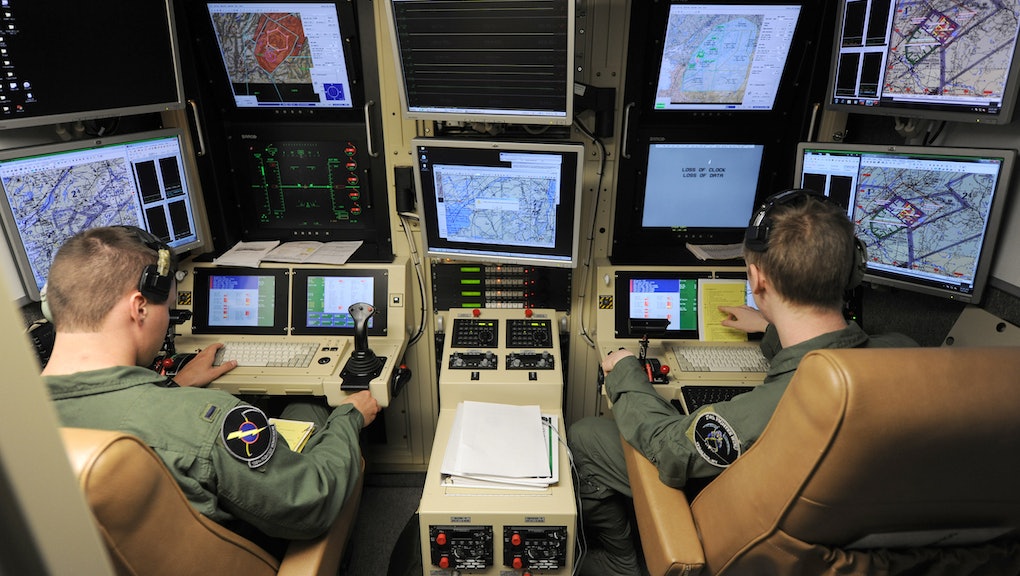 Outrage Over Drone Strikes is Ridiculous — I Should Know

The problem with recent outrage over drone strikes in foreign countries is that the anger misses its mark. A drone is a thing that can drop a bomb or fire a missile, a weapon with a human on the trigger. That’s it. There’s a person flying the drone like a video game somewhere — maybe 50 miles away, maybe 10,000 miles away — another person or group of people looking at the camera feed from the drone, and a bunch of other intelligence that suggests to them that a small group of blobs in a certain place and at a certain time are enemies of the U.S. who need to die, or not.

Let’s get a few things straight. Most of what I’m going to say comes from things I saw during my first deployment, 2007-08. I was the executive officer in two consecutive units of 125 paratroopers and was usually in a position of relative safety. For regular units, having any visibility of drone strikes, at that time required that you be in a command post, or Tactical Operating Center — the rooms where officers made decisions about what would happen in a fight based on radio reports and monitors showing live feed from a video. I wasn’t the decision-maker in those rooms, but I was an officer, and I saw how drone strikes happened:

A room full of officers, sergeants, and enlisted would watch a screen with enemies on it. One officer would be on a computer, communicating over a secure virtual chat with a drone operator. The officer in charge of the operation would say something like, "Fire the missile," which the officer on the computer would relay to the drone operator, and the drone operator would press a button, firing the missile. The process was, as they say, deliberate.

Drone strikes were a less responsive form of CAS strikes, which are "close air support" strikes and entail a plane dropping a bomb, presumably on bad guys. In the old days — WWII, Vietnam — this required planes to get close, and the enemy tended to be pretty close too. These days, most bombs are laser or GPS assisted. True "close" air support like you see in movies about wars from our parents and grandparents' era isn’t that common. The only real difference between the two is that there's a more deliberate process for firing missiles from drones — it's easier to employ bombs or missiles from airplanes. Drones were a pain in the ass.

To reiterate, my experience on my first deployment was this: We’d see the enemy — the Taliban — through some sort of long-range device, such as a strong telescope, or in some cases, observation drones or planes flying overhead. This would be just after or before a fight, or it would just be a group that was in a place they shouldn’t be, late at night, moving suspiciously. We’d see them, make an assessment over whether they were bad guys or not. Rest assured, they usually were — I legitimately believe that when you see seven or eight guys moving in single file line at night carrying suspiciously long pole-shaped things and backpacks toward a base that would regularly get attacked at night by Taliban, you’ve "positively identified" or "PID'ed" some enemy. We'd hit them with one of the following weapon platforms, listed in order of usual preference and availability (helicopters would only show up during a fight, unless you were really lucky, which I don’t recall us ever being):

- CCA (rarely available for reasons too complicated to get into here)

If you want to be angry about drone strikes, a much better and more logical target would be the CIA, which employs most of those drone strikes in sovereign countries, the State Department for overseeing the CIA, or the White House's inability to craft a credible and comprehensive long-term foreign policy since the fall of the Berlin Wall.

It’s indisputable that much of what happens in war is bad, and produces a clear net evil in the world. This doesn’t prevent us from going to war (although sometimes it feels like it should), but it does give us pause, so that we go only when the need is strong enough and the threat is great. I’ve never heard anyone say, "155mm Howitzers are horrible, we really need to decommission those awful things," or "Why does America employ MK-19 MGs? They’re machine guns that shoot grenades — that’s clearly way too much, total overkill," or, "We shouldn’t use planes to drop bombs in combat, it causes too much collateral damage."

That’s the logic against drone strikes. And it’s stupid.

Are we done? Can we stop complaining about them already, and bring our national discourse to more important issues, like what we’re doing in Pakistan in the first place, or why we’re allied with a country like Saudi Arabia, which doesn’t let Israelis onto its planes? Or the intransigent problem of urban poverty, or Detroit’s slow failure?

Seriously, pick something else. Because this drone strike business is ridiculous.