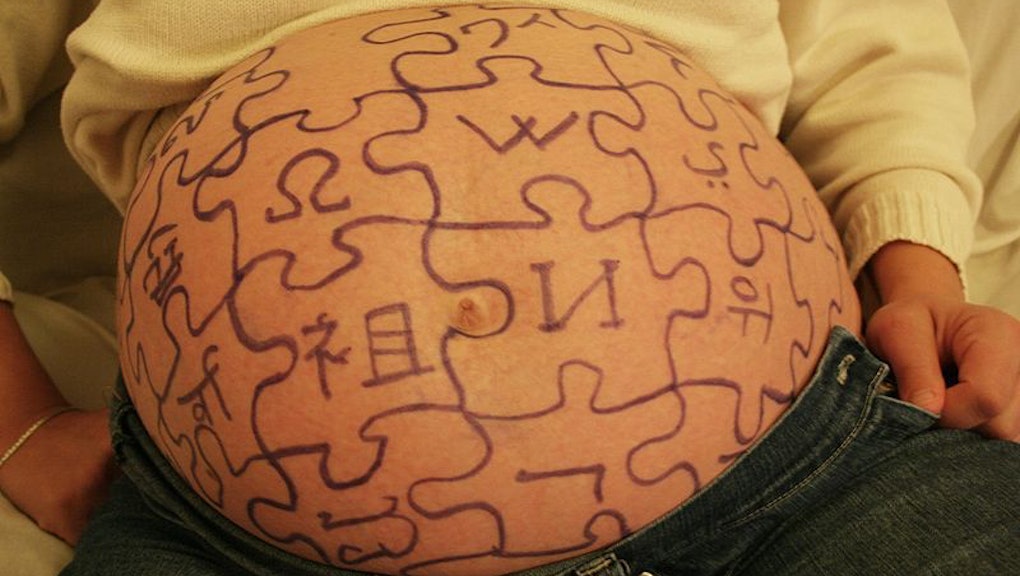 Thinking You Can't Get Pregnant In Your 20s is An Illusion, Study Finds

When you're in your early 20s, feeling like the cigarette-smoking, whiskey-chugging, out-all-night-dancing royalty of the East Village or whatever, it can seem like not a whole lot can touch you. Cancer happens to old people or people who really smoke. Liver damage? Clearly not on my radar for 50 years or more. And getting pregnant? That happens to other people. Also, YOLO?

But this precise kind of "magical thinking" may put 20-somethings at risk, according to a new study released last week by the Guttmacher Institute. The study, based on a sample of women aged 20-24 who had abortions in 2008, found that a number of the women were either not using birth control or were using it incorrectly but believed, for some "magical" reason, that they just wouldn't get pregnant.

Now, I don't think that one report "proves" that all young women are complete idiots having unprotected sex willy-nilly with everyone they encounter, then suddenly flabbergasted when they have seven babies, even if that's how Fox News would have reported it. For one thing, the sample size is small, the study is limited to women who have had abortions, and it is not diverse with regard to race and socioeconomic background. Still, it does bring up some interesting questions about youth sexual attitudes and contraception.

The study finds that there were three main reasons that women who became pregnant felt their likelihood of conception was low: feeling invulnerable, perceived subfecundity, and inattention to the possibility of conception. Sometimes, women felt that because they had not become pregnant in the past when they did not use birth control or used an unreliable system like the "pull-out" method (still not a real method, you guys!), there was less of a chance of getting pregnant. You can definitely see this twisted logic in other situations: People continue to take risks believing they won't suffer the consequences simply because they haven't in the past. For some women, the risk of pregnancy did not weigh heavily because they were dealing with other pressing concerns like homelessness, drug use, or domestic violence. Often, women in the study had incorrect information about contraception and how it should be used.

The study concludes that more research is needed into why women who become unintentionally pregnant do not use birth control or use it incorrectly/inconsistently, but it's clear that promoting comprehensive sex education should be a top priority for lawmakers and activists.

Lucy Trainor, Assistant Director at Massachusetts-based reproductive justice organization The Civil Liberties and Public Policy Program (CLPP), agrees. "I think this study raises some important questions about the intersections of access and education. It isn't enough to simply make contraception available to people - a crucial part of the equation is providing people with the education and resources they need to make informed decisions," she says.

Frequently, we're told that increased access to contraception will solve the issue of unintended pregnancy. This is clearly one-dimensional — young people need an increased availability of birth control, paired with real education about how the reproductive system functions, how to use contraception most effectively, and what kinds of methods can work best for them.

Yes, sometimes you feel invincible when you're young, and yes, sometimes that leads to making stupid decisions, but it's clear that the results of Guttmacher's research begin with a lack of information caused by poor sex education. Reducing the number of unintended pregnancies and empowering 20-something women in their sexual health decision making could be, as Jezebel notes, as simple as "telling men and women the truth about their bodies."

Magic is usually an illusion, after all. What we think looks like "magical thinking" may be hiding poor sex ed up its sleeve.