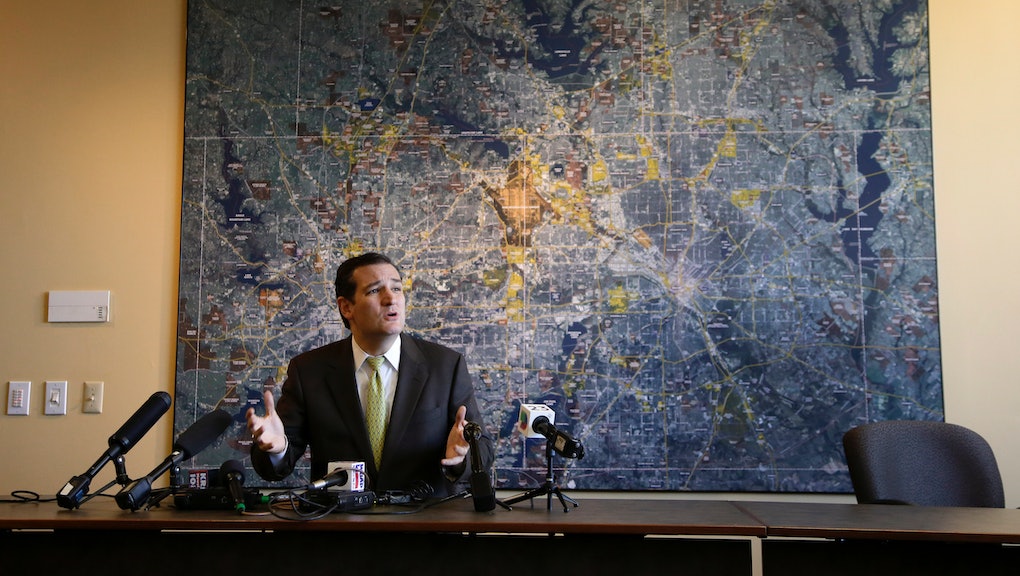 Adolescents. We all know the foul-mouthed, uncooperative, often stubborn creatures who self-assuredly boast about their desire not to mirror their parents and their plans to change the world with bold new ideas. Frustrated with the nature of the parent-child relationship, eventually these angsty teens leave the nest voluntarily, or are pushed out by their parents.

It’s time for the GOP to pack the Tea Party a bag, give it a loving embrace, maybe some spending money, and drop it off at the bus station to start its own life as a relevant, separate political party. There are three top reasons Republicans need to send the Tea Party on it’s own way.

1. The 'my way or the highway' attitude

Like most angry and rebellious youths, the Tea Party seems to believe that it is inherently right in whatever it believes. Much like a teen who's been given the keys to his first car, the Tea Party sees its electoral victories as a “mandate of the people” which it uses as a vehicle to take the country anywhere it damn well pleases, simultaneously ignoring the facts that huge swaths of Americans don’t want to go the same direction (a paltry 24% of the population support the Tea Party), think it’s being reckless and, are ticked off at its use of the vehicle to do stupid things – like forcing a government shutdown because it’s unhappy about not getting its way.

CNN’s Candy Crowley was rather surprised to hear Sen. Ted Cruz (R-Texas) say, “Destroying the entire planet is really the best and only way to stop Obamacare.” Instead of allowing this not-so-amusing display of hyperbole to stand alone, he elaborated, saying, “Obamacare is like a parasite that needs a host to feed on. If you want to kill the parasite you kill the host, and in this case that means killing this planet. As long as there’s a planet Earth, the nightmare of Obamacare could always come screaming back to life.”

Really, senator? At last check, the prescription for a tapeworm wasn’t suicide. His childish suggestion demonstrates two things about the Tea Partiers. First, they will take any risk to achieve their ends, even to the detriment to every American. Second, they have a strong commitment and will, things they need to make it as a party apart from the GOP.

3. The need to find its own place in the world (of politics)

The Tea Party is disruptive, and as with all adolescents, that is a part of its nature, but it’s tearing the GOP apart as Republicans try to define themselves in the minds of the voting public and as Republican leaders try, and often fail, to make meaningful legislation that is both moderate and appealing to Tea Party members. If the Tea Party believes that its desires as more important than those of the GOP and doesn't even consider itself a part of the party, the gridlock will continue and we will probably see more political brinksmanship in the future.

Plus, Americans could use a viable major third party player in government to make for an institution that is more focused on coalition building than partisan division. The Tea Party already has national recognition and respect (depending on whom you ask) and it has big donors behind it; these factors mean it’s far more likely to be viable than most third party groups come election season. The Tea Party deserves the chance to survive on its own without the direct backing of the GOP – this would be the real test of the movement and its political ideals.

Some current GOP members would split from the party, but with its radically conservative wing gone, Republicans would have a much easier time recruiting new members. This would mean more political candidates of higher quality, more decision-making power for Americans, the chance for moderates to have a voice again, and much more interesting elections.

Everybody grows up eventually, and this is just the natural next step for the GOP and the Tea Party.