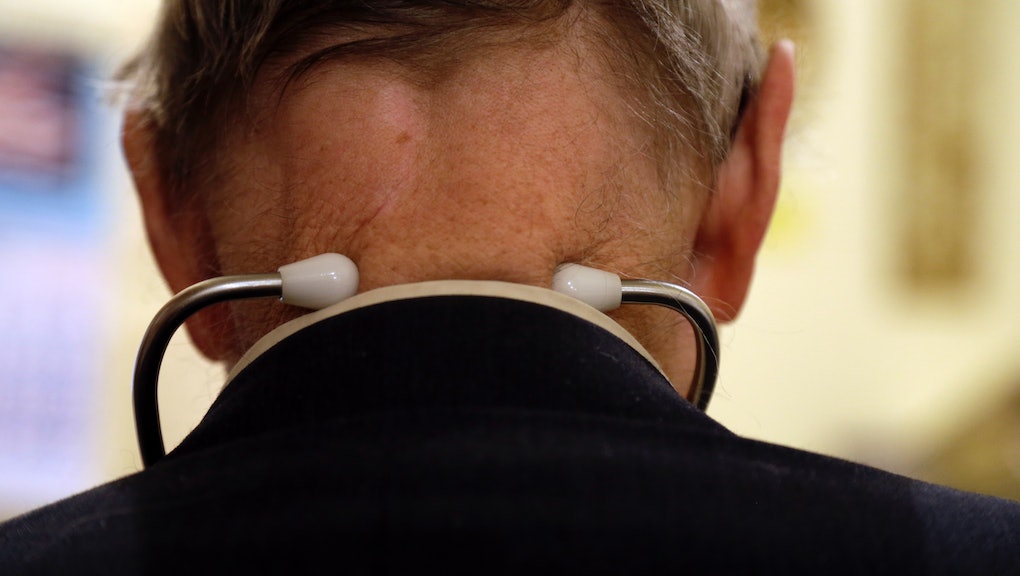 Vermont Wants to Be the First State With Universal Health Care

With all the confusion and technical difficulties that have plagued the launch of President Obama's health care exchange, it's not surprising to hear one state is seeking to bypass bugs and partisan bickering and take health care into its own hands.

Vermont, under the leadership of Governor Peter Shumlin, is set to implement the nation's first true single-payer, universal health care system. The plan, known as Green Mountain Care, has been a cornerstone of Shumlin's campaign platform, who has hailed universal health care as "a right and not a privilege."

In a political climate where private employers are cutting their employees' insurance and states are rejecting the terms of implementing Obamacare, Green Mountain Care appears to be a rare instance of Democrats making substantial progress in their goal of increasing health coverage. If executed properly, it has the potential to achieve what Obama was never able to do: provide a Medicaid-style universal insurance program that liberals have been demanding for years.

Green Mountain Care fundamentally seeks to modify existing single payer insurance, with certain new cost-saving measures. According to Gov. Shumlin, "[W]hat we want to do here in Vermont is to create a single pool, much like General Motors, Ford, Oracle, and use technology and other methods to contain cost." Additionally, Vermont's insurance plan seeks to create fixed budgets for health providers, to avoid monetary incentives for over-provision of services.

The plan, which was signed into law May 2011, is part of Vermont's larger health insurance overhaul. It is currently undergoing a three-phase implementation, and is expected to be fully in operation by 2017. The lengthiest delay stems from the need for federal waivers, which would allow for funds from the Affordable Care Act to be pooled with Vermont's own health insurance program. This should not be a problem, however, as Governor Shumlin has stated President Obama personally expressed interest in allowing Vermont to institute its own plan, claiming, "We want the states to be laboratories for change."

Vermont, with a population of just over 600,000 and a Democrat-dominated legislature, is the ideal laboratory setting for such a fusion between state and federal insurance programs. If successful, Green Mountain Care could be touted by the left as a health care triumph, proof that single-payer health care reform is indeed feasible.

The nation's eyes will be focused on Vermont's health care experiment, as it could finally provide some possible solutions for the thorny, long-term problem of health care cost in America. A cost-effective, state run program appeals across party lines, and if successful could provide the template for future nationwide health insurance reform. As Senator Bernie Sanders (I-Vt.) opines, "The quickest route toward a national health care program will be when individual states go forward and demonstrate that universal and non-profit health care works, and that it is the cost-effective and moral thing to do.”