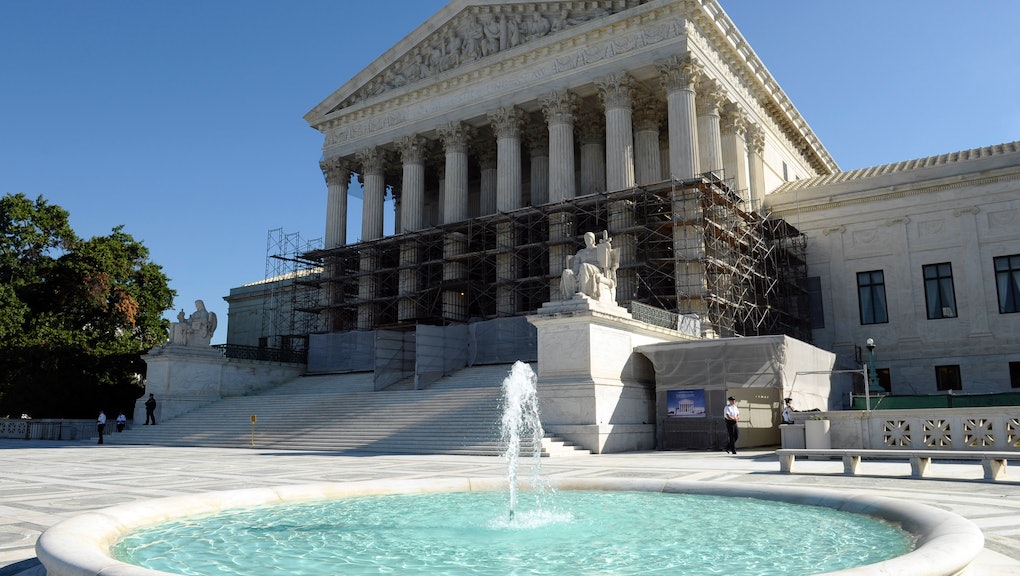 "The best test of truth," wrote Supreme Court Justice Oliver Wendell Holmes in Abrams v. U.S. (1919), "is the power of the thought to get itself accepted in the competition of the market."

Speech, he thought, should counter speech. If the speech has merit, it will be heard. But what if that "speech" comes in the form of $3.6 million, the approximate maximum aggregate amount any individual can spend on an election cycle? Without an incredibly large megaphone or wallet, most Americans simply aren't able to compete and have their voices heard.

As of earlier this month in the case of McCutcheon v. Federal Election Commission (FEC), the Supreme Court is considering abolishing this aggregate maximum as a violation of the first amendment's guarantee of freedom of expression. Because, as we all know from the infamous 2010 Citizens United decision, money is considered speech in America. Money, however, is not speech, and if McCutcheon builds upon the foundation built by Citizens United in 2010, our campaign finance system will face irreparable consequences.

Large donations are detrimental to our campaign finance system, and, consequently, to our democracy. As the government (representing the FEC) argued, large donations to candidates create a sense of indebtedness between the candidate and the donor. This is a dangerous precedent to set before the candidate is even voted into office. Furthermore, if a candidate can raise all the money she needs from a select few people, she will inevitably and invariably attempt to serve their interests over those of the community at large.

While the court's four liberal justices seemed to unilaterally accept the government's argument on behalf of the FEC, the five-justice conservative wing proved less cohesive. Justices Scalia and Thomas will almost surely vote in favor of McCutcheon, thereby abolishing aggregate individual donation limits. Chief Justice Roberts, on the other hand, appeared less assured from his line of questioning in oral argument, and seemed to toy with the idea of maintaining the current aggregate limits while abolishing the smaller limits on various categories of donations. Generally, the argument concentrated on whether or not non-independent expenditures create a quid-pro-quo sense of indebtedness and therefore lend themselves to corruption.

But there's a more fundamental argument to be made here: Money isn't speech.  The "competition of the marketplace," as Holmes put it, ensures that only speech with merit will be heard. Although the First Amendment protects your freedom to speak, it does not guarantee that anyone will listen. Enough money, on the other hand, forces candidates to listen because they rely on large donations to win elections. Speech and money, therefore, are two fundamentally different things. Our government should represent each and every citizen, not just those who can afford to be heard.