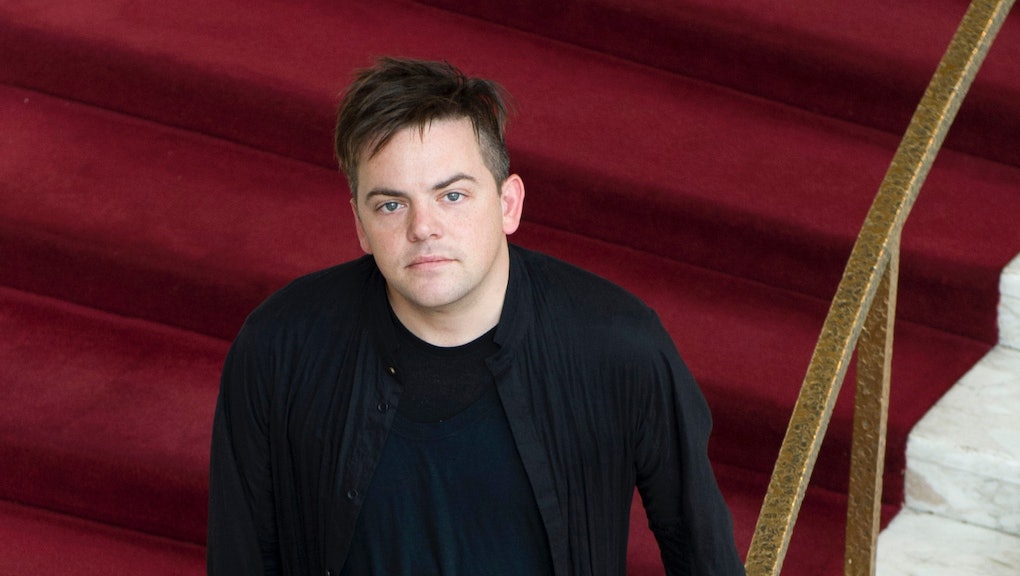 Nico Muhly is not your typical opera composer. He's got a wicked sense of humor, isn't afraid to show his nerdy side, and quotes Beyonce easily. But, most importantly, unlike every other composer whose work is being shown at the Metropolitan Opera this season, Nico Muhly is, frankly, alive.

At just 32-years-old, Muhly had his Met premiere last Monday with his opera, Two Boys. The Met Opera commissioned the work, and Muhly is the youngest composer the esteemed house has backed like this. That fact alone is a testament to the man's talent: for an institution so steeped in more classical, long-established works, commissioning a young composer is a risk.

It's even more of a risk when you learn what the opera is about. Two Boys, based on a true story from the early 2000s, tells the tale of a 16-year-old boy in England who stabs a 13-year old. We follow a detective as she figures out why this happened — it's very Law and Order: SVU. However, unlike any other opera at the Met, most of the action takes place on the internet.

On the same stage where classic Puccini, Verdi, and Wagner operas are performed, giant projections show chat screens and webcam footage. Two Boys is set in 2001, right at the beginning of mass global, digital communication. It was a terrifying, lawless place, full of strangers randomly contacting you through instant messenger. Users lacked the official social media platforms we have now, and the rules on how people should reasonably interact had not yet been conceived.

I've said before that it is part of an artist's job to represent their contemporary culture, and Two Boys is a near-perfect recreation of the web in 2001. The libretto — the words of the opera — by Craig Lucas was written in accurate "chat language." The projections onstage showed this, with appropriate typos and phrases such as "g4n" (gone for now) and the consistent use of "u" instead of "you."

It brought back a flood of memories from my first forays onto the Internet: talking to strangers on message boards, using wild abbreviations, spending hours deciding on that perfect IM screenname. It was relatable in a way many classic operas won't be for viewers my age.

Two Boys could have easily been a very kitschy depiction of the origins of the internet. After all, how many times do you mockingly type "s0 kewl" to make fun of how our interactions used to be? Instead, Muhly, along with Bartlett Sher, the director of the production, took the utmost care to uphold the significance of this major cultural change that defined our generation.

With that attention and seriousness, Two Boys was hugely affecting. The detective was computer illiterate and made still-astute analyses of online communication as she explored it: "everything is ironic," she muses at one point, "they've killed off beauty." The opera points to the flaws of our major form of interaction, reminding us how easy it is to be tricked, even now.

Muhly's talent shines in choral compositions. In Two Boys, the chorus often acts as the voice of the Internet as a whole. Voices sing overlapping and repeating phrases, with one group of people repeating "hey" and another saying "u there?" But, as on the Internet, over the course of the opera, these phrases turn dark. Cyberbullies appear in the chorus, with voices repeating condescending and accusatory phrases, eventually telling the listeners to kill themselves.

Cyberbullying has not gone away in the 12 years since Two Boys' 2001. Although we have progressed past simple chat rooms and Geocities-hosted sites, there are still bullies, liars, and scams. More than that, there is still an intense loneliness attached to online interaction. As the enchanting choruses remind us, there are millions of voices out there, but we are still, ultimately, unmoving and alone in front of a screen. I felt for the characters in this opera, more than any other show I've seen, because I understand, first-hand, their experiences. This is an opera, very literally, about us.