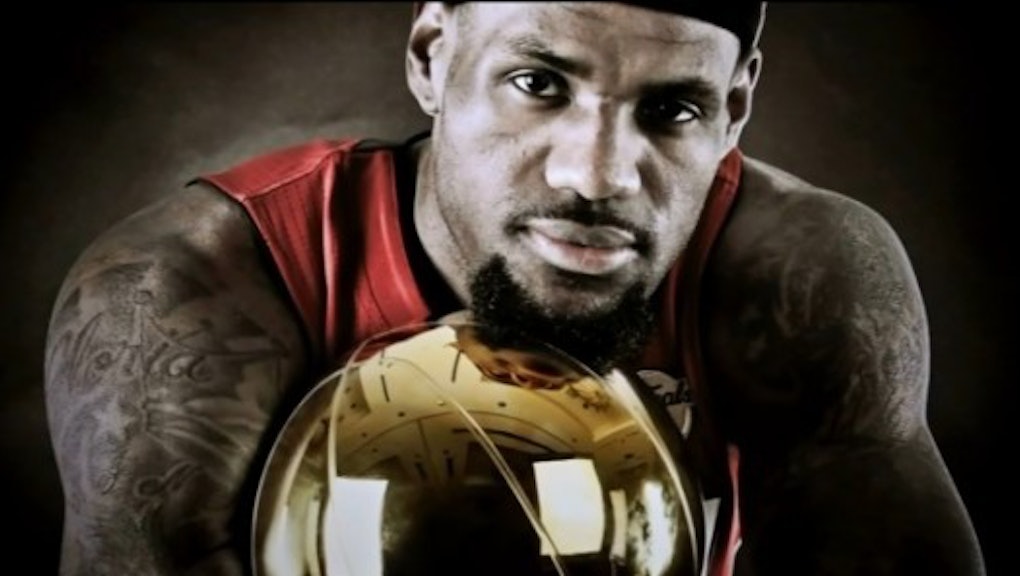 NBA 2013 Bold Predictions: A Look At the Eastern Conference

Basketball season is finally upon us, and it is time to unveil predictions for this year’s incredibly competitive race for the Eastern Conference crown. There is no clear-cut favorite, which will make this season all the more exciting to watch!

“When I go up to the rafters, we go up as a team,” Jason Kidd stated when his jersey was retired at the Barclays Center. Kidd’s team-first philosophy will be able to moderate the egos of the now star-studded starting five of Brooklyn. With their off-season acquisitions including Kevin Garnett, Paul Pierce, Jason Terry, Andrei Kirilenko, and Shaun Livingston, the Nets are easily the deepest team in the NBA from top to bottom. The hiring of Jason Kidd and all the team’s new assets are the best thing that could happen to Deron Williams and Brook Lopez at this point in their careers. If they're healthy, you can expect the Nets to finish third in the Eastern Conference and win the Atlantic Division.

Bold Prediction: The Nets will take the Miami Heat to 7 games in the Eastern Conference finals.

The New York Knicks shocked everyone last season by finishing with the second best record in the Eastern Conference. To replicate that success, a few things must happen: Iman Shumpert must emerge as an all-star, Carmelo Anthony needs to score at the same frequency as last year, and Tyson Chandler must play with same intensity as he did when he won Defensive Player of the Year. With the additions of Metta World Peace and Andrea Bargnani the Knicks have a diverse array of weapons on offense and defense. However, with the injury-prone Bargnani, JR Smith, and Amar’e Stoudemire, coupled with Carmelo Anthony’s decision to forego surgery in favor of rehab, health will play a major factor in the Knicks' performance this season.

Bold Prediction: Mike Woodson will be fired by the end of the season considering the Knicks new management.

After losing the heart and soul of the team in Paul Pierce and Kevin Garnett, the Celtics are starting from square one with a new roster and head coach. Jeff Green must become an All-Star, supplemented by the emerging talent of Avery Bradley, for the Celtics to turn heads this season. In order for the Celtics to make the playoffs, Rajon Rondo would have to come back healthier than ever. Another asset for the Celtics is that many of their big men, such as Kris Humphries, Kelly Olynyk, and Brandon Bass can shoot the ball. This will fit well in rookie head coach Brad Stevens' fast-paced offense. Lastly, Jeff Green is a huge fantasy basketball sleeper and will put up big numbers for his position this year.

Can Jonas Valanciunas, Demar Derozan, Rudy Gay, Amir Johnson, and Kyle Lowery make the Raptors relevant once more? The team's starting five is very underrated and can compete with most starting fives in the league. However, their bench is incredibly weak save Steve Novak, Landry Fields, and Tyler Hansbrough. If their starting five is shut down, their games will generally end in blowouts. Interestingly enough, head coach Dwayne Casey has stated that the team will run its offense through Valanciunas, automatically making him a great pickup for fantasy basketball and a potential all-star.

Bold Prediction: Jonas Valanciunas will play at an all-star level and the Raptors will be fighting for a playoff seed until the last week of the season.

The Philadelphia 76ers could not be more explicit in their mission for Andrew Wiggins. Despite their “riggin’ for Wiggins,” we can expect Evan Turner and Thaddeus Young to finally have the breakout years Sixers fans have been waiting for. (Although if both players are performing exceptionally well, do not be surprised if they are pulled out of the game.) After trading Jrue Holiday and benching Nerlens Noel for the season, the 76ers are on pace to win fewer than 20 games this season. Nonetheless, the Sixers own the most amazing t-shirt cannon ever conceived.

Bold Prediction: Although this year will be an exercise in futility, the 76ers will not have the worst record in the NBA this season.

Derrick Rose will defy all the critics that begged him to come back last season, and will challenge Lebron James and Kevin Durant for the MVP award. He will undoubtedly have the best season of his young career this year. However, Tom Thibodeau is notorious for overplaying his players so it will be difficult for the Bulls to be well rested come playoff time. Joakim Noah, Carlos Boozer, Jimmy Butler, and Taj Gibson will be the heart of the best defensive team in the NBA. The team’s glaring weakness is its three-point shooting, as Mike Dunleavy and Kirk Hinrich are their only legitimate threats from beyond the arc. Despite this, the Bulls will have a great season and finish second in the Eastern Conference.

Bold Prediction: Luol Deng will be traded sometime during the season.

The Pacers almost pulled off the impossible last year by challenging the Miami Heat to seven games in the Eastern Finals. Not to mention, this was all without their budding young all-star Danny Granger, who happens be injured for another three weeks. With Paul George and Roy Hibbert emerging as superstars, the veteran leadership of David West, and the signing of Luis Scola to help their weak bench, the Pacers will prove that last year was not an aberration. The young squad is bound to improve with time and the Pacers will be a threat to take Eastern Conference crown for years to come. Having the legend Larry Bird as their GM, he will not accept failure.

Bold Prediction: If the Pacers are under performing mid-season, expect Danny Granger to be traded for a true point guard.

It was a busy off-season in the Motor City. Welcoming back Chauncy “Big Shot” Billups alongside the newcomers Brandon Jennings and Josh Smith, the Pistons will once more fight for a spot in the playoffs. With Maurice Cheeks returning to a head coaching position, the Pistons will have a great veteran coach to mentor their young front court. Expect Andre Drummond to have a breakout season that will show the rest of the Eastern Conference that he will be a presence in the paint. Nonetheless, the spacing of Andre Drummond, Greg Monroe, and Josh Smith will be a problem for this team. Not to mention Brandon Jennings, who is a shoot-first point guard, is not the facilitator that the team needs to make the offense work well. The Pistons will be playing in the post-season, but do not expect them to move past the first round.

Bold Prediction: The Detroit Pistons front court will lead the NBA in blocks.

Although Kyrie Irving will be the next great NBA superstar, the Cavs do not have the pieces to make a real playoff run this season. They may be competing for half of the year, but over the long run they lack the depth to stand with the top of the Eastern Conference. With questions looming about number-one overall pick Anthony Bennett, the Cavs have a couple more years to go before they become solid playoff contenders. On the bright side, Dion Waiters has proclaimed himself as the next great shooting guard and it's great that his confidence is high. Nevertheless, with the signing of Andrew Bynum and injury-prone Anderson Varejao, the Cavs will have a tough time breaking the .500 mark.

Bold Prediction: Bynum will play fewer than 16 games this season.

Following the loss of Monta Ellis and Brandon Jennings, the Milwaukee Bucks attempted to ease the pain by signing O.J. Mayo and Brandon Knight. However, expect the Bucks to see a significant drop in the standings coinciding with their key departures of talent. On a positive note, Larry Sanders will still be the leading shot blocker in the NBA, which gives Bucks fans something to watch for this season. Simultaneously, Ersan Ilyasova will continue to improve his three-point shooting. The team will still be fun to watch and Mayo should have the green light to shoot whenever he wants.

Bold Prediction: Larry Sanders will be in the conversation for Defensive Player of the Year.

Unquestionably, Lebron James is the best player in the NBA. The two-time defending champions, and three-time Eastern Conference champions, will be vying to be in the same class as Michael Jordan’s Bulls and Shaq and Kobe’s Lakers as King James attempts to three-peat. However, with the talent in the NBA this season, it will be the most challenging battle Lebron has ever faced in his career. Can Dwayne Wade’s knees stay healthy? Can Greg Oden and Michael Beasley produce? These are among the questions that must be answered. Not to mention, the physical and mental stress of playing 313 games over the last 3 seasons may take a toll on Miami’s long-term stamina. Despite these factors, expect Miami to win the Eastern Conference for the fourth year in a row.

John Wall and Bradley Beal will be one of the most exciting backcourts to watch in the NBA this year, and Wall and Marcin Gortat will have breakout seasons. Major questions for the Wizards include the addition of D.C. favorite and Georgetown’s own Otto Porter Jr. and his impact off the bench for Washington. How healthy can Nené stay during this season? The Wizards' playoff hopes rest on the well-being of Nené’s foot. Needless to say, expect Washington to make the playoffs and finally bring this franchise out of the cellar of the Eastern Conference.

Al Horford and Paul Millsap will make the Hawks' frontcourt entertaining to watch this year. In regards to the backcourt, Mike Budenholzer, the Hawks' head coach, is known for being an integral part of Tony Parker’s development. Likewise, if he can help Jeff Teague reach his potential, there is a lot of upside for Atlanta’s future. With Kyle Korver in the starting lineup as well, expect the offense to run through Millsap and Horford. With a competitive Eastern Conference this year, the Hawks will slide into the #8 seed by season’s end.

Michael Kidd-Gilchrist must show the potential he had in college for the Bobcats to have any success this season. With Patrick Ewing as an assistant coach, new acquisition Al Jefferson can easily average 20 points and 12 rebounds per game. However, the team has glaring weaknesses in the small forward and power forward positions, which will be problematic throughout the season.

The Orlando Magic are still rebounding from the “Dwightmare.” Despite their trauma, they have solid pieces such as Nikola Vucevic and Tobias Harris to build their team around in the future. Not to mention, rookie Victor Oladipo and seasoned veteran Jameer Nelson will make this team an intriguing watch this season. Although the team may not have many prospects for this season, fantasy owners should grab Vucevic because he is a lock to have a double-double on a nightly basis.

Bold Prediction: Victor Oladipo will win rookie of the year.