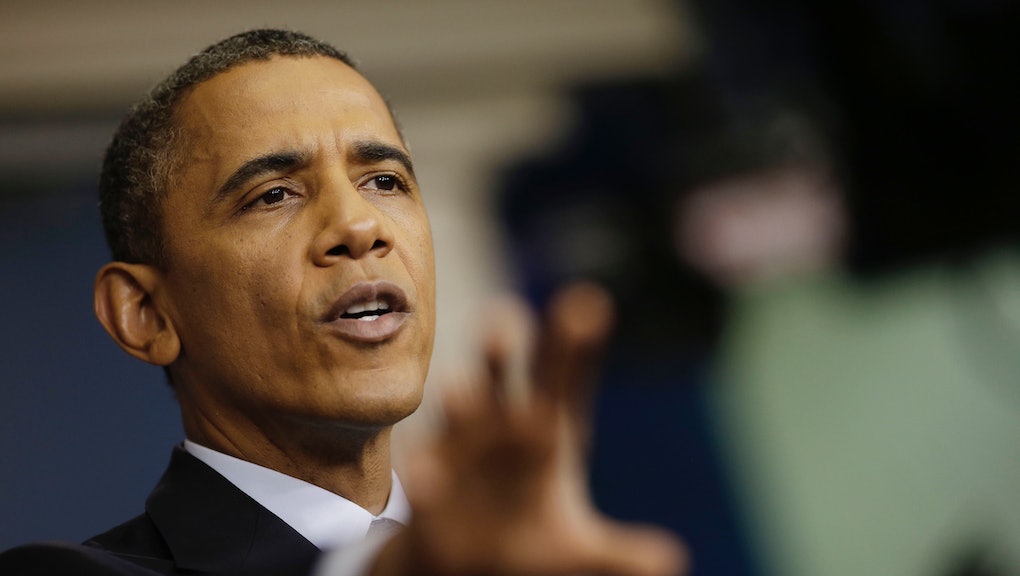 Obamacare Approval Ratings High Among Millennials. But Obama? Not So Much

The less-than-stellar launch of the online health insurance exchange site has prompted harsh criticism from both sides of the political divide, with virtually everyone mocking the supposedly tech-savvy administration's inability to manage a simple website.

Obamacare opponents have cited the tumultuous launch of the website as a broader symbol of big government failure. Several conservative commentators have focused specifically on millennial voters, suggesting that the flawed website will frustrate young people to the point that they will shift allegiances and ultimately vote against the Democrats in 2014 and 2016.

But in spite of all the glitches and missteps of the past month, recent Gallup polls show that young voters' support of the Affordable Care Act remains high. In fact, millennials are the only age group with a majority that supports the law. This is hardly surprising, as the shortcomings of the Healthcare.gov website do not equate to a failure of the ACA as a whole, which is set to be fully implemented in 2014. Furthermore, millions of millennials are benefiting from other provisions of the law that have already taken effect, such as the ability to remain on a parent's insurance plan until age 26 and the guarantee that insurance companies cannot deny coverage to individuals with pre-existing conditions.

But millennials' support for the Affordable Care Act does not appear to transfer to President Obama, the law's namesake and chief proponent.

Given the fact that President Obama was able to sweep both the 2008 and 2012 presidential elections with 66-60% of the youth vote respectively, his current approval ratings reflect a dramatic fall from grace among millennial voters, despite their general support for his signature legislation.

What does all of this mean for future candidates and parties hoping to court the youth vote? Perhaps politicians should shift their focus away from calls to repeal or replace Obamacare, and instead tap into millennials' disappointment over President Obama's unfulfilled promises on jobs, the economy, education, immigration, and government transparency. But instead, it appears as though all systems are locked and loaded for a 2014 midterm election battle over health care, a strategy that will likely fail to appeal to the millennial voters that the GOP so desperately needs.