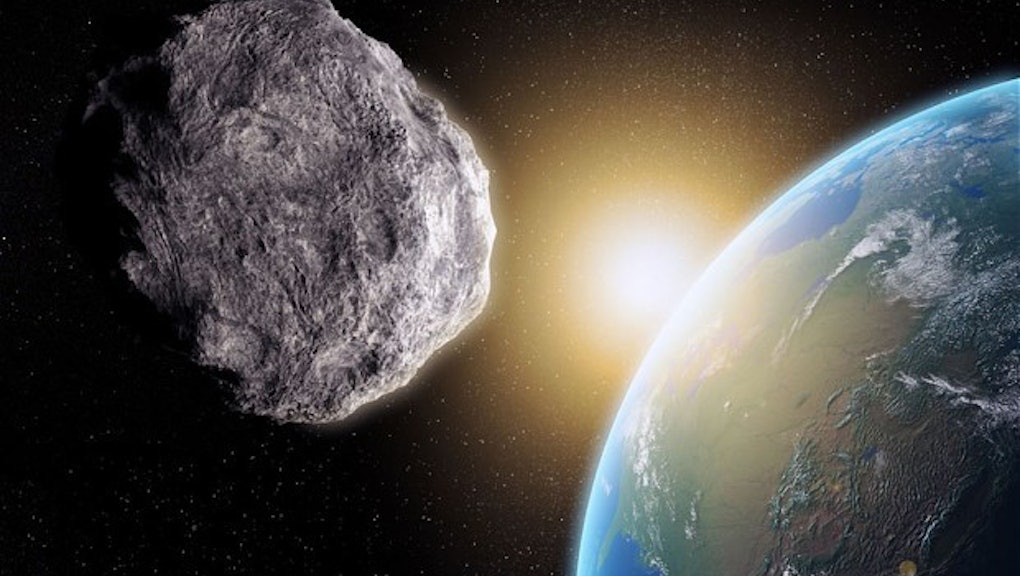 UN Asteroid Defense Program Could Save the Planet

As if UN Secretary General Ban Ki-moon didn't already have enough on his plate with humanity's earthly problems, the General Assembly has approved a the creation of a new "International Asteroid Warning Group" after intense lobbying efforts by worried scientists. The new group will serve as a forum for national authorities to share information about space rocks to close for comfort, otherwise known as Near Earth Objects (NEO), and organize an emergency response if necessary.

Astronomers have long warned of the dangers posed by catastrophic asteroid collisions, as well as the complete lack of an adequate defense plan. When a meteor entered the Earth's atmosphere in February over Chelyabinsk, Russia at an estimated 18.6 kilometers per second, space agencies around the world, like the rest of us, found out about it on Youtube.

In 2002, the U.S. government summoned the world's top scientists to elaborate an asteroid defense plan after clamouring from the scientific community. According to former astronaut Ed Lu and his chums at the Association of Space Explorers, however," [n]o government in the world today has explicitly assigned the responsibility for planetary protection to any of its agencies," over a decade after this self-described "urgent" conference.

In the unlikely event our planet did find itself in the path of an asteroid, the U.N.'s Committee on the Peaceful Uses of Outer Space will help coordinate a mission to deflect the asteroid. According to asteroid mitigation plans presented at the 2007 Planetary Defense Conference, NASA favors a series of standoff nuclear explosions to push the asteroid off course, but there are other schools of thought on asteroid deflection.

Asteroid defense, though, is only one part of the equation. Active monitoring and prevention is an essential component to any strategy. "It all begins with an observer making observations," says Gareth Williams of the Minor Planet Center based in Cambridge MA, which has been meticulously cataloging the orbits of NEOs since 1947. The UN plan would help orchestrate existing international efforts to locate any potentially dangerous objects. Experts currently believe Earth has only have only accounted for about 1% of such objects.

While it is enough cause sleepless nights for some astronomers, there is an infinitesimally small risk of actually experiencing a devastating strike in your lifetime. Nonetheless, the magnitude of the potential impact means it'd be wise to hedge our bets. As famed planetary defense advocate congressman George Brown (D-Calif) once said, "If some day … we discover … an asteroid that is big enough to cause a mass extinction is going to hit the Earth, and then we alter the course of that asteroid … it will be one of the most important accomplishments in all of human history."