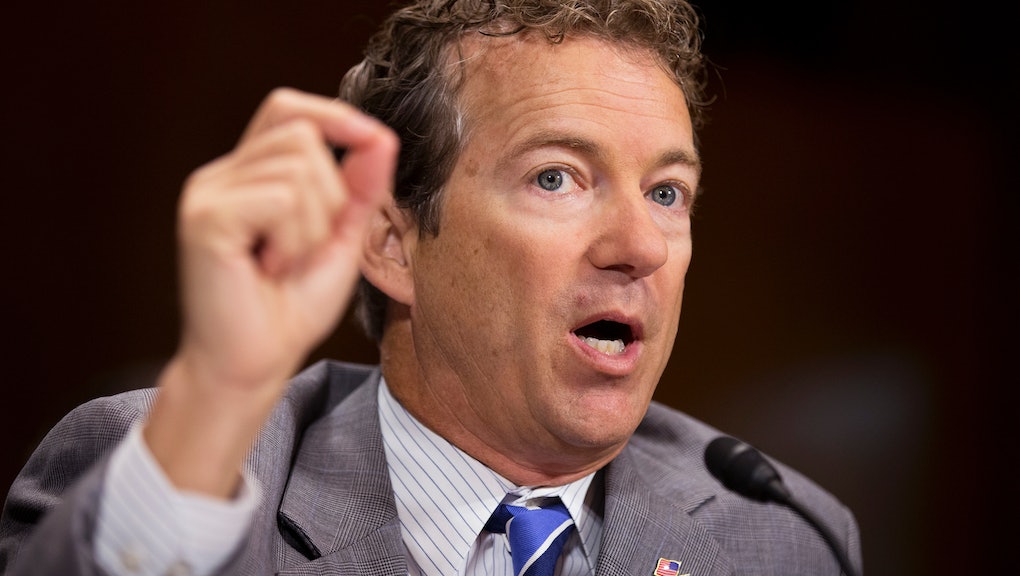 In a very awkward anti-abortion stump speech on Monday, Sen. Rand Paul (R-Ky.) conjured up bizarre comparisons to the little-watched '90s flick Gattaca. He likened the pro-choice supporters to would-be eugenicists who judge an individual's potential according to his or her physical traits.

"In your lifetime, much of your potential — or lack thereof — can be known simply by swabbing the inside of your cheek," Paul said to the audience. He asked, "Are we prepared to select out the imperfect among us?"

As a man of science himself — an ophthalmologist by practice — it is strange for Paul to employ Hollywood fiction in order to paint a biotechnical future for which he has no way of showing evidence.

This speech, which took place at conservative Liberty College founded by Pastor Jerry Fallwell in Virginia, attempted to garner support for floundering Virginia governor candidate Ken Cuccinelli. Included for flare were other members of the ultra-right like Jim Bob Duggar and Rick Santorum.

But to make matters worse for the Cuccinelli rally, it seems Paul lifted a substantial portion of his speech from the Gattaca Wikipedia page, reading word-for-word a number of phrases and descriptions of Gattaca characters and their plight. While this is not the first time a presidential hopeful has plagiarized a speech, the misconduct and his fear-mongering could dramatically affect image and his future campaign.