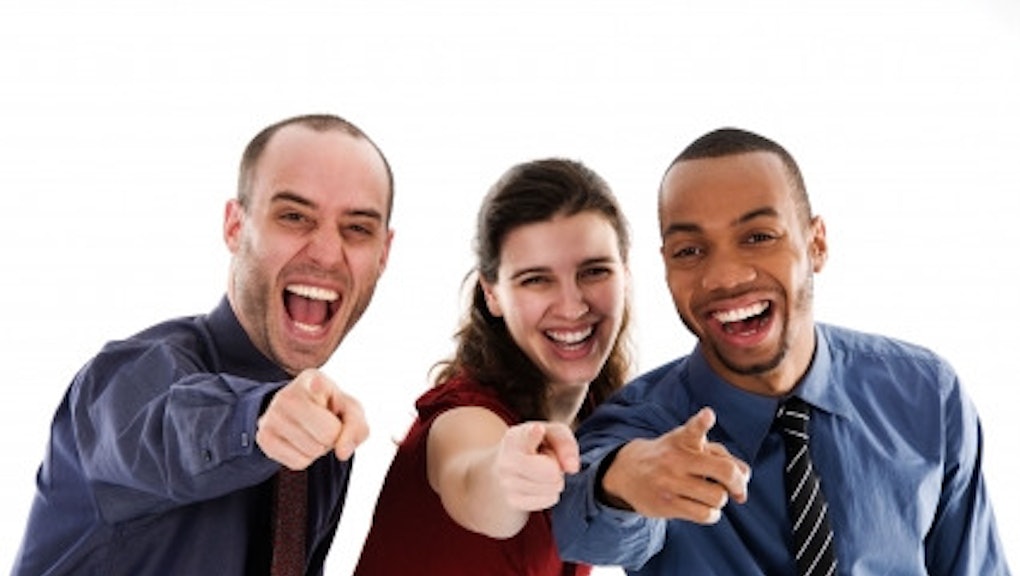 Have you ever felt happy to witness the failures of another person, but felt a twinge of guilt at your own heartlessness?

Well, there's no need for that guilt trip anymore. Scientists at Princeton University recently found that schadenfraude, or taking pleasure in the suffering of others, is a natural human response in certain circumstances.

Researchers conducted four experiments to test the circumstances under which participants felt good upon witnessing another's misfortune. These included a game in which participants selectively administered electric shocks to others, as well as a procedure in which MRI scans of the participants indicated their response to others experiencing positive or negative events.

The results of the experiments indicate that people experience schadenfraude when confronted with situations involving competition and rivalries. For example, in one experiment that featured a well-known sports rivalry, when an observer's preferred team played against a neutral team, he had neither ill nor positive feelings in response to positive or negative events during the game. When that same neutral team played against the participant's rival team, however, he reported intense feelings of happiness upon their rivals' loss and misfortunes throughout the match.

The experiments also revealed that people are more likely to feel good when bad things happen to wealthy individuals, and would even allow wealthy individuals to suffer despite having the ability to prevent it. According to the study's co-author Susan Fiske, these feelings and thoughts are likely the result of envy.

In highly competitive office environments, excessive schadenfraude amongst co-workers can occur, which could stifle an organization's growth. Still, the next time you're at work and feeling a bit like Bruce Nolan, take comfort in the fact that it's not your evil mind: it's simply human nature.