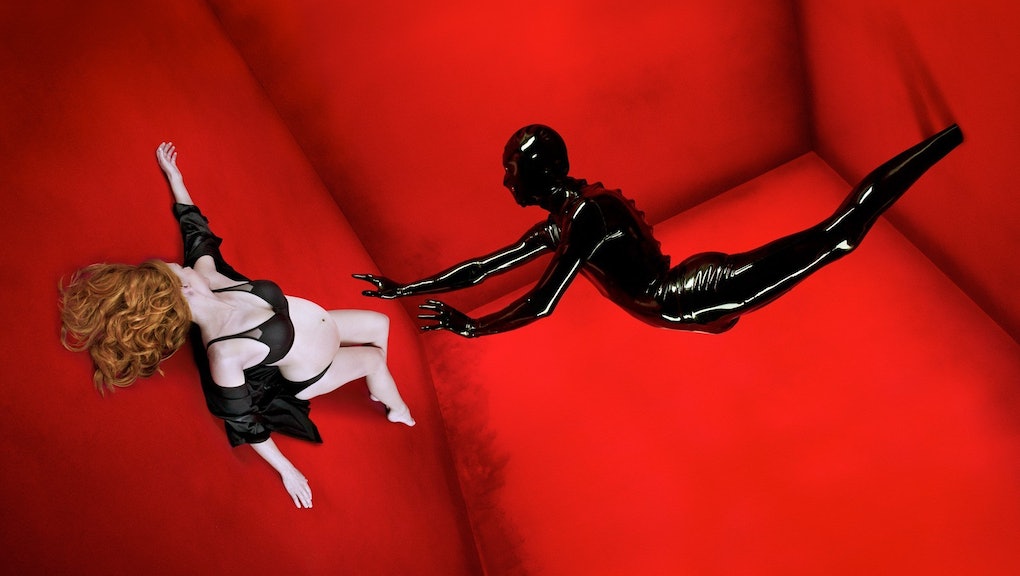 Are Horror Films Having a Feminist Crisis?

Tis' the season … to get scared stiff. Halloween is an annual fright fest full of decadent costume parties, booze, mischief, and, of course, a slew of terrifying films. Everybody loves a good cinematic scare. We all like the rush of dramatic, nerve-wracking irony as we watch the protagonist turn the corner to save the lead female role from a monster or — worse — herself. This common scene, however, is more frightening than it might appear.

The horror genre has repeatedly filled our screens and our consciousness with images of dangerous and vulnerable women who are rarely in a winning position. Of course, pop-horror films are often filled with tropes from the "funny black guy" to the "sweet and naïve girl next door." In some ways, that's part of the fun — they are predictable and laughable, and yet we still get a good shiver out of a well-done flick. But maybe we should take a moment to re-evaluate just what it is we're buying into when we fill those theater seats.

There are overwhelmingly archetypal women in horror films — two kinds especially: the vulnerable damsel, often murdered by a killer (think of pretty much any slasher film) or corrupted by a bigger, badder villain (think of the "she" in Lars von Trier's Antichrist). Then there are the dangerous, often hyper-sexualized monsters that seek out and take advantage of or kill others, usually men (the witch in The Conjuring, Megan Fox in Jennifer's Body). These characters aren't fair or complex representations of women. Rather, they limit female characters to their most static stereotypes and define them either by the trauma of violence or pretty damning cultural stereotypes. When we're gripped by these films, it's hard to recognize these characters as possibly problematic. But they are problematic because complex, real-women characters are still so sparse when it comes to mainstream cinema.

It's tricky to try and dissect a genre that is often built more off of scare tactics than plot or character development, but even looking at the popular series, American Horror Story, we are again bombarded with female characters being subjected to torture, being ostracized, and being victimized. Even worse, the women in the show frequently use sexuality and violence to achieve what they want. The show is a good way to explore issues common to the horror genre given the attention it has received. We know it's bad for women, we know we should be rolling our eyes, but we just can't look away. Can we knowingly consume sexist material as long as we recognize that sexism? Or by consuming such material, are we continuing to perpetuate such discomforting images of women?

Madeline Davies wrote earlier this year that she was tuning into American Horror Story because the women weren't passive, and that, for her, was refreshing. "So what makes American Horror Story okay for a feminist like me to watch? I have a theory: The women of AHS are strong as hell. They are the kinds of women who, when punched in the face, will spit out a bloody tooth then throw a punch of their own. I'm not watching because I like to see them brutalized. I am watching because I like to see them fight back."

American Horror Story definitely has viewers divided — is it feminist? Or is it just problematically disguised as a feminist television show? Whatever it is depends on who you're asking, but one thing is for sure, if we're going to have a serious overhaul of the representation of women within the genre, American Horror Story has the ability to do just that. As a series, it has greater room to develop characters, create story arcs, and dive deeper into subjects. American Horror Story could be at the forefront of changing tropes in horror cinema and television, but at this time it still seems to be toeing the line between falling into the same traps and completely evading them.

Yet these are issues that need to be confronted. Anita Sarkeesian, the voice of Feminist Frequency, did an excellent job pulling apart one of the horror genre's favorite bad girls, the "Evil Demon Seductress," saying, "When an evil-demon-seductress is on screen, men get to objectify her while having these sexist preconceived notions reaffirmed that women are indeed manipulative and deceitful. There's a real danger of women internalizing this sexist myth; instead of realizing our sexuality is something to be explored and celebrated, we're repeatedly told it's our only form of social power." The problem isn't that women are bad or sexy — women can be bad and they can be sexy — but the problem is the way those images are compounding with many other misogynistic images that already pervade pop culture. That's why horror films need to become more aware.

When it comes to horror, it's hard to say where to draw the line, but until we have more images of women that are complicated, interesting, positive, and act against problematic stereotypes, we need to be careful how we portray them in even our lightest (or, at least, most non-serious) entertainment.