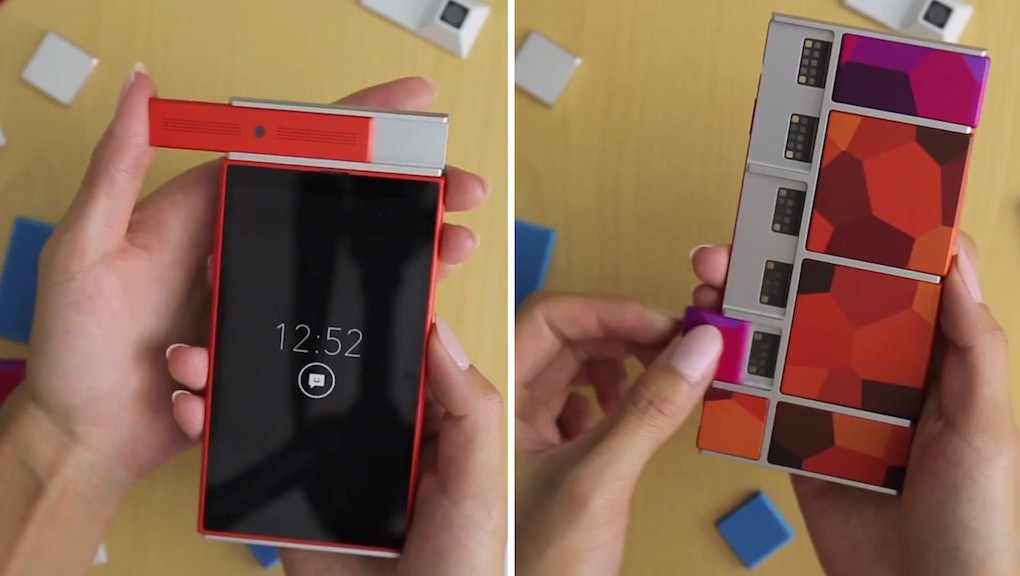 Motorola Teams Up With Phoneblok For Project Ara, the Ultimate Phone Platform

How incredible would it be if mobile phones were easily adaptable for your unique tastes and needs?

Beyond the available apps in your iOs or Android app stores, what if the phone's hardware was just as various and customizable?

Motorola, the recently acquired Google company, has announced a new mobile phone effort called "Project Ara," which intends to bring the "open source" concept to hardware by allowing third party developers to create the separate pieces of a phone that can be put together and customized as needed by the user. Each phone device will have a main endoskeleton or "endo" that holds all the different components together, while the rest is up to you … and the multitude of participating third-party module creators.

While Motorola says they'd been working on it for over year, there is no doubt that the project has been influenced by the intensely popular and independent Phoneblok effort from just a few months back. Motorola has teamed up with the creator of the Phonebloks and are promising a truly open and collaborative platform that could revolutionize mobile phones as we know them.

Think about the plethora of available apps in your iOs or Android app store — some useful, some interesting, some just silly and odd — and consider having that kind of variety in your phone hardware. Swap out that shattered iPhone screen, while keeping the rest of the phone. If you're someone that wants high image quality for pictures, improve just your phone's lens for one with a better resolution. What if you want more storage room, or a faster processor, maybe a hardware qwerty keyboard, a bigger battery, or … something else?! No problem. The sky is the limit when mixing and matching these open modules on your phone, for truly genuine customization.

I can already see the possibility of phones with juiced-up speakers for loud, clear music (that might just be annoying). Phones with compartments that double as hard-case wallets, Swiss army knife phones, phones that dispense pez candy, shoot lasers, or even fly … okay, maybe I'm going too far with the flying thing … maybe.

The term "open source" in technology is most often associated with software in which the source code is available to the general public for use and/or modification from its original design. Open source code allows for greater diversity due to third party input, and it sprouted as a response to closed/proprietary software owned solely by corporations.

Sounds like an amazing win-win and I cannot wait to see what comes next. Check this video below for a closer look.