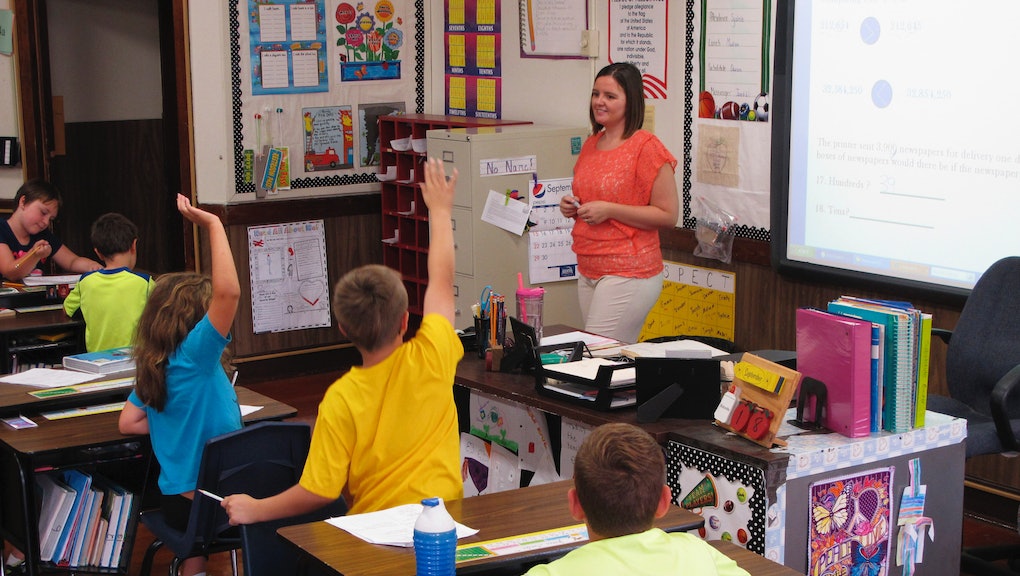 The Graph That Shows How Badly U.S. Education is Failing

This graph shows how much government money is spent on the average American student ($15,171 per student). According to a recent Organization for Economic Co-Operation and Development (OECD) report, that is more than any other developed country. Now where are the results?

In comparison, Japan spends $10,596 on average per student, $4,575 less. But Japanese students score higher than American ones by 33 points on the Programme for International Student Assessment (PISA) test. Mexico spends less than one-fifth ($2,993) of what the U.S. does per student, yet their students still score within 76 points of Americans.

If American students are receiving much more money than the average student worldwide, why are they performing so much worse?

One explanation is the funding model. U.S. public schools are funded through their districts, which pool money from federal, state, and local sources. Across the country, local funding is often tied to property taxes, which means that students who attend school in low-income areas with lower property values often end up getting the short end of the education spending stick.

But the recent OECD study also confirms that outright spending does not necessarily lead to higher test scores. In order to make spending better reflect student learning outcomes, changes must be made to the U.S. education system, which is marred by out-of-date practices and "red tape" that varies from state to state. Still, funding remains a huge problem - and to fix it, states should look to California as an example.

California recently passed a major education reform called the Local Control Funding Formula (LCFF), which ensures resources are distributed more equitably among California schools by responding to student needs. California will ensure that each school district and public charter school receives a base grant between $6,947 and $8,289 per student, based on his or her grade level.

For every student who is low-income, an English Language learner (EL), or in foster care, the district will receive a supplemental grant of 20% of the base grant for that student. When disadvantaged students make up more than 55% of a school district's enrollment, the district or public charter school receives a "concentration" grant of 50% of the base grant for each student who pulls them above the 55% threshold. The LCFF levels the playing field for California students by giving the state flexibility to inject more money into areas that need it the most.

Secretary of Education Arne Duncan has called the move both "common sense" and "revolutionary." If California can master the LCFF model, it could pave the way for the rest of the U.S. to climb back into the top world rankings in education.