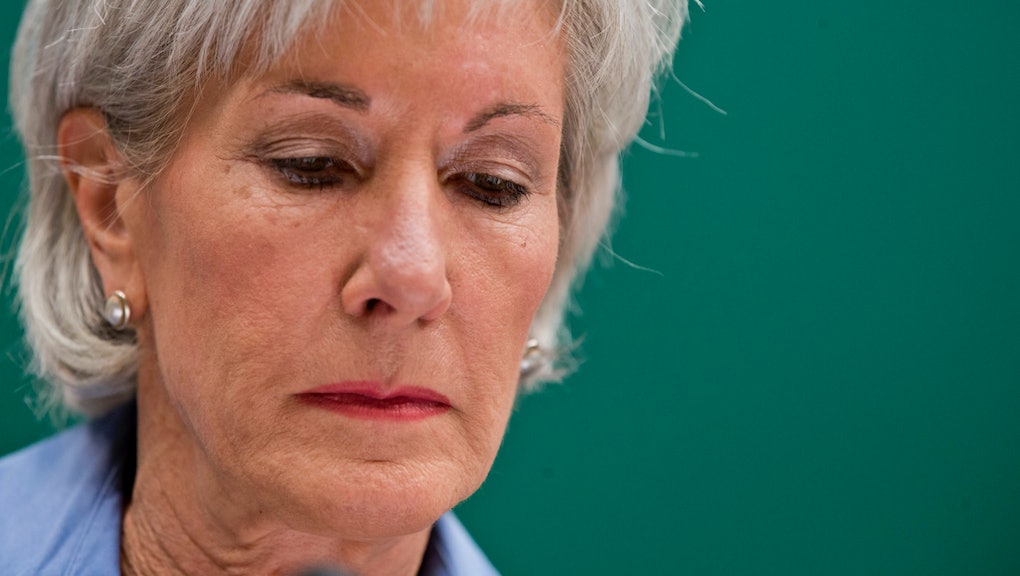 5 Obamacare Facts That Prove the HealthCare.gov Problems Are Just the Beginning

Yesterday was an unmitigated disaster for the Obama administration. In addition to continuing allegations about cover-ups and concerning the attack on the American diplomatic mission to Benghazi, the Fast and Furious operation that armed Mexican drug lords, the Internal Revenue Service targeting of conservative groups, and NSA spying on close allies of the U.S., Obama must now explain why he moved forward with his signature initiative, Obamacare. The program is not anything like the administration claimed it would be at the start, or even two weeks ago, and it is encountering huge technical problems that could significantly delay implementation.

If the administration had acknowledged the impending difficulties relating to Obamacare enrollment, the government shutdown and all the pain it inflicted on Americans might have been avoided. But egos obviously influenced the decision to move forward.

There are many other issues, misconceptions, and deceptions surrounding Obamacare. Let’s consider the history of this entitlement to be sure that we all understand the items that are currently on the table.

The cost of Obamacare. This is an elusive number. The original cost of Obamacare was supposed to be under $1 trillion. One estimate floating around has the cost at $1.36 trillion. Given the fragile state of the economy, our exploding national debt, and the need for further federal stimulus, why are we spending so much money to enroll 10% of Americans, at most, in Obamacare, many of whom will likely opt out?

Young people. An effective medical insurance arrangement should have both healthy and not-so-healthy participants, or rates will skyrocket for sickly participants. Obamacare, in effect, encourages healthy people to subsidize unhealthy people with the threat of a penalty. The question is, how many healthy people will opt out and pay the relatively small penalty to avoid a very costly new expense? If a large number of people, in particular young people, do opt out, Obamacare rates will become astronomical for those who do participate.

The cost to the insured. Before the roll-out of Obamacare, Americans were able to buy health insurance with very low premiums if they were prepared to accept high deductibles and fewer benefits. This is not the case with Obamacare; now, Americans must have other benefits, which are delineated in the law that will dramatically increase the cost of their policies. This will encourage people to opt out.

Doctors. Many doctors are not willing to treat Obamacare patients because their compensation will be restricted. This is a huge problem considering that 30 million more Americans in total will have medical insurance under Obamacare. One poll indicates that 44% of doctors in the state of New York will not participate in Obamacare, and 33% are not sure.

Signing in and enrolling. The website that was designed for Obamacare is not operating properly, and the importance of this cannot be overstated. The website is not just important for helping Americans to sign up for Obamacare; it also helps buyers make informed decision about the plan they want to purchase. Applicants need to determine which program suits their needs, whether they can afford the cost, whether they will be subsidized by the government, and whether Obamacare is cheaper or more expensive than alternatives given the benefits of each, among other concerns. It is not a simple task, and website glitches and the unavailability of advisers are making it even harder.

Remember the conversations surrounding voter IDs? Many Americans want the government to introduce a national identification card that would be required for voting, but liberals argue that the process of applying for an ID would disenfranchise poor people. Compare this to signing up for Obamacare, a significantly more complicated process. How many people will ultimately lose their dream of having health care insurance if the process is not streamlined and made more understandable?

Some conspiracy buffs are beginning to speculate that the Obama administration will soon use the problems associated with Obamacare to pivot towards conversations about a single payer government-sponsored health care system. It is far fetched to think that this was Obama's plan, but you shouldn't be surprised if the dialogue changes to the complete socialization of medical care in the United States.

President Obama has been surprised and uniformed much too often in recent months when it comes to the menu of scandals mentioned earlier in this piece. Do we really believe the president learns as much from the press as ordinary Americans? Once again, he is using this tactic to deflect responsibility for the problems of his program. Frankly, it is hard not to believe that he is either lying, is incompetent, or both.

The Obamacare crisis, which affects each and every American, was jammed down our throats. It was ill-conceived and could very well be one of the most damaging pieces of legislation in our history.

I’m waiting to see who the president throws under the bus for the Obamacare fiasco. One thing's for sure: he's not going to fess up and admit it was his mistake.