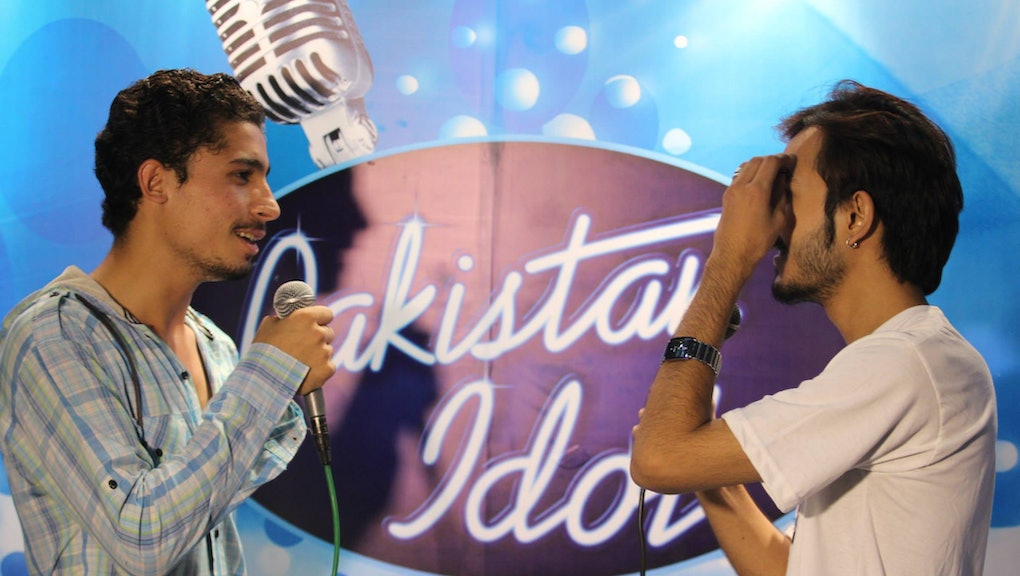 'Pakistan Idol' is Bringing Muslim Cultural Controversy Into the Spotlight

After six years of trying to gain a foothold in Pakistan's entertainment industry, the Pop Idol franchise will finally be debuting in the country later this year. This is a huge achievement in a society that has been heavily criticized by domestic and international audiences for its violent outbreaks, religious conservatism, and oppression of women, all of which are closely interconnected. Hopefully, Pakistan Idol will not only increase opportunities for young people hoping to break into the music industry in a society that is deemed to be traditionally conservative, but will also help to debunk the negative stereotypes that the non-Muslim world may have towards the region.

Local and international news sources have already begun to report on the significance of Pakistan Idol. The Wall Street Journal reported yesterday on how Pakistan Idol will defy stereotypes of Pakistan being a violent and religiously conservative country. The show will ultimately bring to light the country's rich musical heritage and the growing popularity of pop culture amongst young people. The article talked about how singing and dancing were supposed to be "haram" — forbidden — in Muslim culture. So, although the show is scheduled to air, Geo TV, the broadcasting network, should be prepared to deal with threats and make sure that contestants are safe.

By contrast, local news sources reporting on Pakistan Idol featured more straight reportage than op-ed style articles. They tended to gloss over the political climate, focusing instead on facts such as audition schedules and the history of Pop Idol. The omission is understandable, and it shows how cautious entertainment news needs to be. According to Rob Crilly from the Telegraph just a few months ago, two teenage Pakistani girls were rumored to be shot dead for dancing in the rain, and five women and two men were rumored to be killed for dancing together at a wedding.

In line with cautious reporting, the website for Pakistan TV briefly mentioned in a very matter-of-fact tone that, while the three original judges for Pakistan Idol were male, Geo TV thought it would be important to throw in a token fourth judge who was female. Geo TV could not have picked a more appropriate judge than Hadiqa Kiani. An established singer and model in the Pakistani entertainment industry, Kiani has been the face of a calmer and more moderate Pakistan. She promoted a softer image of Pakistan after September 11, and she regularly takes part in humanitarian relief efforts and even has a song on climate change sponsored by the UNDP.

With any luck, Pakistan Idol will spur a dialogue on the place of entertainment and pop culture in Pakistan and more op-ed style pieces will be written about the topic. The whole affair reveals how divided the country is — while many support Pakistan Idol, it is also bound to be met with backlash from the more conservative and religious elements in society. With so many potential obstacles surrounding it, I hope that the show will go on.