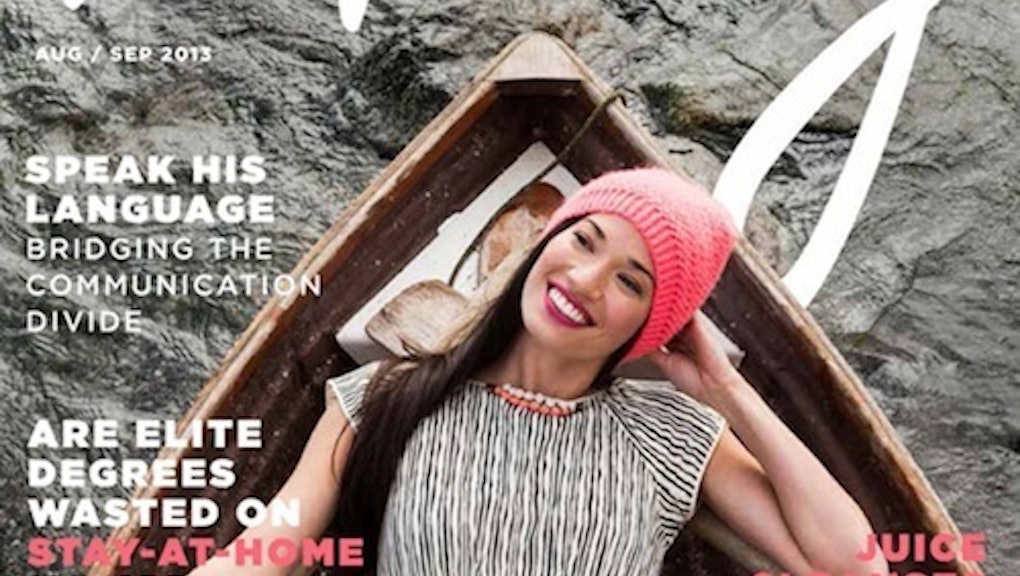 We were pretty bored at the eating disorder clinic.

Banned from all visual media, my fellow patients took up the pastimes of children: paper-crafting, painting, and reading books deemed appropriate by the staff. Why? Because it was impossible to turn on the television or skim through a magazine without encountering beautiful, stick-thin models.

You know, the ones we were killing ourselves to look like.

But we didn’t look like them; not quite. We had the same measurements, perhaps, but our ribs showed through our shirts and we always had dark circles under our eyes and hair that fell out in clumps. Whereas my skinny friends, my fellow anorexics and bulimics, looked sickeningly skeletal and sad; the just-as-thin models selling cheap clothes to teens were smooth and had great masses of shiny locks falling over soft shoulders.

Image-altering, from its humble beginnings of scissors and paintbrushes, has been going on since Abraham Lincoln’s head was pasted onto another politician’s body in the iconic 1860 portrait.

Body parts are isolated from various models and reassembled to create an image of "feminine perfection"; ears, noses, and tummies are trimmed into shapes intended to garner envy and encourage replication, specifically via the product being marketed. Photo manipulation is a near-guarantee in magazines, especially those whose target audience is insecure women seeking beauty advice.

But there is hope: the fashion-centric women's magazine Verily. Launched in June of this year, the magazine has a rebellious, no-Photoshop policy.

“We want to give [Verily’s readers] really good information, have them feel empowered instead of diminished or like there’s something they need to fix about themselves,” co-founder Kara Eschbach explains.

Verily’s models are still young, thin, professionally styled, lighted, and shot at the most-flattering angles, but you won’t be censored from a stray freckle or protruding collarbone.

And that might be the beginning of something beautiful, indeed.