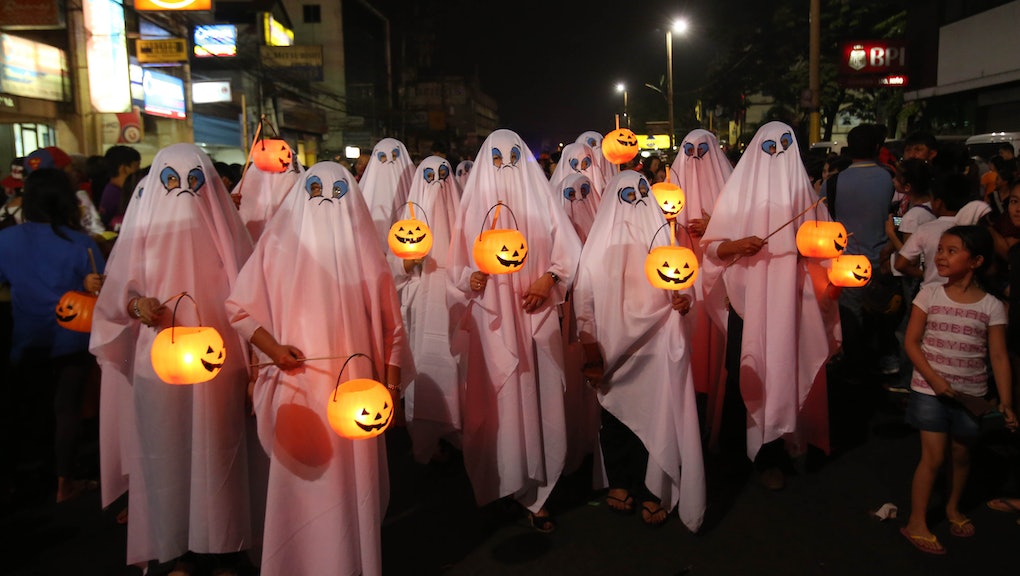 I used to love Halloween but people keep ruining it. I've come to realize that some people are unable to dress up without being bringing cultural appropriation, racism, or sexism into the mix.

I admit it. The endless tirade against sexy costumes either bores or enrages me. I really don’t care if you can’t find something to buy that isn’t sexy, you are probably a very creative person and I believe you can figure it out. We all get it, right?

I just think Sex and the City said everything that needs to be said on the topic:

Carrie: You just said a mouthful there, sister.

This Halloween, more than any other, has definitely showcased for me that there is a significant lack of awareness around how political costuming can be. It’s probably only due to my own privilege that I missed a lot of this conversation before.

If you have been in a cave sewing sequins on your gender-bender costume, you may have missed the outraged sparked by racists deciding to dress up as Trayvon Martin and Geroge Zimmerman. Here we thought, in 2013, that we could all collectively agree that wearing blackface is a bad idea. Apparently these folks weren’t cc-ed on that memo.

Ohio University saw cultural appropriation as the epidemic it is and made a poster campaign about it:

Then there are the costumes that may not be as explicit as blackface, but go for cheap shock and outrage. This past weekend, I met a woman who told me that her costume was "a beat-up prostitute." The cheerfulness of her introduction caused me to lunge for my beer as a table of eyes swiveled toward me, the feminist writer.

I wondered if she had any idea that she was dressed like a battered women on the same streets where police officers sometimes collect the fingerprints of sex workers so that when their bodies are found they can be identified.

It's not that hard to keep Halloween fun for everybody. Just stop and think: is this making fun of the dead or marginalized? Am I in blackface? Saying "no" to those two questions gets you at least halfway there. Use your moral compass to take it all the way home.