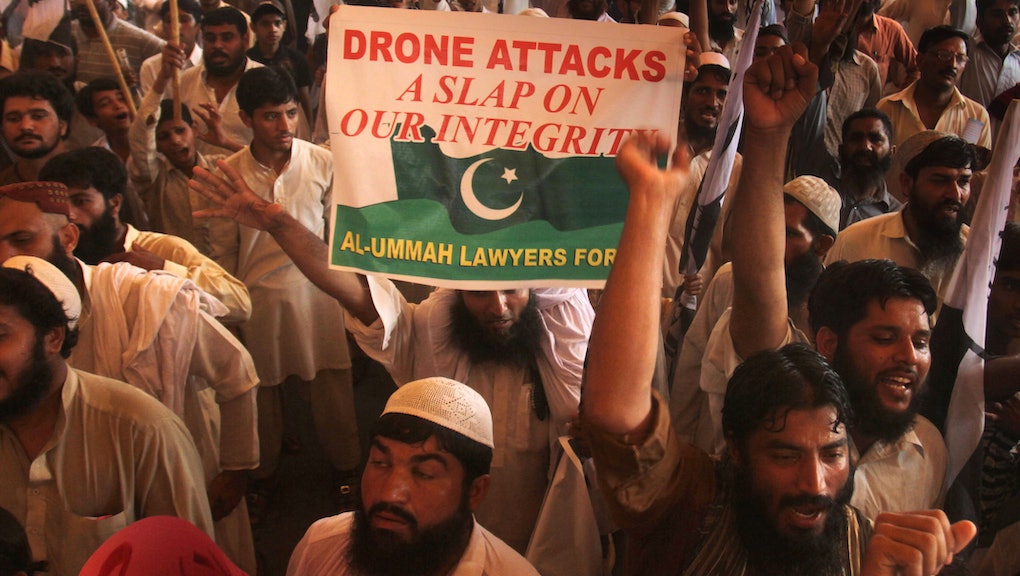 Watch the Testimony On Drones That Brought Congress' Translator to Tears

Someone that you have never seen, have never talked to, and in all likelihood would never even have thought about, just killed your mother and hurt your children. You don't know why, and you don't know when it will happen again. And the murderer is in plain sight: in this case, hovering over your village. A child asks you if they're safe. What do you say?

This is the situation Rafiq Rehman, a Pakistani primary school teacher, described recently to a congressional committee.  His translator ends up in tears as he queries: "How can I in good faith reassure the children that the drone will not come back and kill them, too? If I do not understand why it killed my mother and injured my children …"

What Rehman is describing might as well be an angel of death. It hovers over villages for days, and then suddenly takes off. Some otherworldly and arbitrary code compels it to kill someone else's neighbor, or family.

And that's part of why we have trouble really even tackling the issue. New technology and what it can do is often hard to wrap your head around. New technology challenges our ethics, our decision making, and our lifestyles. It's easy to slide into the future with your shiny buttons and screen.

But let's look at the facts. When there are children who for their entire lives have been taught by teachers who must lie or in good faith say 'that thing will be back, and it could kill you,' we can't talk about drones in abstractions anymore. We can't talk about drones as a viable alternative to boots on the ground, or for their efficiency, or for their technical specs. We've lost perspective. How many times can we hear that a war on terror is causing terror before hating ourselves, and forcing a change?