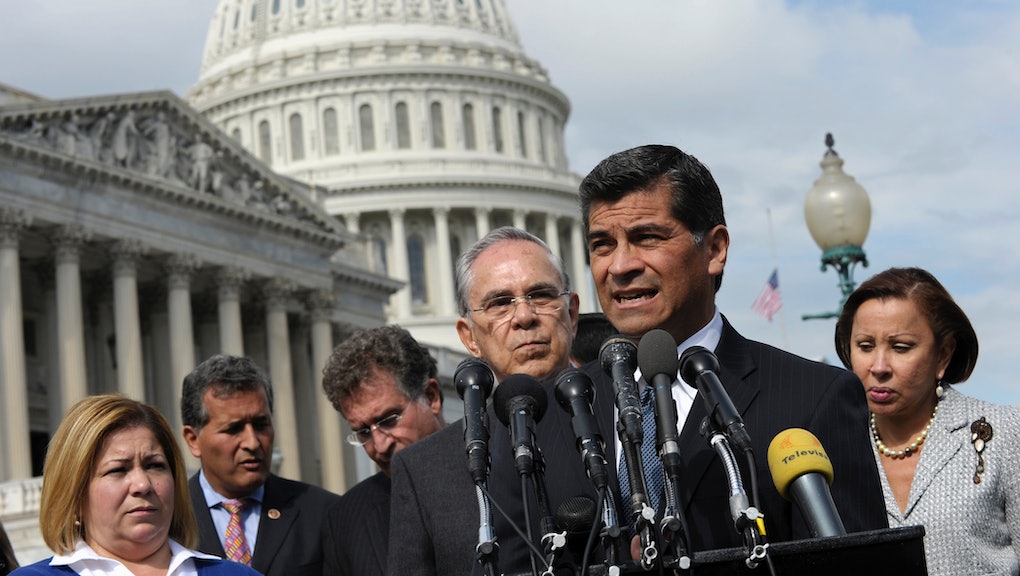 Immigration Reform 2013: 4 Small Fixes That Almost Everyone Can Agree On

It is becoming increasingly clear that if immigration reform has any chance of passing in the near future, it will be as a series of piecemeal bills dealing with individual aspects of the system. That's okay.

There is more to immigration reform than simply border enforcement or providing a pathway to a legal status for the country's twelve million illegal immigrants, although those are definitely major aspects that all sides must find compromise on eventually. It is not sufficient to follow the Heritage Foundation's lead by insisting that all we need to do is enforce existing laws.

In the meantime there are many issues facing our immigration system that require revision and could be dealt with in a piecemeal approach. Here are just a few.

The Northern Mariana Islands are a collection of far flung islands in the Pacific Ocean. They could be best described as the often forgotten step-brothers of Puerto Rico. Both are commonwealths in association with the United States. Both enjoy a high degree of autonomy in local affairs except for defense and foreign policy.

Notably the Northern Mariana Islands were even allowed to form their own immigration system independent of the U.S. immigration system. This allowed them to create a guest worker program to draw in much needed labor during the peak of the islands' economic activity. This ended some years back when the United States revoked the commonwealth's independence in immigration policies.

Unfortunately for thousands of guest workers in the Northern Mariana Islands the U.S. federal government did not properly take into account what their future status would be and several thousand are now stuck in political limbo. The Senate's immigration bill (Sec. 2109) would have provided these workers with a more permanent legal status.

These workers were invited by the Northern Mariana commonwealth. They migrated lawfully. They pay their taxes, and they work hard. Admittedly they may not speak fluent English, but only a little over 10% of the total population speaks English anyway. Surely we can all agree that they have done nothing wrong and deserve to be allowed to continue living and working in peace.

The Senate immigration bill included two provisions addressing agriculture workers. The first portion granted amnesty and an accelerated pathway to citizenship for current illegal immigrants in the agricultural sector. This portion, along with other portions dealing with the nation's illegal immigration population, is likely to be sharply opposed by Republicans.

The second portion (Sec. 2231-34), on the other hand, focuses on phasing out the current agricultural worker program in favor of a more modern system — the blue card. The blue card program would increase the number of nonimmigrant visas available for employers and increase the protection for immigrant workers.

It allows for visa recapture, which means that unused visas would roll over to the next season, and would increase the initial amount of worker visas available. This increase in legal migrants means that employers will be less likely to employ illegal migrants when they can employ legal ones. It also discourages illegal immigration by providing economic migrants a relatively cheap and easy method to come to work legally.

Perhaps more importantly it introduces visa portability, meaning that an immigrant with a blue visa is capable of changing employers during the validity of their visa. Preparations for Qatar's world cup illustrate the abuse guest workers face when they are unable to change employers. Even proponents of decreased migration should support the blue card's introduction of portability on humanitarian grounds.

As I've brought up in earlier articles, one major revision that the United States needs in its immigration system is an introduction of a point-based system similar to Australia, Canada, and others.

The Senate bill (Sec. 2301-2) would have introduced a point based system that would tilt the favor towards English-speaking, college-educated twenty somethings at the prime of their working lives. These are the best migrants that our nation can hope for.

They have already been educated elsewhere and so won't be a drain on our K-12 systems. They are young and healthy and so won't be a drain our health care system. Given the state of our entitlement programs it is unlikely they will ever draw from them when they reach old age. They speak English, which enables them to do business with the vast majority of Americans.

I would personally prefer a restriction on Canadian immigrants in order to discourage the Canadian "eh" from creeping into our proper English, but that's just me.

The Affordable Health care Act is here to stay. This is something conservative readers might not like to hear, but it's the truth. Within a generation or two it will be political suicide to even consider repealing it. FDR and LBJ's entitlement programs were hugely unpopular among the non-left when they were first introduced, but how many politicians today run on platforms to get rid of them? Obama's health care act will soon follow suit.

That said, the Affordable Health care Act has failed to provide adequate mechanisms to increase the supply of doctors. The Conrad 30 program introduced in the Senate immigration bill (Sec. 2401- 05) would provide one such mechanism by easing the migration process for foreign doctors willing to work in underserved fields.

Of great significance is the fact that the program would introduce an element of federalism to the migration system by giving individual states discretion on how to distribute their allotted slots for foreign doctors. If Arizona doesn't want to import foreign doctors in order to protect its domestic doctors from competition, for example, it doesn't have to.