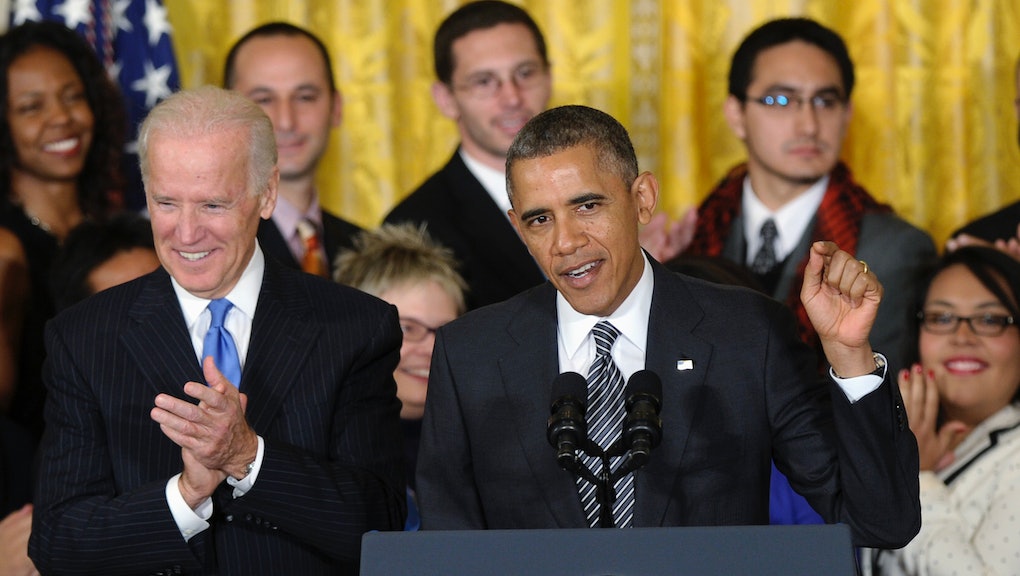 Comprehensive Immigration Reform Won't Happen, and It's a Bad Strategy For the GOP

Several House Republicans from minority-heavy congressional districts have voiced their support for the comprehensive immigration reform bill passed by the Senate in June. The New Republic, among others, has suggested this signals a shift in the Republican stance on the bill and increases the likelihood that action will be taken before the end of the year.

While Speaker John Boehner and Majority Leader Eric Cantor’s recent statements may seem to support this theory, GOP leadership is moving in another direction: from comprehensive immigration reform bill to an issue-specific approach. The current bill is far from perfect, regardless of where one falls on the ideological spectrum. From a liberal standpoint, the path to citizenship it proposes is long, costly, and arduous; from a conservative standpoint, its stance on “sanctuary” for undocumented immigrants is problematic at best. Still, the most recent GOP tactic may be little more than an electoral power-play.

Since the GOP’s approval ratings plummeted earlier this month, Republicans need to regain their electorate’s trust and rebuild their political capital. Furthermore, having lost the battle on Obamacare and suffered a humiliating loss in the debt ceiling stand-off, the GOP needs to gain leverage for the next round of debt ceiling negotiations in December. Stalling immigration legislation while suggesting smaller legislative interventions on the issue is an excellent short-term strategy. The likelihood that House Republicans will draft, vote on, and pass a series of measures similar to those proposed in the Senate bill in the next few weeks is infinitesimal.

Of the few bills that have been drafted by the House committees, none have been put to a vote, and given its tough stance on funding for Obamacare, it is unlikely that the White House would further compromise on immigration. President Obama has made several allusions to this effect in recent weeks. The resulting stalemate would undermine the only principle both parties agree on: that such reform is urgently needed and the costs, both human and financial, of inaction are great.

Recent studies have shown that comprehensive reform would increase GDP by 1.6% and save the country an approximated $410 billion over the next 10 years. Both liberal and conservative business groups have demanded that action be taken on this issue, since cumbersome current immigration laws are limiting their access to both skilled and unskilled workers. A report released on Tuesday by the Bipartisan Policy Center asserts that the high proportion of young immigrants would help defray the costs of taking care of older citizens, and that immigration reform leading to legalization of undocumented immigrants would contribute to revitalizing the American economy. Most bipartisan scholarly analyses support the idea that comprehensive reform of some kind is necessary.

Regardless of whether comprehensive reform passes this year or not, this new spin on obstructionism is a terrible idea for the GOP. It alienates minorities and stalls reforms that would benefit the economy. By focusing on short-term electoral and political gain, Republicans may jeopardize their long-term future as a party.