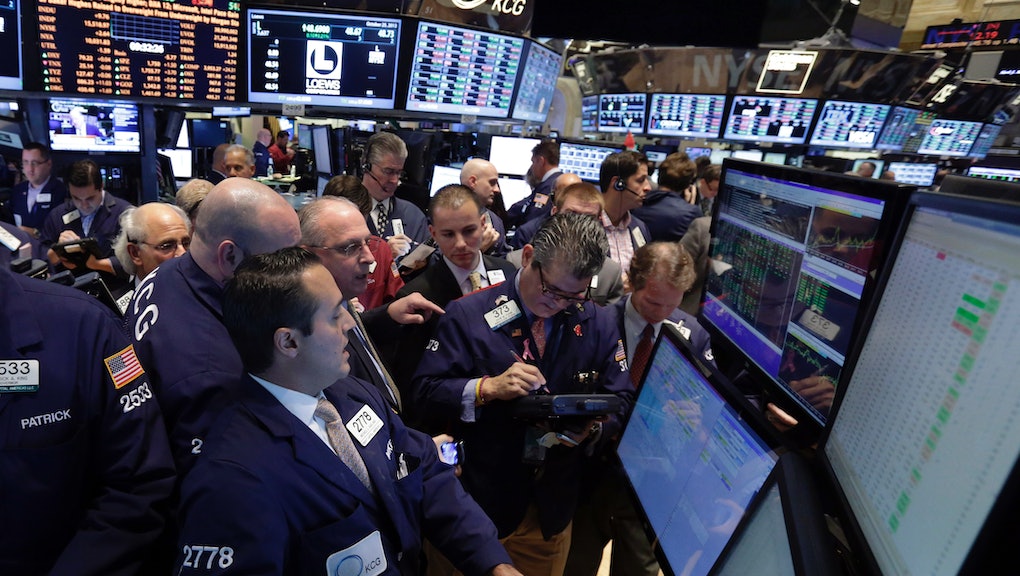 The Super Rich Think the Economy is Doing Just Fine

A recent survey by the American Affluence Research Center shows that the richest Americans feel good about the current state of the economy. According to this survey, the top 10% of income earners in this nation actually feel better now than they did in 2007, before the recession began. But while those in the penthouse suites celebrate the stock market resurgence, the majority of Americans have nothing to be happy about, because we're stuck at the bottom floor.

When so many middle-class Americans were losing 401(k) accounts during the recession, what did it matter to the super rich? Right now, as Congress and the president are both in the red with their approval ratings, Americans also believe that the economy is just as stagnant as Congress. A whopping 64% of Americans think the economy is still getting worse. Since the outset of the Great Recession, we've had the worst income inequality of the century. It is this economic inequality that affects the majority of Americans as those who have the most do not derive their income from wages, but from stock earnings.

When the top 10% of America's income earners control 50% of our nation's wealth, no wonder the richest amongst us feel that the economy is getting better. Throughout the recession, those who have gained the most out of the "recovery" are the best off. In 2012, the top 10% earned 50% of the nation's income, with the top 1% earning 22.5%.

The richest Americans are also the ones fueling the sporting events that are our political campaigns. According to a report by the Sunlight Foundation, cadres of elite donors are increasingly donating money to politicians. Ten thousand individuals gave $774 million dollars in the 2010 election cycle. This led to 17 people giving $500,000 dollars each.

Meanwhile, real wages have remained stagnant for the majority of Americans. According to the American Enterprise Institute, wages have been stagnant for the last 12 years. All of this is happening at a time when President Obama's popularity has hit a new low at 42%.

The economy might be fine for those in the top 10%, but for everyone else, the recovery is just a story on CNN.