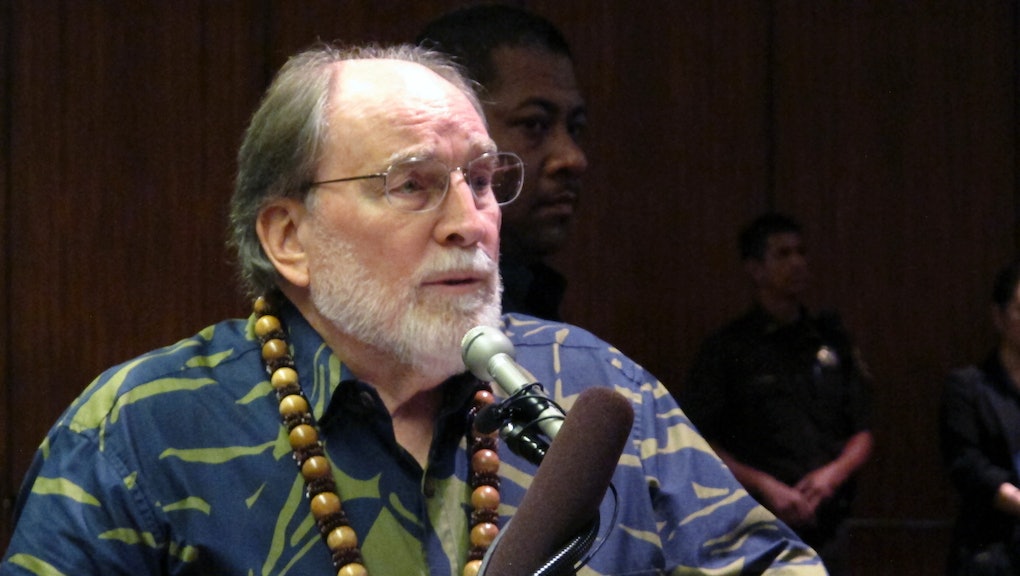 Hawaii to Be the 15th State to Legalize Gay Marriage

Hawaii's Democratic Governor Neil Abercrombie signed Hawaii's civil union law in 2011. On Monday, he called a special legislative session to vote on the legislation. The state Senate passed the measure 20-4. Three Democrats broke ranks to side with the single Republican senator. The bill is expected to pass in the House of Representatives, which hosts 44 Democrats and 7 Republicans. A committee will consider the bill on Thursday, but a chamber vote is not yet scheduled. The bill exempts religious leaders and religious institutions from having to perform same-sex marriages.

Abercrombie said, "I think Hawaii has always celebrated its sense of Aloha for one another. This is a question of equity."

In 1993, Hawaii's Supreme Court ruled that restricting marriage to heterosexual couples was discriminatory. That decision spurred a national backlash leading to several constitutional amendments banning same-sex marriage. In 1998, Hawaii passed such an amendment. The decision to reverse that choice symbolizes the changing national perception and recognition of marriage equality and gay rights.