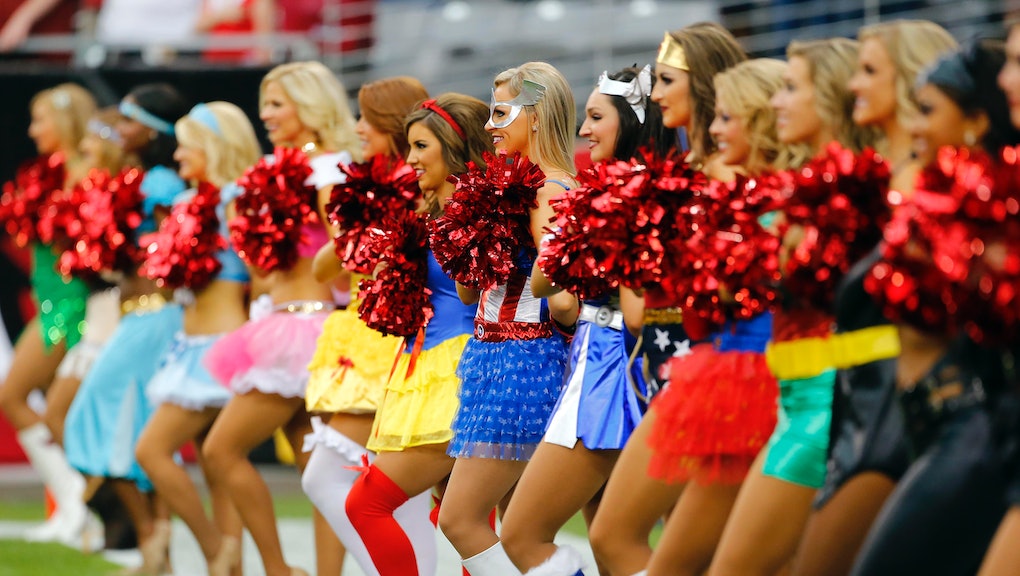 Bros, Sexy Halloween Costumes Are Not An Invitation

Sixty-five percent of millennials will dress up for Halloween and it looks like we’re in for another year of women mostly wearing sexy costumes and men wearing, well, whatever they want. There are plenty of articles about how this is sexist and unfair and needs to be changed, along with a few articles telling everyone to calm down and just let women wear what they want.

I’m not taking a side, but simply accepting that women will be dressing sexy, and that we as men have a responsibility to let them enjoy a costume as an escape from reality, however that looks for them, even if it's a sexy pizza.

Most of my female friends plan to be a sexy version of something this Halloween: sexy cat, sexy ghost, sexy Axl Rose. However, they don’t say, "I’m gonna be a sexy cat, hopefully I’ll meet a guy that wants to DO me!"

My impression is the "sexy" is not about sex, it’s about creativity, escape, and expression.

Indeed, according to a recent survey, 87% of women have not had a one- night stand on Halloween. Despite that, nearly half the men surveyed think that women are up for a "pleasurable night." This implies that more women could be having sex on Halloween if they wanted to, but they’re not. Which means their costumes are sexy for another reason.

I’ve been talking with some of my straight male friends about sexy Halloween costumes the past couple days and most of them think that women are just looking to have fun, not necessarily sex. Almost all of my friends did say that the more revealing the costume, the more likely they are to think the woman is sending some sort of message but no one really knew what it was — only what it wasn't. As one friend said, "It’s not an excuse for dudes to assume that women want to have sex with you in particular, or even that they want to have sex." Right on.

Halloween is about escapism, about being something you’re not for a night. If a woman dresses up as Dracula’s bride, we easily recognize that she isn’t going to bite us but if she wears a mini-skirt while she does it, she is a slut?

Guys, I think we should try something a little different this Halloween. It could be more enlightening, more fun, and more respectful if we asked women why they are dressed as, say, sexy Cookie Monster, rather than simply assuming the short skirt is inviting us to hit on them. Does she like cookies? Did she grow up watching Sesame Street? In other words, engage her like she is a woman, not a green light.

I'm excited to be a zombie this year. Not because I secretly want to eat brains, but because it's fun to dress up and pretend. And if I meet a sexy Eskimo along the way, I'm going to assume she has the same motivations, no matter how short the skirt.