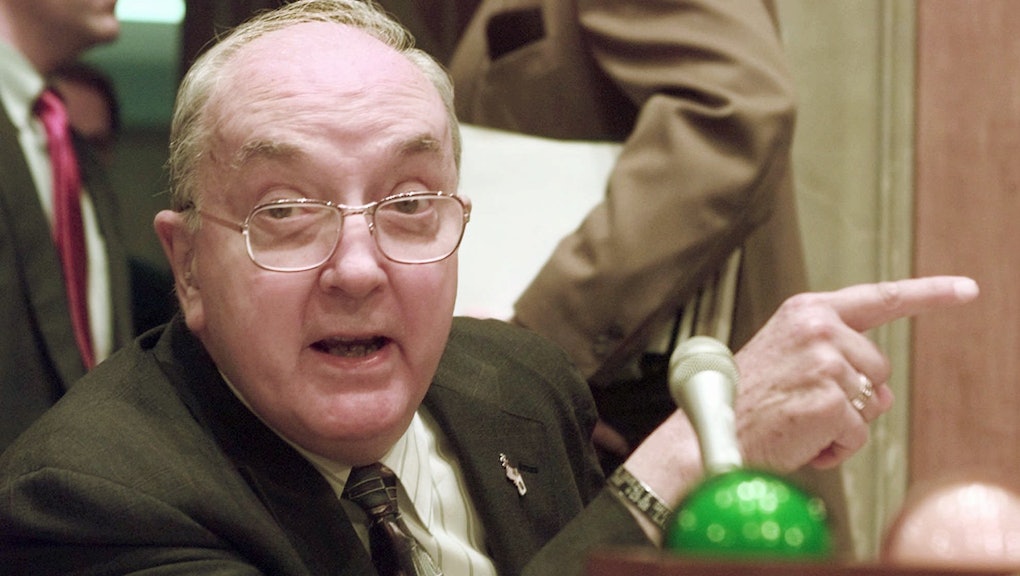 Watch These Gay Activists Punk One of America's Most Bigoted Senators

In an era when Republican President George W. Bush sponsored an expansive $15 billion HIV/AIDS relief program, it’s hard to remember that treating HIV/AIDS was once a controversial policy. As Randy Shilts noted in his seminal work, And the Band Played On, for decades the HIV/AIDS crisis was ignored and downplayed by American politicians, journalists, and doctors.

Perhaps it was politicians, though, who ignored or downplayed the AIDS crisis the most. Sen. Jesse Helms (R-N.C.), who served from 1973 to 2003, was the furthest right-wing member of the Senate in his day (think a racist Ted Cruz). He filibustered the act to make a national holiday to celebrate Martin Luther King Jr., opposed the Civil Rights Act and the Voting Rights Act, and never saw a proposal to cut food stamps he didn’t like. He also fought fervently against HIV/AIDS treatment programs because he believed it was punishment for unnatural behavior. He called homosexuals “disgusting,” saying, "Nothing positive happened to Sodom and Gomorrah and nothing positive is likely to happen to America if our people succumb to the drumbeats of support for the homosexual lifestyle."

He got what was coming to him. Watch as gay rights activists cover his house with a condom.