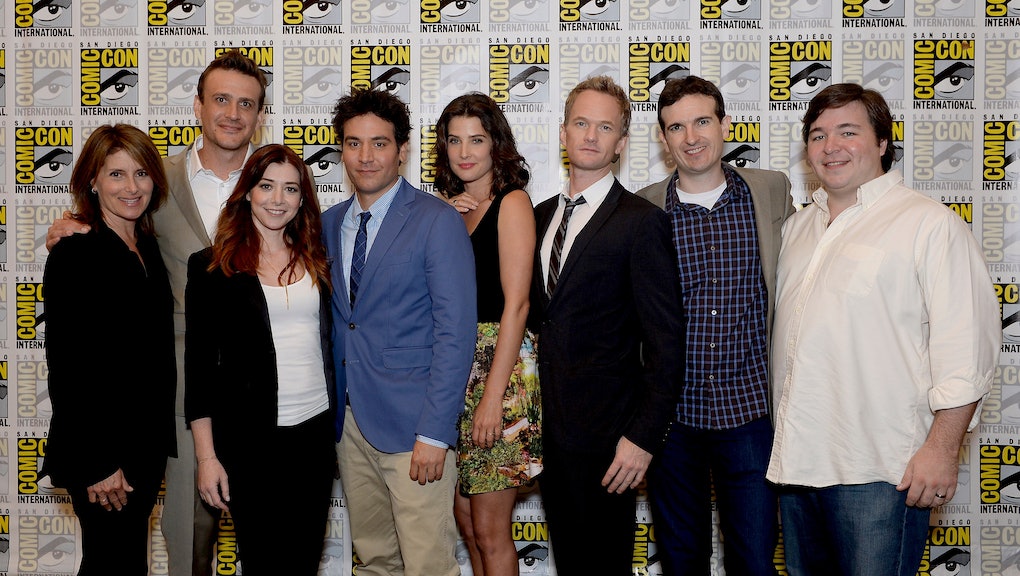 After nine seasons, How I Met Your Mother will end in May 2014. Or at least it was supposed to. But now Deadline is reporting plans for a spinoff series titled How I Met Your Father, because network television is apparently a barren wasteland of ideas, satisfied to keep regurgitating the same material over and over until the only thing people are watching is Netflix.

It goes without saying that this is a terrible idea. The nine seasons of HIMYM were themselves dragged out for too long — repeating the same process with new faces is a sure-fire way to beat a dead horse. Not only is it the same premise, but rumors are it’ll be the set in the same bar, too. Apparently the only way to make a new hit show is to make a spinoff as close to the original as possible. Truly Genius.

What’s troubling isn’t that this is a new practice for television as a whole, because it isn’t. CBS (HIMYM’s network) has been doing this for years. It took its anchors C.S.I. and NCIS, added a word or two, and bam! Brand new ratings giants. Same exact shows, same premise, different characters. With Law and Order, NBC didn’t even bother to change locations, just sexed it up a bit. The practice of remaking shows with just the tiniest of twists is old hat for network dramas. But it is a new practice for sitcoms, and not a promising one.

Comedy works best when it’s fresh and surprising. The reason why a spinoff like Frasier worked was because it was an entirely different show than Cheers. Joey didn’t work because it was the same character doing the same shtick he did for 10 seasons of Friends. A spinoff with the same setting and same plot line of HIMYM is going to get old real quick — any diehard fans CBS is hoping to carry over to a new show are better off watching reruns of the original (probably on Netflix, to boot).

It is, I suppose, a bit promising to hear that networks are still committed to sitcoms in the Friends mold, after a fall television season that saw the rise of family sitcoms spread like a banal epidemic set to laugh-track. But in a world where Happy Endings gets canceled after three seasons, let’s leave the rehashed spinoff ideas at home, please? It’s not as if a show centered on a woman finding a husband hasn’t been done before. And no matter how much you loved Mother — probably more than Jason Segel — a Father spinoff is a foolproof way to divorce from anything remotely resembling good television.