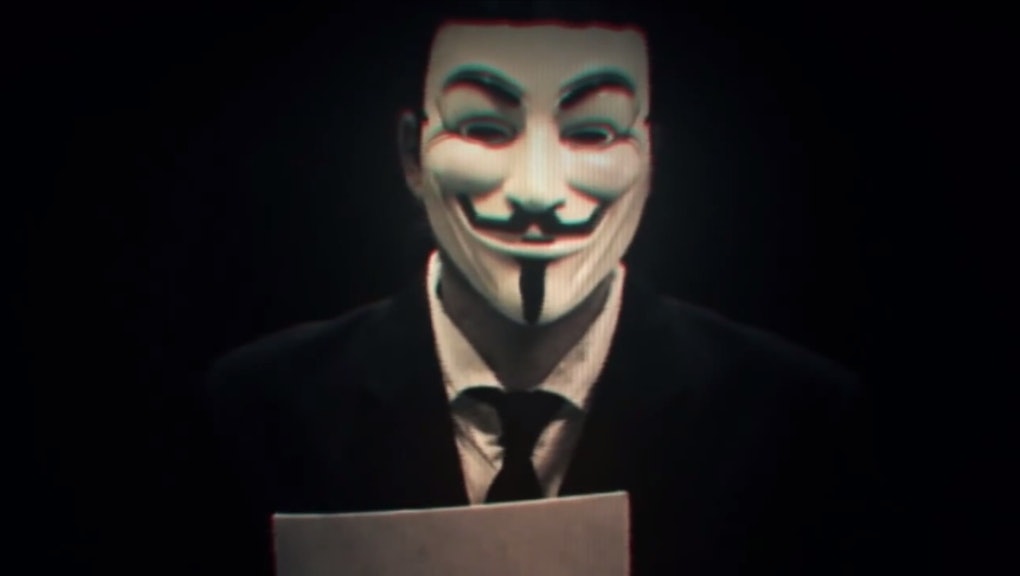 Hactivist collective Anonymous has decided enough is enough, and that it's time for Americans (and sympathetic others around the world) to stand up and reclaim their government from the clutches of corrupt politicians who espouse tyranny.The group announced that on Nov. 5, it will hold a "Million Mask March." They expect hundreds of thousands of participants to descend upon over 400 locations, including Washington, D.C., in an expression of solidarity against oppression and despotism.

Participants are encouraged, but not required, to don masks featuring the likeness of Guy Fawkes, who is known for his involvement in the Gunpowder Plot of 1605. Originally considered a symbol of treachery, popular culture rewrote his legacy as that of a hero fighting against unjust. Nov. 5  was designated Guy Fawkes Day. The 2006 film V for Vendetta popularized his visage, and Anonymous eventually appropriated this mask and the date for its own purposes.

The main event is scheduled to occur at the Washington National Monument, evoking memories of well-known gatherings such as the legendary March on Washington for Jobs and Freedom, and countless other Million [insert noun here] Marches.

Exactly what Anonymous hopes to achieve through this march is unclear. However, the group is known for its decentralized and laissez-faire approach to organization, and this march may signal a shift towards a more clear, focused agenda. It will also serve as a litmus test, gauging the eagerness of Americans to commit to another Occupy Wall Street style movement.

Ultimately though, it's difficult to imagine the group scoring a clear victory with this march. While most Americans are fed up with the political antics that have caused an unending governmental stalemate, there is no acute impetus novel enough to rally around, as with the Great Recession and the Tea Party movement in 2009, or the global crescendo of political instability that lead to the Arab Spring and Occupy Wall Street movements.

Furthermore, even with the massive support, publicity, and dissemination of its objectives, Occupy Wall Street has all but disappeared, after failing to accomplish its major goals. Anonymous shares many of these goals, but has neither the momentum behind it, nor a real platform from which to combat the financial and political discrepancies plaguing the nation .

Still, if Anonymous is serious about revamping its approach and transforming into a more effective political action group, it has picked a uniquely millennial approach for doing so by creating a cultural mashup of a call to action. So as Guy Fawkes, V, or Anonymous might say, "Remember, remember, the 5th of November," and don't ever stop fighting for your inalienable rights. The status quo is betting that you will.