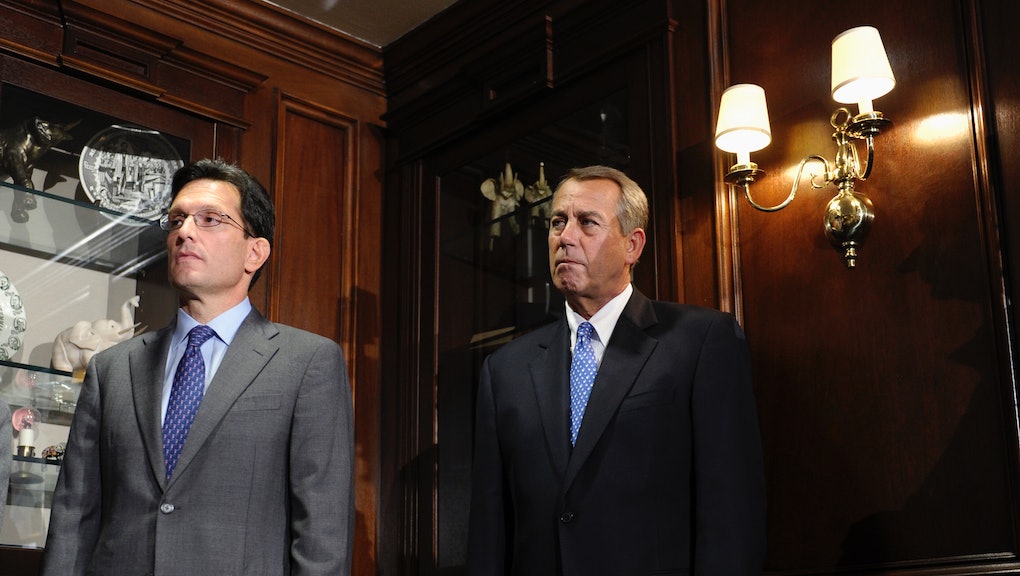 Because 2013 was such a smashing success, the House has decided to reward itself by slashing the number of days they'll be in session in 2014. It must be really nice to have your salary protected by law and also be able to control the number of days you work.

House Majority Leader Eric Cantor released the schedule on his website Thursday, and it shows members will only meet for 113 days — down from 126 in 2013.

And even though they'll be working two weeks less than they did last year, we'll still be paying all of our House members the same thing they made last year: A whopping $174,000. That's right — the House makes more than three times the median income but works only one third of the time.

So where will those two weeks go? Into the abyss? No. They'll spend them campaigning. 2014 is a campaign year, after all, and the many incumbents running for reelection will want as much time as possible to get their messages of effective government out to the public, because their work doesn't exactly speak for itself.

The 113th Congress is on track to be the least effective Congress in modern history. As hyper-partisanship has increased, Congress has gotten progressively less productive since the 106th congress took over in 2003. Since then, fewer substantive (i.e. non-ceremonial) bills have been passed each go around. It should also be no surprise that the Congressional approval rating has been falling steadily since that time as well.

The only silver lining to this annoying announcement is that they'll have less time to take over microphones on the House floor and make fools of themselves.